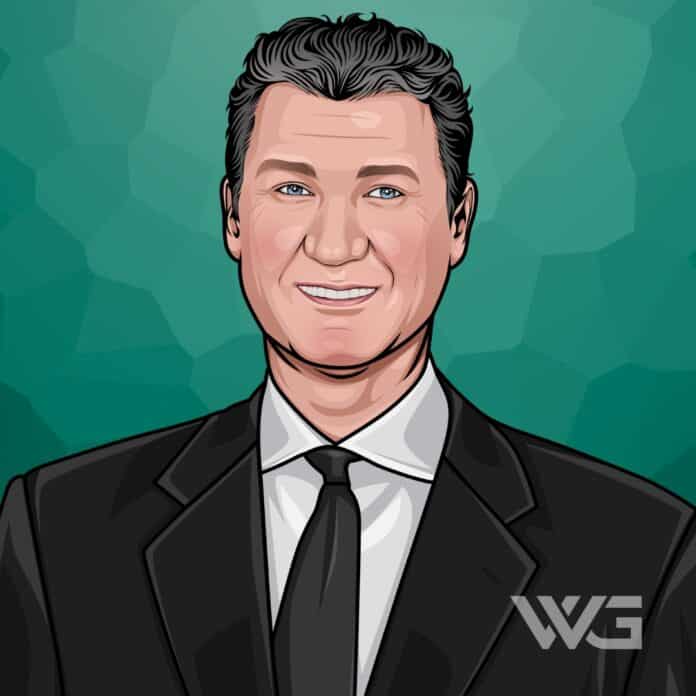 What is Mario Lemieux’s net worth?

Mario Lemieux, despite never being able to play a full season, is the only person to have his name on the Stanley Cup as both a player and an owner.

While he retired officially in 2006, Lemieux continues to grow his substantial fortune as the part-owner of the Pittsburgh Penguins.

As a child, Mario started playing hockey in his basement with his brothers before his father built a rink in their front lawn for they could practice.

In 1977, Lemieux competed in the Quebec International Pee-Wee Hockey Tournament before starting his career with the Laval Voisins and the Quebec Major Junior Hockey League.

During the 1983-84 season, Lemieux broke the league record for points in a season, having scored 282 overall.

Prior to the 1984 NHL draft, Lemieux announced that he would play for whoever drafted him, but he became deadlocked with the Pittsburgh Penguins due to contract negotiations.

Lemieux later said that he was upset due to the negotiations because it didn’t seem like Pittsburgh wanted him badly enough.

Fortunately, after the draft, Lemieux was able to settle on a $600k contract with a $150k signing bonus.

When Lemieux started with the Pittsburgh Penguins in 1984, they were in financial ruin, having previously declared bankruptcy in 1974.

However, this didn’t stop Lemieux from becoming a breakout star on the team, earning a spot as the first rookie to be named the All-Star Game’s MVP.

Despite having to miss seven games his first season, he still scored 100 points and won the Calder Memorial Trophy as the Rookie of the Year.

Lemieux continued to play well the next season and finished second behind Wayne Gretzky in points scored.

However, during the 1989-90 season, Lemieux ended up having to leave a game due to an injury that progressed into a herniated disc that developed into an infection.

Due to needing back surgery, Lemieux missed 50 games, but when he returned, he scored 16 goals and led the Penguins to their first Stanley Cup title, despite intense back pain.

Injuries and illnesses continued to plague Lemieux when, in 1993, he announced he was diagnosed with Hodgkin lymphoma, which caused him to miss two months of the season.

On the last day of his radiation treatment, Lemieux played against the Flyers, scoring a goal to assist in his team’s victory, a feat which garnered him a standing ovation from even the Philadelphia fans.

In 1997, Lemieux retired, and following his departure, he purchased the Pittsburgh Penguins after their financial situation became increasingly dire.

However, in 2000, Lemieux returned to the ice and proved that his talent had not waned when he scored a goal only 33 seconds into his first game.

Unfortunately, due to his injuries, Lemieux ended up missing many games during his return to the NHL, and in 2006 he announced his final retirement at the age of 40 due to injury and atrial fibrillation.

With his impressive net worth, Mario Lemieux stands out as one of the richest hockey players in the world, and he’s consistently earned a huge salary during his time in the NHL.

While not all information about his career earnings is available, we have uncovered some of his most important gains.

Now the second wealthiest NHL player, Mario Lemieux has earned a massive fortune during his career as both a player and an owner.

Today, the couple live in the Pittsburg suburb of Sewickley, where he has previously invited young Penguins players to stay while they settle in the area.

On social media, Lemieux is active on his official Instagram account, where he posts about hockey, events he attends, and his family.

He can also be found on his official Twitter account, where he promoted the Lemieux Foundation, which is geared towards cancer research and creating playrooms for kids in medical facilities.

Mario Lemieux has numerous awards and achievements under his belt, and he stands out as one of the most decorated players in NHL history.

While all of his accolades are noteworthy, some of them have been more prestigious than others.

Here are some of Mario Lemieux’s greatest career awards:

Although each of these awards is impressive, they are only a few of many that Mario Lemieux has won throughout his incredible career in the NHL.

How Does Mario Lemieux Spend His Money?

Mario Lemieux gave fans a glimpse into his lavish lifestyle in 2018 when he put his vast estate up for sale with an asking price of $22 million.

This jaw-dropping manor is located in Mont Tremblant, and Lemieux moved into it in 2012 with his wife, Natalie.

While their primary home remains in Pittsburgh, his estate was by far his most extravagant, and it features 17,000 sqft, 50 rooms, 17 fireplaces, a pool, a spa, a home theater, a gym, a tennis court, and a two-bedroom separate guest house.

If that wasn’t enough, there is also room for the most expensive wines in the world in the private wine cellar and a vast outdoor patio overlooking Lake Tremblant.

While there is no information on whether or not the estate was ever sold, we can imagine that any buyer would want to keep the purchase off the books to avoid any over-the-top publicity.

Despite never being able to play a full season, Mario Lemieux has enjoyed a career filled with success.

However, some of his most important milestones are the ones that stand out for their impact on his fame and fortune.

Here are some of the best highlights of Mario Lemieux’s career:

While there have been many high points in Lemieux’s career in the NHL, these are some of the most significant overall.

Mario Lemieux left a lasting legacy in the NHL, and during his time on the ice, he shared a lot with fans about how he approached the game.

While many physical ailments tried to keep him down, his continued motivation and drive to succeed is evident in all of his interviews.

Here are our favorite quotes from Mario Lemieux:

There are many things we can learn from Mario Lemieux and his legendary career in the NHL.

Now that you know all about Mario Lemieux’s net worth, we can take a closer look at what he can teach us about achieving our own goals of success.

Here are some of the best success lessons to learn from Mario Lemieux:

If you want to be successful, it’s important to try to enjoy what you do because otherwise, you can become burned out and resentful.

While the grind isn’t always fun, you should always try to make the most of it so that you stay motivated.

2. Always Look For Ways To Innovate

Innovation is essential for being successful, and if you’re not able to make the necessary changes when needed, you can easily fall behind.

Whenever possible, look for ways to become more productive so that you can stay on top of your game.

A support network is vital for successful people, and it can be extremely valuable when you’re facing challenges or need access to new opportunities.

While family can be great for support, you should also consider creating a professional network that you can rely on for expert advice and industry assistance.

Mario Lemieux is one of the most legendary ice hockey players in the NHL, and he has earned millions over the course of his career.

Although he has been retired since 2006, Lemieux continues to grow his net worth as a team owner.

Make sure to check back often so that you don’t miss any updates impacting Mario Lemieux’s fortune.

What do you think about Mario Lemieux’s net worth? Leave a comment below.