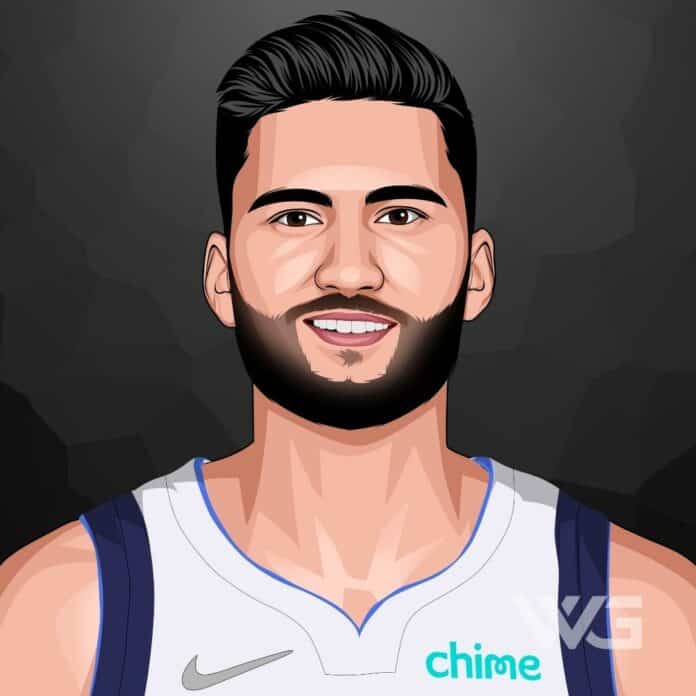 What is Max Kleber’s net worth?

Maximilian Kleber is a German professional basketball player and the current power forward of the Dallas Mavericks.

He started his basketball career in 2011 in Germany and in 2017 was drafted by the Mavericks team, making his NBA debut.

He has also made a name for himself on the German national team, though he was benched during the 2020 Summer Olympics due to an Achilles injury.

Maximilian Kleber was born January 29, 1992, in Wurzburg, Germany, and he took an interest in basketball from a young age.

While not much is known about his childhood, we do know that he played in the youth ranks of the TG Veitschoheim team, TG Wurzberg, and SC Heuchelhof.

During his time with these teams, he made an impact as a standout player, which is something that allowed him to ultimately join some of the larger professional teams in Germany.

After leaving the youth leagues, Kleber started his professional career in 2011, though he wouldn’t make it to the NBA until 2017.

Max Kleber became a professional basketball player in 2011, making his debut as a member of the S. Oliver Baskets. During his first season, he quickly became a model player, and by his second season, he began averaging 9 points per game.

In 2014, he signed a two-year deal with the Spanish basketball club Obradorio CAB and was named their MVP after scoring 36 points in a game against Fuenlabrada.

He returned to Germany in 2015 and signed a two-year deal with Bayern Munich, where he started averaging 8 points per game.

After his contract with Bayern was up, Kleber signed with the Dallas Mavericks and made his official NBA debut in 2017 against the Houston Rockets.

Following his first two seasons, the Mavericks re-signed him in 2019, and he has remained with them since. Most recently, he showed off his skills by scoring 25 points in a 2022 win against the Utah Jazz.

During the 2022 off-season, Kleber signed another contract with the Mavericks for four years, ensuring that he will be a staple of the team for many years to come.

Max Kleber may not be one of the richest NBA players in the world yet, but he may very well make the list in the future.

Since joining the Dallas Mavericks, he has earned a substantial amount that has only increased every season.

Kleber may not be as wealthy as DeMar DeRozen, but he is gradually becoming wealthier with each additional season.

It is very likely that we will see his career earnings continue to increase as he remains with the NBA for many more years.

Max Kleber has been reported to be dating Brittany Gibson, the co-owner of Lockson Investment Group, since 2018. She is also a well-known model and influencer who has previously worked as a football cheerleader.

While not much else is known about Max’s personal life, he is active on his official Instagram account, where he posts about his career and off-court antics.

He can also be found on his official Twitter account, where he interacts with his fans, talks about his career, and posts about the things that interest him.

For news about his career, his official NBA page can keep you updated on his games, stats, and important milestones, all of which are frequently updated after every match.

How Does Max Kleber Spend His Money?

Not much is known about how Max Kleber spends his fortune, as he tends to keep a low profile when he isn’t on the court.

However, we can safely assume that he lives a very comfortable life, given his impressive net worth.

We wouldn’t be surprised to learn he has a collection of the most expensive Air Jordans in the world that he wears when he’s off the court.

If any further information about his spending habits becomes available, we will be the first to let you know. So be sure to check back often!

While playing for one of the richest NBA teams, Max has reached many impressive milestones in his career that have helped him become incredibly popular on the court.

Although all of his achievements have helped him become more famous, some stand out more than others for their impact on his career and wealth.

Here are some of the best highlights of Max Kleber’s career:

Like DeAndre Jordan and Chris Bosh, Max has enjoyed a long and fulfilling career in professional basketball.

While he hasn’t won many awards, as he continues playing for the NBA, we may very well see him earn more accolades for his talents on the court.

There is a lot that we can learn from Max Kleber and his successful career as a professional basketball player.

Now that you know all about Max Kleber’s net worth, we can take a look at what he can teach us about reaching our own goals.

Here are some of the best success lessons to learn from Max Kleber:

It may seem obvious, but it bears mentioning. If you want to become successful, you’re going to have to get used to a lot of hard work.

Achieving your goals isn’t something that can happen overnight, but once you’ve surpassed your loftiest goals, it will all have been worth it.

If you want to be successful, you have to be willing to take risks.

Don’t be afraid to try new things, as they can open the doors to new opportunities that you may not have ever expected.

To be able to achieve your goals, you have to push yourself consistently and never give up, even when things get tough.

Becoming successful is rarely ever easy, but your perseverance will pay off when you ultimately are able to reach your goals.

Max Kleber has made a name for himself as one of the best power forwards on the Dallas Mavericks, and he isn’t planning to retire anytime soon.

We expect to see much more from him in the future as he continues on his path of becoming one of the most renowned players in the NBA.

Make sure to check back often so that you won’t miss any updates to Kleber’s career and growing wealth.

What do you think about Max Kleber’s net worth? Leave a comment below.