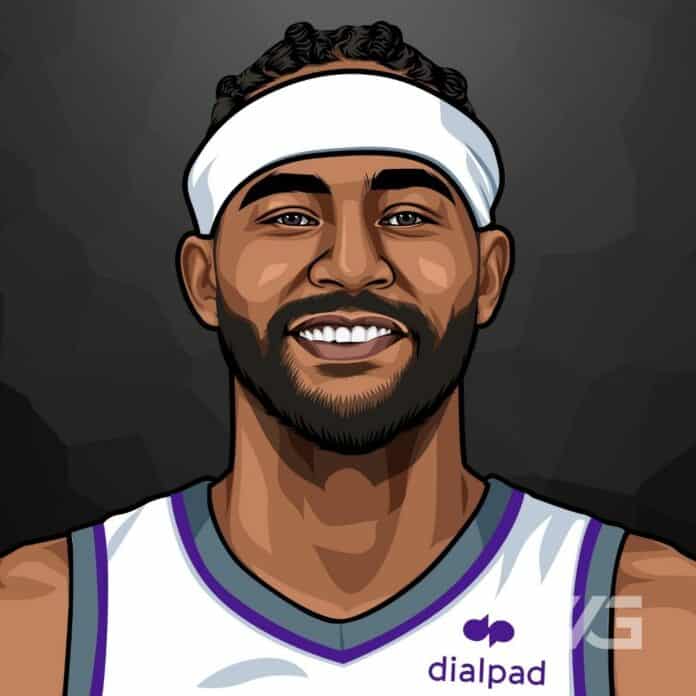 What is Maurice Harkless’ net worth?

Maurice Harkless is an American-Puerto Rican professional basketball player who most recently played for the Sacramento Kings.

Harkless was the 15th overall selection in the 2012 NBA Draft after spending his college career at St. John’s University.

Harkless was considered the top player in Queens and then all of Connecticut while in high school and was invited to play at the 2011 Kobe Bryant Classic.

The small forward was considered a four-star prospect by recruiting sites, and Harkless chose St. John’s University over UConn, Arizona, Baylor, and Cincinnati.

Harkless played college basketball for just one season, though, and was named Big East Rookie of the Year ahead of Andre Drummond before declaring for the 2012 NBA Draft.

The Philadelphia 76ers selected Harkless with the 15th overall pick, then dealt him to the Orlando Magic as part of a four-team trade shortly thereafter.

Harkless was teamed up with the likes of Tobias Harris, J.J. Redick and Jameer Nelson during his rookie season and he put up 8.2 points and 4.4 rebounds per game.

After a reduction in playing time, Harkless was traded to the Portland Trail Blazers following the 2014-15 season where he became a starter for four years .

Harkless’ time with Portland came to an end after the 2018-19 season and he has bounced around to four different teams since then, most recently with the Sacramento Kings.

As a first round draft pick, Moe Harkless had his salary predetermined when he made it into the NBA, earning a four-year, $8.3 million entry level contract.

Harkness was able to earn himself a large new deal after the rookie contract, and has continued to earn larger salaries ever since.

Despite not being on the team, Harkless is among the highest-paid people on a Kings roster that includes De’Aaron Fox and Domantas Sabonis,

The figures of Maurice Harkless’ earnings are based on his publicly announced contracts, but are not guaranteed to be 100% accurate.

Harkless is in the final year of his salary payments and is currently an unrestricted free agent that’s able to sign with any team he wants.

Because of his production on the court and waning minutes per game, Harkless isn’t expected to sign for more than the league minimum.

After establishing a solid net worth for himself in the early parts of his career, Moe Harkless saw his bank account increase dramatically thanks to his contract.

Harkless was able to establish an eight-figure net worth starting in 2016 and hasn’t looked back because of his income.

The figures of Maurice Harkless’ net worth are estimated in regard to his NBA salaries and endorsements and are not guaranteed to be 100% accurate.

Here’s a breakdown of Maurice Harkless’ annual net worth:

It will be difficult for Harkless to continue adding to his net worth after his contract comes to an end, and he’s hoping to remain in the NBA.

Harkless still has time on his side as he has yet to hit his 30th birthday and just needs the right team to give him the chance to revitalize his career.

Moe Harkless is the son of Rosa Harkless, who raised him and his two siblings in New York City.

Since 2013, Harkless has been in a relationship with actress Paige Hurd, who has starred in television shows including Hawaii Five-O and Tyler Perry’s The Oval.

The couple has not gotten married yet and doesn’t currently have children, but are in a committed long-term relationship.

Moe Harkless has earned several awards through his basketball career, which dates back to his high school days in New York City and Connecticut.

The NBA forward has played for several teams since being drafted and has accomplished quite a bit at every stop along the way.

Here are some of the awards and achievements from Maurice Harkless’ career:

How Does Maurice Harkless’ Spend His Money?

While he’s not among the richest NBA players in the world, Maurice Harkless has earned plenty of spending money in his career.

The basketball player has invested a lot into charity and business, including partnering with The Prisoner Wine Company.

Instead of focusing on himself first, Harkless used his first big paycheck to buy a home and car for his mother, saying that it was an emotional day.

Harkless hasn’t shopped around for the most expensive cars or most expensive houses in the world for his own use, but he did invest $3.3 million on his house in Venice Beach, California in 2019, just a year after spending $3.8 million on a Los Angeles home.

He rolled the dice once again by leaving after his freshman season to play in the NBA, and it’s paid off big time as he’s had a long list of memorable moments at all levels.

Here are some of the best highlights of Maurice Harkless’ career:

Though it appears that time may be winding down on Harkless’ NBA career, he has still accomplished a lot in basketball.

Even if he never suits up for another NBA team, he has earned plenty of money and has a lot of hobbies and business ventures that will keep him occupied for years.

Whether it be about his role on the court or moving to yet another new team, Moe Harkless has always been an outspoken player.

Harkless was part of a blockbuster trade that sent him to Orlando and was even sent away in a trade that issued no return, so he’s experienced all of the highs and lows.

Here are our favorite quotes from Maurice Harkless:

Maurice Harkless has gotten a lot of real-world experience thanks to basketball, heading to the pros after his freshman season at St. John’s.

Harkless has now spent a decade in the NBA, and has learned quite a bit from his time in the league and his many travels, playing with teammates like C.J. McCollum, Damian Lillard and more..

Now that you know all about Maurice Harkless’ net worth, there are plenty of lessons to learn from one of the NBA’s great journeymen.

Here are some of the best success lessons to learn from Maurice Harkless:

The NBA is a cutthroat business, and players are often shipped away to other teams without advanced warning.

Harkless is one of those players, as he was traded before even playing in his first NBA season shortly after he was drafted.

Since then, Harkless has been dealt multiple times, and knows that you have to be versatile and adapt to different coaching styles to make it in the league.

Growing up in New York City, Maurice Harkless knows all about community, and he’s used his NBA wealth to give back to the city that raised him.

Harkless has given tens of thousands to charities that include the Last Resort Emergency Response Fund and the New Yorkers For Children group.

He has even started a business called The Prisoner Wine Company that raises money for the Equal Justice Initiative that helps to overturn wrongful convictions.

3. Focus On Life Outside Of Work

When you’re being paid millions for your career, you can tend to focus solely on that and push everything else to the side.

Moe Harkless knows that it’s important to have other hobbies, and his list includes fashion and photography as his favorites.

Harkless says that being a basketball player can be overwhelming at times, and being able to have outlets for expression helps him to decompress during a tough season.

Life can come at you pretty quickly in the NBA, and nobody knows that quite as well as Maurice Harkless.

The small forward has been around the league for the past decade and is hoping to find a new home where he can stick around for a while.

Even if Harkless can’t find another team that wants his services, he’s still accomplished a lot in basketball and has made plenty of money along the way.

What do you think about Maurice Harkless’ net worth? Leave a comment below.