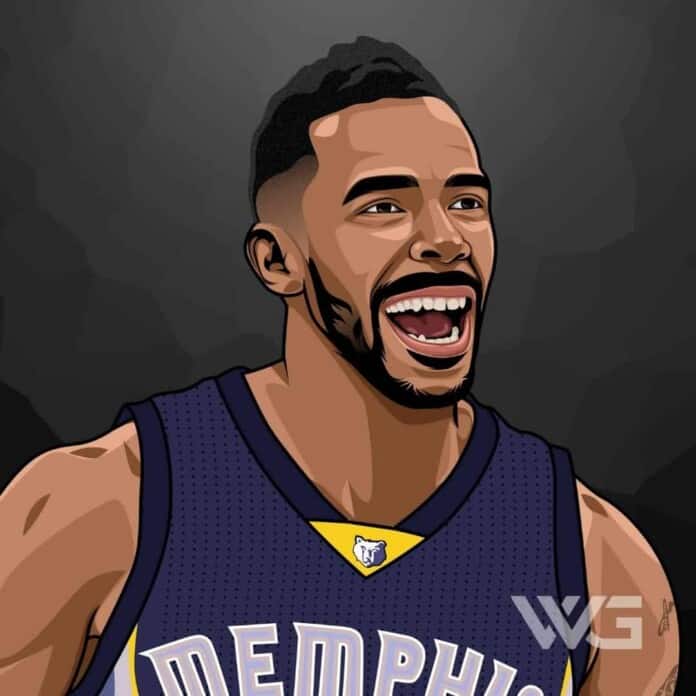 What is Mike Conley’s net worth?

Mike Conley is an American professional basketball player for the Utah Jazz of the NBA.

Conley was a member of the Memphis Grizzlies, who drafted him with the fourth overall pick in the 2007 NBA draft.

Conley attended Lawrence North High School in Indianapolis, where he helped lead the team to three straight state championships and an overall record of 103–7 in his four years as the starting point guard.

Conley finished second in the voting of the Indiana Mr. Basketball award to his teammate Greg Oden, the national player of the year.

Conley joined fellow Buckeye teammates Greg Oden and Daequan Cook in declaring for the 2007 NBA draft. Conley and Oden were represented by Conley’s father, who became certified as an agent by the NBA before the year.

On November 30, Conley had a season-high 28 points in a 98–96 victory over the Los Angeles Lakers.

In 2014, Conley scored a career-high 36 points to help the Grizzlies defeat the Philadelphia 76ers 120–115 in overtime. The Grizzlies finished the season as the fifth seed in Western Conference and made the playoffs once again.

On July 14, 2016, Conley re-signed with the Grizzlies. His reported five-year, $153 million deal is the greatest contract by total value in NBA history. On November 16, 2016, he scored 30 points and hit a career-high-tying seven three-pointers in a 111–107 win over the Los Angeles Clippers.

Here are some of the best highlights of Mike Conley’s career:

“There were times in my career where I could have easily been traded, easily been given up on, and I think me making strides, me committing myself to come in and get better showed people what I could do each year. From there, people started to believe in me, and the organization believed in me, and once that happened, it was on me to take this thing on.” – Mike Conley

“We need a culture change. We’re going to change the way you know you look at food, sugar, sleep.” – Mike Conley

“It’s amazing seeing all the people that have helped you get to where you are. All the coaches, all the camps. Your parents, family members. I mean everybody who’s invested in you. And it’s really – it’s really neat to see that all of their sacrifices to help you have paid off. And that now you can continue to help other people along the way.” – Mike Conley

Now that you know all about Mike Conley’s net worth and how he achieved success; let’s take a look at some of the strongest lessons we can learn from him:

All our dreams can come true if we have the courage to pursue them; never give up on your dream. Nothing is impossible.

How much is Mike Conley worth?

Mike Conley’s net worth is estimated to be $70 Million.

How old is Mike Conley?

How tall is Mike Conley?

Mike Conley is an American professional basketball player who was drafted #4 by the Memphis Grizzlies in the 2007 NBA Draft and has played for the Grizzlies his entire career.

Conley was selected to the NBA All-Defensive Second Team in 2013 and won the NBA Sportsmanship Award in 2014 and 2016.

What do you think about Mike Conley’s net worth? Leave a comment below.