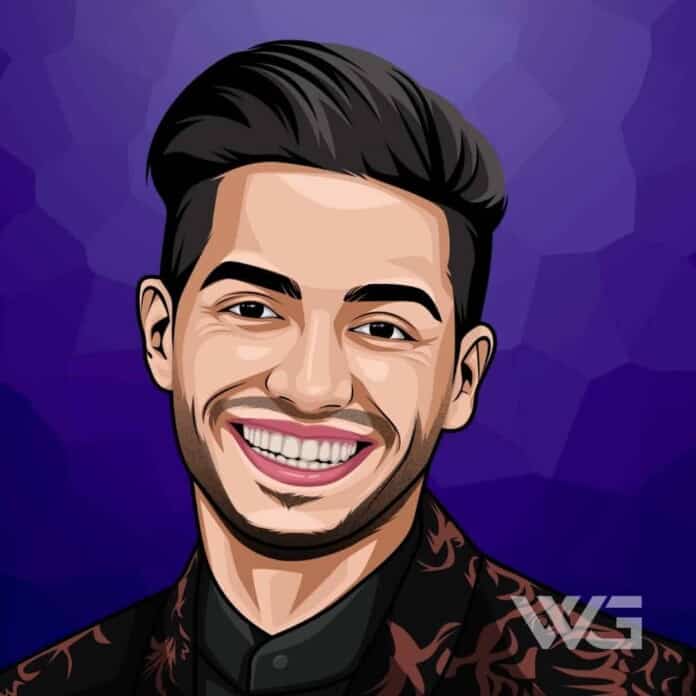 What is Mena Massoud’s net worth?

Mena Massoud is a Canadian actor and singer from Cairo, Egypt. Massoud is best known for starring as Aladdin in the 2019 live-action adaptation of the musical fantasy film of the same name.

Mena Massoud was born on the 17th of September, 1991, in Cairo, Egypt to Egyptian Coptic Orthodox Christian parents. He has two older sisters.

About his family’s immigration to Canada Massoud stated: “I was born there. We immigrated when I was 3 1/2 years old, to Toronto. But I’m still very, very close to my culture and – back home in Egypt. We’re – we’re Coptic Christian.”

Massoud launched his career as a professional actor in 2011 when he appeared briefly in single episodes of the television series ‘Nikita’ and ‘Combat Hospital’.

In 2017, it was announced that Massoud had been cast in the role of Aladdin in Disney’s 2019 live-action adaptation of Aladdin.

Massoud was joking along with Guy Ritchie that Aladdin is going to hit the one billion dollar mark in the box office. Ironically, the movie has surged past USD one billion in worldwide collections.

He is vegan and is the founder of the plant-based food travel show Evolving Vegan. In September 2019, Massoud was officially announced as Egypt’s ambassador for ‘Speak Egyptian’ initiative, which seeks to protect the Arab identity of the Egyptian diaspora and in particular Arab children.

Here are some of the best highlights of Mena Massoud’s career:

“I think the first time I watched it was probably back in Egypt when I was a little baby. I have two older sisters, and they really looked up to Princess Jasmine. So it was on at the house before I could even walk and talk.” – Mena Massoud

“We’re – we’re Coptic Christian. And my parents just felt like things were getting a little too dangerous when I was growing up. And they wanted to create a better life for their family. So they decided to immigrate.” – Mena Massoud

“When I got my first callback, actually, I decided I wasn’t going to watch the animation anymore. I knew that it was already ingrained in me. So I didn’t want to get in my head about it. I didn’t want it to influence my mannerisms or my character choices.” – Mena Massoud

“Well, I mean, first and foremost I can’t remember the last time more than one culture and more than one ethnicity was represented on screen. And this film does a beautiful job of that.” – Mena Massoud

Now that you know all about Mena Massoud’s net worth, and how he achieved success; let’s take a look at some of the best lessons we can learn from him:

1. Write Down The Things That You’re Grateful For

Don’t doubt yourself, that’s what haters are for.

Chasing a person doesn’t give you value or build values in you. You earn your value by chasing morality and practicing dignity.

How much is Mena Massoud worth?

Mena Massoud’s net worth is estimated to be $500 Thousand.

How old is Mena Massoud?

How tall is Mena Massoud?

Mena Massoud is an Egyptian-Canadian actor famous for playing the role of Aladdin in Disney’s live-action remake of the upcoming movie Aladdin alongside Will Smith.

What do you think about Mena Massoud’s net worth? Leave a comment below.