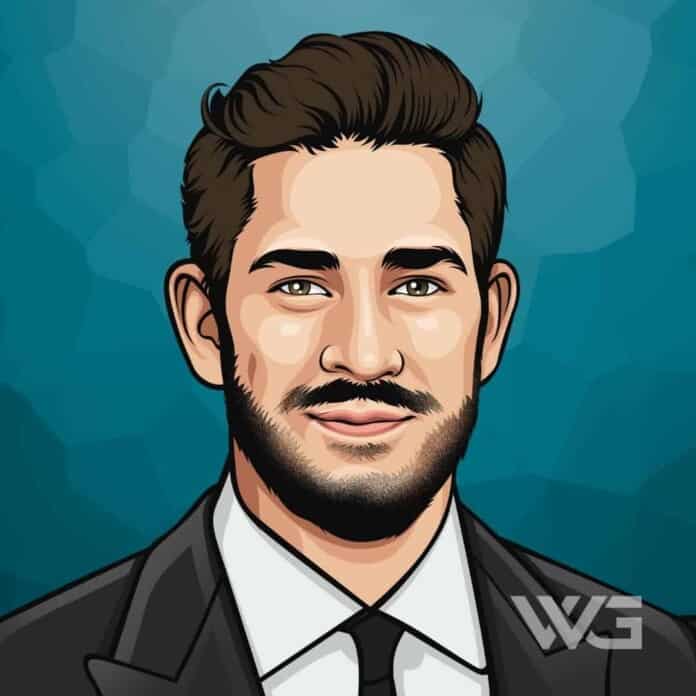 What is John Krasinski’s net worth?

As of December 2022, John Krasinski’s net worth is estimated to be $80 Million.

John Krasinski is an American actor and filmmaker from Boston. Besides appearing in and making feature films, he is best known for his role as Jim Halpert on the NBC sitcom ‘The Office’.

John Burke Krasinski was born on the 20th of October, 1979, in Boston, Massachusetts. Krasinski is the son of Dr. Ronald Krasinski and Mary Clare. He has two older brothers: Kevin and Paul.

While attending college, he also assisted in coaching the basketball team at The Gordon School, Rhode Island. After graduating from college as a playwright with an honors thesis entitled ‘Contents Under Pressure’, he went to attain training at the National Theater Institute.

Krasinski made a cameo appearance in the film, ‘State and Main’, where he played the role of the judge’s assistant. Two years later, he starred in two movies; ‘Fighting Still Life’ and ‘Alma Mater’. He debuted on television on an episode of ‘Ed’, in 2003.

In 2005 proved to be an extremely fruitful year for him as he starred in two unconventional films, ‘Duane Hopwood’ and ‘Jarhead’. He was also cast in the popular American television series, ‘The Office’ as ‘Jim Halpert’, for which he received a number of awards and was also nominated in a number of popular categories.

In 2006, he starred in the television series, ‘American Dad!’. He was also seen in films such as ‘Doogal’, ‘For Your Consideration’, ‘Dreamgirls’ and ‘The Holiday’.

The 2012 released film ‘Promised Land’ saw him don the hat of a producer, in addition to being one of the screenwriters and actors for the film.

Here are some of the best highlights of John Krasinski’s career:

“Guys have a level of insecurity and vulnerability that’s exponentially bigger than you think. With the primal urge to be alpha comes extreme heartbreak. The harder we fight, the harder we fall.” – John Krasinski

“Most of the people I know who work out seriously do so because they have such an amazing outlook on life. To be who I want to be, I’m going to work out to be more positive, more active. It’s proactive.” – John Krasinski

“My name was originally John Collins, but I just didn’t think it had the flair I needed. I found out the poet laureate of Poland was named Krasinski and so it seemed like a shoe-in for show business.” – John Krasinski

“I know I’m guilty of and I think a lot of people are guilty of sort of getting starry-eyed with love and sort of looking over the bad things and keep going and you don’t really prepare for how much work marriage really is.” – John Krasinski

“When I got to college, as I was walking across campus one day, I ripped off a little flyer for this sketch-comedy group. It ended up being one of the greatest things I’ve ever done.” – John Krasinski

Now that you know all about John Krasinski’s net worth, and how he achieved success; let’s take a look at some of the best lessons we can learn from him:

If we never experience the chill of a dark winter, it is very unlikely that we will ever cherish the warmth of a bright summer’s day. Nothing stimulates our appetite for the simple joys of life more than the starvation caused by sadness or desperation.

Be the kind of person who dares to face life’s challenges and overcome them rather than dodging them.

Live in the most positive and joyful way possible every day. Do good.

How much is John Krasinski worth?

John Krasinski’s net worth is estimated to be $80 Million.

How old is John Krasinski?

How tall is John Krasinski?

Known for his debonair good looks and boyish charm, John Krasinski is one of the most ‘popular’ television stars of today.

He has appeared in a number of films including ‘Away We Go’, ‘License to Wed’, ‘Something Borrowed’ and ‘It’s Complicated’, but is best known for portraying the character of ‘Jim Halpert’ in the popular American sitcom, ‘The Office’.

As of December 2022, John Krasinski’s net worth is roughly $80 Million.

What do you think about John Krasinski’s net worth? Leave a comment below.

What is Bette Gilpin's net worth? Introduction  As of ,...