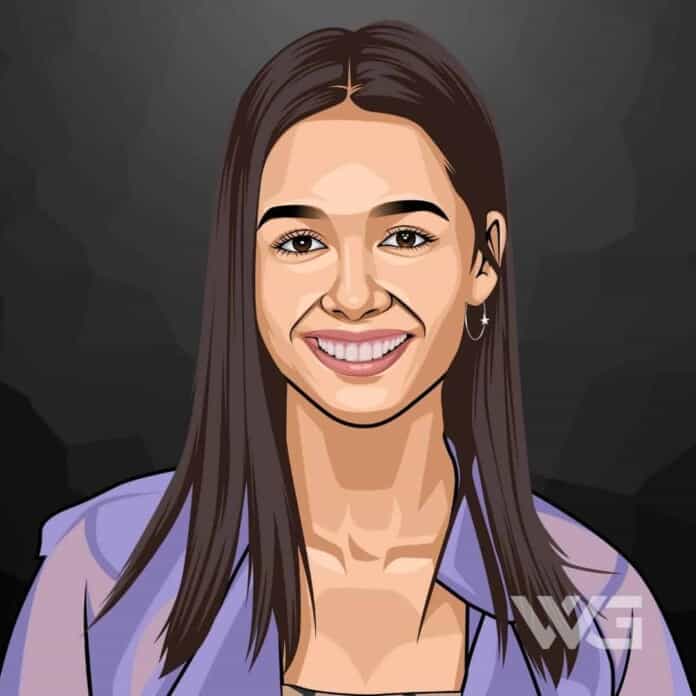 What is Naomi Scott’s net worth?

As of November 2022, Naomi Scott’s net worth is roughly $3 Million.

Naomi Scott is a British actress and singer from England.

Scott is best known for her starring role as Princess Jasmine in Disney’s live-action adaptation of the musical fantasy film ‘Aladdin’. She also contributed to Aladdin’s soundtrack.

Naomi Grace Scott was born on the 6th of May, 1993, in the town of Hounslow in London, England, to a Gujarati Indian mother, Usha Scott and an English father, Christopher Scott.

Scott has participated in missionary work and outreach activities. She has attended the Loughton-based Christian ecumenical secondary school known as the ‘Davenant Foundation School.’

Scott started her career as a singer with the ‘Bridge Church Youth Band.’ She was first spotted by British singer, actor, and TV personality Kéllé Bryan, best known as a member of the British R&B girl band ‘Eternal.’

As of this year, she was seen playing ‘Princess Jasmine’ in the American romantic fantasy–adventure film ‘Aladdin,’ directed by Guy Ritchie.

Scott also starred as one of the three lead “angels” in the Elizabeth Banks-directed American action comedy ‘Charlie’s Angels.’ The film also has Kristen Stewart, Elizabeth Banks, Djimon Hounsou, Patrick Stewart, and Ella Balinska in starring roles and is based on the ‘ABC’ crime–drama series of the same name.

Here are some of the best highlights of Naomi Scott’s career:

“I’m aware of the decisions I make and the responsibility I have as a role model. I wouldn’t disregard that. It’s a privilege. That’s not to say people don’t make mistakes – we’re all human. No one’s perfect. I’m just going to be myself.” – Naomi Scott

“I’m really close to my family, and we talk through things. My parents are so amazing, they’re brilliant. We try to take one step at a time and be wise about the decisions we make and keep our values and the things that are important.” – Naomi Scott

“I’d always put on little shows at home, but when I was 11, I did a community event in Woodford, where anyone could go. You had three days of vocal training and performed your song at the end. I sang ‘I Say a Little Prayer.’ It’s a tough song to sing but they gave me the confidence to go for it and belt it out.” – Naomi Scott

“My parents are so amazing; they’re brilliant. We try to take one step at a time and be wise about the decisions we make and keep our values and the things that are important.” – Naomi Scott

Now that you know all about Naomi Scott’s net worth, and how she achieved success; let’s take a look at some of the lessons we can learn from her:

It’s better to be realistic and come out of the virtual world, social media pushups. The moment you do this. you will come to acknowledge the worthy connections of your life

Courageous people begin the journey knowing only the destination.

If you rethink your decisions, you will become emotional again and that will make you fall multiple times. Always stick to the decisions you made and don’t rethink about the losses.

How much is Naomi Scott worth?

Naomi Scott’s net worth is estimated to be $3 Million.

How old is Naomi Scott?

How tall is Naomi Scott?

Naomi Scott is a British actor and singer. She has made her mark in both the British and the American entertainment industries.

She is known for her performance in the superhero film ‘Power Rangers.’ Some of her most notable TV projects were the TV series ‘Terra Nova’ and ‘Life Bites’ and the TV movie ‘Lemonade Mouth.’

What do you think about Naomi Scott’s net worth? Leave a comment below.