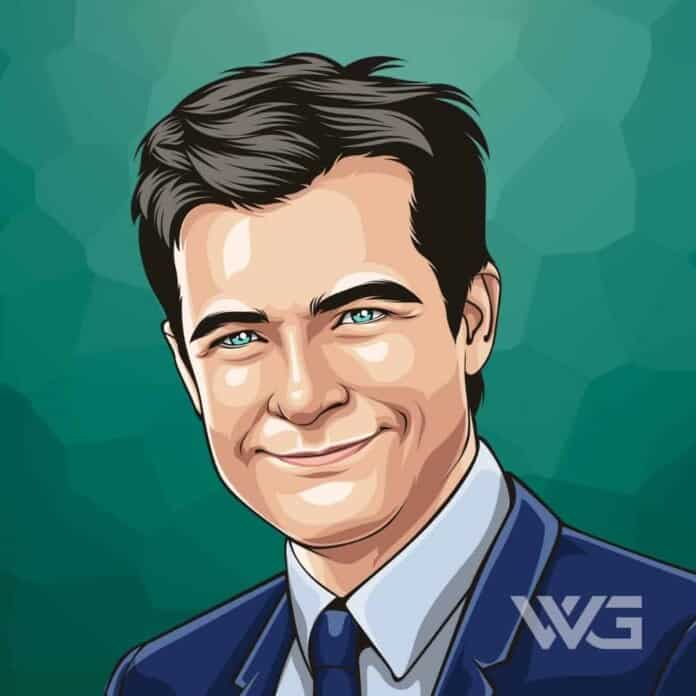 What is Jason Bateman’s net worth?

As of February 2023, Jason Bateman’s net worth is roughly $30 Million.

Jason Kent Bateman is an American actor, director, and producer from New York. Bateman is best known for his role of Michael Bluth using deadpan comedy in the sitcom ‘Arrested Development’ for which he won a Golden Globe and a Satellite Award for.

Jason Kent Bateman was born on the 14th of January, 1969, in Rye, New York. Bateman is the son to a former flight attendant and Kent Bateman, an actor and writer.

He has an older sister named Justine, and three half-brothers. When Bateman was 4 years old, his family moved to Salt Lake City in Utah. When he was 10 years old, he started to act professionally and began to work in commercials.

Bateman began his professional acting career in 1981 with a recurring role on ‘Little House on the Prairie’. He appeared in the Knight Rider third-season episode ‘Lost Knight’ in 1984.

His success in the television series Arrested Development helped him to land small roles in movies between 2004 and 2007, such as ‘Dodgeball: A True Underdog Story’, ‘Starsky & Hutch’ and ‘The Break-Up, Smokin’ Aces’.

He had a supporting role in the 2007 comedy drama, Mr. Magorium’s Wonder Emporium, as Henry Weston, a straight-laced and rigid Accountant. Dustin Hoffman and Natalie Portman also starred in the movie. In ‘Juno’, a 2007 comedy-drama film, Bateman was nominated for Critic’s Choice Awards for his performance.

‘Identity Thief’, a 2013 crime comedy film directed by Seth Gordon, starred him with Melissa McCarthy. The film tells a story about a man whose identity is stolen by a woman.

‘Bad Words’, a black comedy film marked his directorial début. The film had its world premiere as part of the Special Presentation section of the Toronto International Film Festival in 2013.

Here are some of the best highlights of Jason Bateman’s  career:

“I remember my dad working with me on breaking down my script and writing out a back story for my character and all that stuff.” – Jason Bateman

“I did a good bit of episodic television directing, but directing a movie is so much more complicated. And there’s so much more responsibility because the medium is very much a director’s medium. Television is much more of a producer’s writer’s medium so a lot of the time when you’re directing a television show they have a color palette onset or a visual style and dynamic that’s already been predetermined and you just kind of have to follow the rules.” – Jason Bateman

“My comedic instinct is a little bit more rooted in – my mother’s British so I’ve always been more of the dry receiver of the crazy as opposed to the initiator of the crazy. I’m kind of predisposed to be the straight man.” – Jason Bateman

“It takes some intelligence and insight to figure out you’re gay and then a tremendous amount of balls to live it and live it proudly.” – Jason Bateman

“I can be on a telephone call, and be emailing or texting somebody else, as well.” – Jason Bateman

3 Lessons from Jason Bateman About Money and Business

Let’s take a look at some of the best lessons from Jason Bateman about money and business:

1. Everything is Not Always as it Seems

Jason Bateman’s character appears unremarkable to those around him. He drives an old Toyota and is known for his love of Consumer Reports and frugality. He’s the last person you’d suspect of financial crimes, yet there he is doing it. It’s a reminder that just because you think you know what’s going on doesn’t always mean that you do.

2. Criminals Know Banking Regulations Just As Well as You Do

The smartest criminals make a point of staying on top of the latest banking regulations. They know exactly what they can and can’t do to skirt the line of legality. Breaking the law to launder money is their business, and many go about it professionally and methodically.

Bateman is on a constant quest to find cash-based businesses through which to launder cash—everything from unsavory enterprises to religious institutions.

Risk assessing customers and following customer due diligence (CDD) is a key step to knowing which customers have the most opportunity to exploit the banking system and pay extra attention to their actions.

How much is Jason Bateman worth?

Jason Bateman’s net worth is estimated to be $30 Million.

How old is Jason Bateman?

How tall is Jason Bateman?

Jason Bateman is an amazing actor who became famous as a teen actor in the 1980s. He has worked with some of the best actors in the world and he has won multiple awards for his incredible performances as an actor.

As of February 2023, Jason Bateman’s net worth is approximately $30 Million.

What do you think about Jason Bateman’s net worth? Leave a comment below.