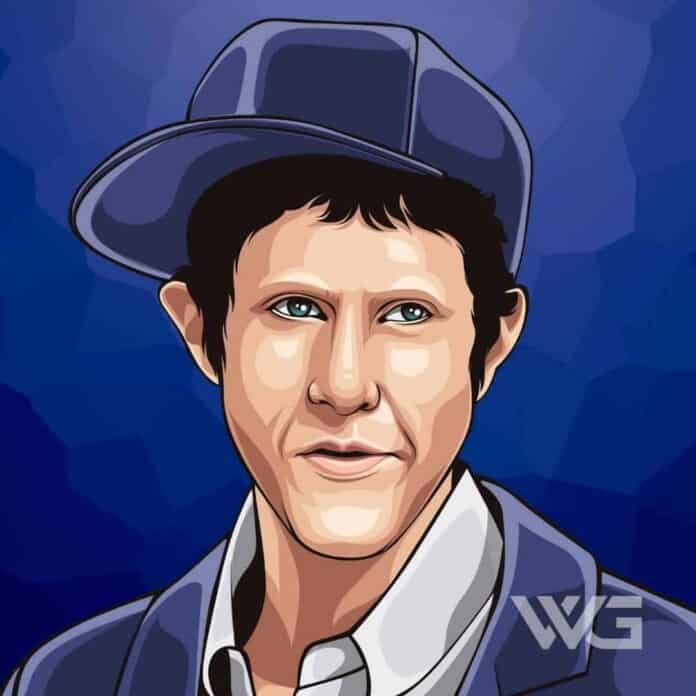 What is Mike D’s net worth?

Michael Diamond “Mike D” is best known for being the lead singer for a punk band that evolved into the Beastie Boys.

The Beastie Boys are known for being the first major group in white rap. The group scored with its first album called, ‘Licensed to Ill’, in 1986.

Michael Diamond was born on the 20th of November, 1966, in New York. Diamond came from a middle-class Jewish family, and he attended one of New York’s most unconventional private schools.

While he admired the sounds of hip-hop and rap, he began out as the vocalist in a hardcore punk band. He and Adam Yach played in a band with Kate Schellenbach and John Berry.

Mike D and his bandmates hooked up with Rick Rubin in 1984. Rubin served as the group’s DJ for a time and then acted as their producer. The following year, the band toured with Madonna. The band began to have better success as an opening act for the legendary rap duo Run DMC.

The Beastie Boys made it huge with their debut album, ‘Licensed to Ill’. Mike D set off his own fashion trend by wearing a car hood ornament as a necklace in the song’s video. The band developed a notorious reputation for being wild party boys after wreaking havoc on the tour to support the album.

Beastie Boys continued to evolve and Mike D stepped behind the drum kit for 1992’s Check Your Head. The electric mix of rap, funk and hardcore influences won over listeners around the world.

In addition to sharing vocals with the other Beasties, Mike D has taken a leading role in the band’s other business ventures, including the 1994 launch of their own record label and magazine, both called Grand Royal.

He worked with a variety of acts, including At the Drive-In, Luscious Jackson and Atari Teenage Riot.

While the business had some great successes over the years, the label had to fold in 2001 because of financial difficulties.

Along with the other Beastie Boys, Mike D has been a strong supporter of the Tibetan Freedom movement. Beastie Boys has staged several concerts over the years to raise funds and awareness regarding the treatment of the Tibetan people by China.

He also helped out his own town by appearing at the New Yorkers Against Violence Concert in the wake of the September 11 terrorist attacks.

Here are some of the best highlights of Mike D’s career:

“Dub has been a big influence in terms of production. It’s inspired so many people and so much music – in terms of music where mixing desk was the instrument. Central to that is the echo chamber, and I think there’s a little bit of a romantic thing there.” – Mike D

“Obviously, there are moments that you look back at and cringe – things in the past involving violence or disrespect to women or disrespect to other people that are so far away from what I want to put out there now. But it’s actually a privilege to be able to change and be making records that reflect that change.”  – Mike D

“Hopefully everybody in the audience thinks, ‘That’s cool. I could do that.’ I don’t like the thought that they say, ‘I saw the Beastie Boys last night, and they’re mega-stars.’ I’m a lot happier when the kids who come backstage or to the hotel try to give us tapes of what they’ve done instead of just getting an autograph.” – Mike D

“Wine is similar to music in that it’s a purely experiential realm, and it’s a purely subjective practice. That’s sort of the funny thing about wine criticism or, for that matter, music criticism. At times, those are useful guides, but ultimately it’s all about how you react to that music or wine.” – Mike D

“London cabs always dis me. I purposefully give them a good tip because I’m trying to straighten up the image where they don’t want to pick up some shady-looking, bummy kid like myself. I’m trying to teach them that if you pick up the bummy-looking kid, you still get tipped, man. But they still jerk me around.” – Mike D

Now that you know all about Mike D’s net worth, and how he achieved success; Let’s take a look at some of the most important lessons we can learn from him:

Real life is much stranger than fiction.

When you quickly get into motion, a problem becomes an opportunity for growth.

Arrogance generally is a bad thing, but with a band, somehow you have to have this gang mentality or this certain degree of arrogance to push forward an idea that’s new enough that people aren’t comfortable with it at first.

How much is Mike D worth?

Mike D’s net worth is estimated to be $90 Million.

How old is Mike D?

How tall is Mike D?

Mike D is best known for being the lead singer of the famous band Beastie Boys. The band has sold over 10 million copies of their debut album ‘Licensed To Ill’. The album also became the first hip-hop album to top Billboard charts.

As of November 2022, Mike D’s net worth is approximately $90 Million dollars.

What do you think about Mike D’s net worth? Leave a comment below.