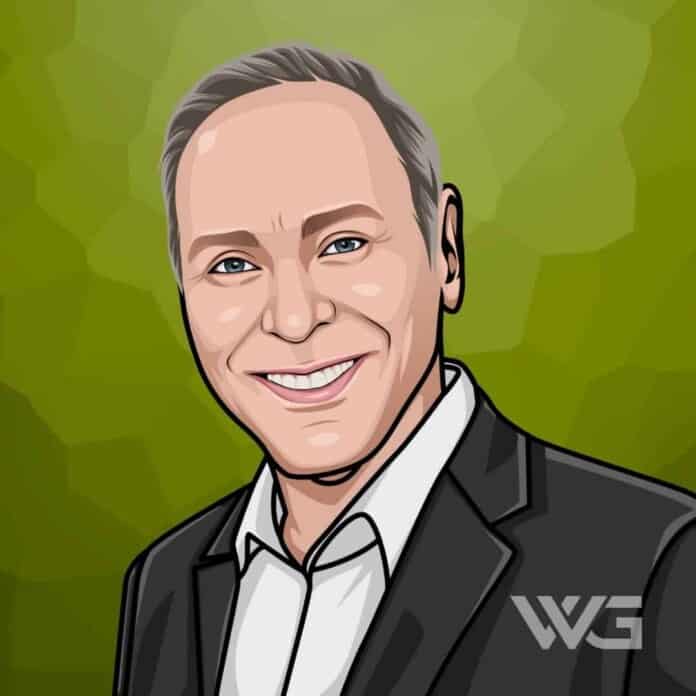 What is Neil Lane’s net worth?

Neil Lane is a jewelry designer. Lane is behind nearly every engagement ring that has been proposed with on ‘The Bachelor’ franchise. His incredible jewelry is also a big hit with the Hollywood elite and can be seen on many red carpets and celebrity weddings.

As of February 2023, Neil Lane’s net worth is estimated to be roughly $20 Million.

Neil Lane was born in 1960 in Brooklyn. Lane began collecting glass and eventually buying and selling decorative items to buy a ticket to Paris.

Since his first purchase of jewelry, his collection has grown to include many iconic pieces.

Some of his jewelry pieces have been featured as part of notable exhibitions with renowned institutions, including the Museum of Fine Arts Boston, the Richard H. Driehaus Museum, and the Kalamazoo Institute of the Arts, among others.

Lane’s life journey has always been focused on a deep appreciation of all things beautiful. He has created hand-made jewelry for some of Hollywood’s legendary stars.  He has established himself to be one of the most celebrated jewelry designers in the world.

After college, he moved to Paris, where he pursued his passion for jewelry. He developed a keen eye for vintage pieces and started his renowned period jewelry collection. Neil later relocated to Los Angeles, where he established his reputation as a jewelry collector and designer for Hollywood.

Lane started by creating pieces that appealed to a new generation. He has made jewelry for legendary stars such as Renee Zellweger, Reese Witherspoon, and Jennifer Hudson. Jessica Simpson and Ellen DeGeneres have also worn his elegant diamond engagement and wedding rings.

His journey started with him partnering with DeBeers LVMH, launching their Rodeo Drive store with his Hillwyood Diamond Collection.

As an ambassador for the diamond industry, Lane met with government officials from Botswana and South Africa. As a vintage jewels champion, he has influenced contemporary jewelry-making style and design over the last years.

In 2010, he partnered with Kay Jewelers to create a bridal collection that brings Hollywood’s glamour to every woman, Neil Lane Bridal.

How Does Neil Lane Spend His Money?

Here are some of the best highlights of Neil Lane’s career:

“It’s all about the love and affection and sharing that people have. Sometimes, it doesn’t work out, with all the pretty finery and the lavish or exotic weddings. It doesn’t. But for a moment in time, there is a real unity between people. There’s real magnificent energy that comes out of these people that I’m working with.” – Neil Lane

“If I bought a little ring with all this Edwardian detail in the platinum, I’d study it for hours with my little 10-power loupe up in my little garret,” he said. “I was on the 10th floor. I had to schlep up there.” – Neil Lane

“When I came to California in the late 1980s, I had a little counter at a vintage mall called Antiquarius in Beverly Hills, and I didn’t really know where I was within Los Angeles or even in relation to Hollywood. Barbra Streisand and Goldie Hawn were my first clients at that little counter. I never really liked diamonds per se, that really wasn’t my thing.” – Neil Lane

“Because I loved the flea market! As a teenager in Brooklyn, I was fascinated by what people threw out. I grew up in a house with antiques. My father would say, “Be careful, that’s expensive!” “ – Neil Lane

“I might have been 20 or 22, drawing and painting in Paris – studying art in the museums. But I was becoming fascinated by enameled jewelry and color and started buying little bits of art nouveau jewelry – not expensive.” – Neil Lane

“A lot of the cuts today are based on the yield, but they didn’t have that technology 100 years ago, so some of the diamonds are much more lumpy and imperfect – they have character. So when you find an Asscher cut from the 1920s.” – Neil Lane

Now that you know all about Neil Lane’s net worth and how he achieved success; let’s take a look at some of the lessons we can learn from him:

To be the best, you must be able to handle the worst.

If you are afraid of failure, you don’t deserve to be successful!

How much is Neil Lane worth?

Neil Lane’s net worth is estimated to be $20 Million.

How old is Neil Lane?

How tall is Neil Lane?

Neil Lane is an American jewelry designer. Lane has supplied the rings for the reality show ‘The Bachelor.’

Lane has created jewelry pieces for celebrities such as Renee Zellweger, Jennifer Hudson, and Reese Witherspoon and awards, including the Golden Globes and Oscars. He is best known for designing engagement rings for the reality television series ‘The Bachelor’ and has been referred to as the “ring prince.”

As of February 2023, Neil Lane’s net worth is estimated to be roughly $20 Million.

What do you think about Neil Lane’s net worth? Leave a comment below.