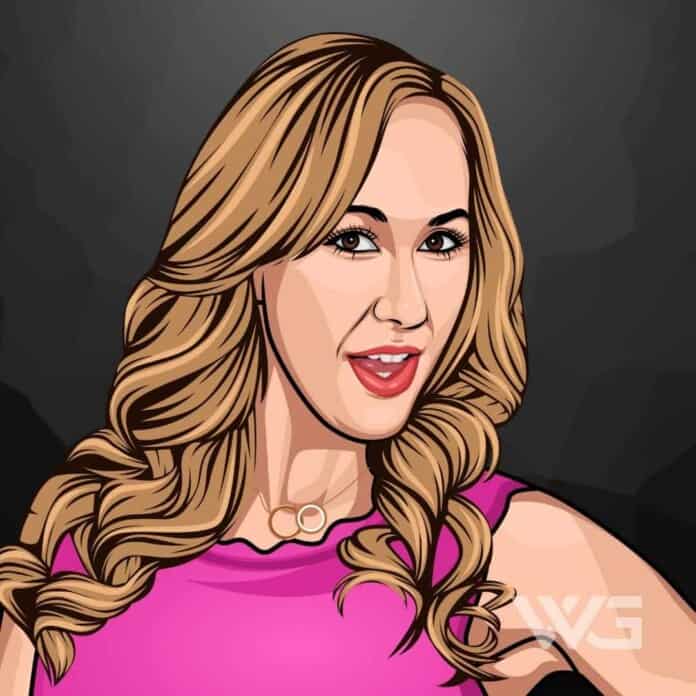 What is Brandi Love’s net worth?

As of November 2022, Brandi Love’s net worth is estimated to be roughly $8 Million, which makes her one of the highest-paid adult actresses.

Brandi Love, born Tracey Lynn Livermore, is an American adult film actress from Raleigh. Love started her career in 2004 when she started her own website. The website helped her to get introduced to the adult film industry.

She pursued her adult film career after that and is today known as one of the best adult actresses in the industry.

Tracey Livermore, “Brandi Love”, was born in Raleigh, North California on the 29th of March, 1973. She is of English and German descent.

Love is the granddaughter of stock trader Jesse Livermore. She attended Central Michigan University where she was working towards degrees in exercise science and business communication.

Today she is married to Chris Potoski and has one daughter. They are residents of Plymouth, Massachusetts.

Love started her career in 2004 when she started her own website BrandiLove.com. In 2008 she started to perform for Los Angeles production companies which did that she received a lot of attention from the producers.

In 2006 she collaborated with Gail Harris to form Naked Rhino Media which was a multimedia company that created adult films.

She began performing in studios in 2011, and two years later it was announced that Kelly Madison Media was developing a new website for Brandi Love. The website would take part in the production of a new content.

Love founded an organization called “Parents in Adult”, a legal support group for parents working in the adult film industry.

In a 2006 appearance in Tyra Banks Show, Love and her husband along with Hugh Hefner were invited to debate the subject of open marriages. As a spokesperson Love has been invited to speak at a variety of venues. Professor of Sociology Dr. David Knox was quoted as saying about Love:

“Brandi is an outstanding speaker, organized and engaging. She has spoken for two years to my human sexuality class on adult lifestyles and holds the room spellbound.”

Here are some of the best highlights of Brandi Love’s career:

“No, I mean — I think that situation has been covered appropriately. I’m not gonna get into that. But would I? It would be based on certain circumstances. He’s a powerful alpha male. I’m attracted to that. And his wife is hot and shit. So if they came as a package deal, I’d be all over that.” – Brandi Love

“With younger men there’s cardio, there’s endurance. If they don’t sweat, they feel like they’re not doing it right. Whereas older men know a woman’s body, so it may be more satisfying. They take their time. It’s not romance versus aggression, it’s — one is more of an endurance situation, and one is more of a sensuality situation. It’s the difference between women and girls. There’s a connection that older women have that young girls don’t have. That’s the beauty of sex. It’s like snowflakes — no two experiences and two people are gonna be the same. But are they all beautiful? Yes.” – Brandi Love

“Oh, my God. How many women in their 40s get roles in Hollywood? I mean, I watch Jane Fonda now and I’d bang her. She looks sick. There aren’t as many. Whereas in adult, there’s more work for the more mature than there is for the teen. Every day I’m working.” – Brandi Love

“I think I’ve lived a life, I’ve worked in the mainstream. I had executive positions. I’m married, so I have a solid foundation. I chose adult. It didn’t choose me. I left corporate America to get into the adult industry.” – Brandi Love

“When we’re kids, we don’t want to know what our parents are doing. She’s lucky to grow up in a home where her parents are very affectionate. We have an awesome marriage. – Brandi Love

How much is Brandi Love worth?

Brandi Love’s net worth is estimated to be $8 Million.

How old is Brandi Love?

How tall is Brandi Love?

Brandi Love is an adult film actress who has achieved incredible success. She has built a very high net worth throughout her career and is now one of the highest paid adult actresses in the industry.

Love has been nominated for several awards including, AVN Awards, Nightmoves, and XBIZ, and she has collaborated with some of the best adult film actresses in the world.

As of November 2022, Brandi Love’s net worth is estimated to be $8 Million. Also, don’t forget to check out our article on what is Johnny Sins net worth.

What do you think about Brandi Love’s net worth? Leave a comment below.