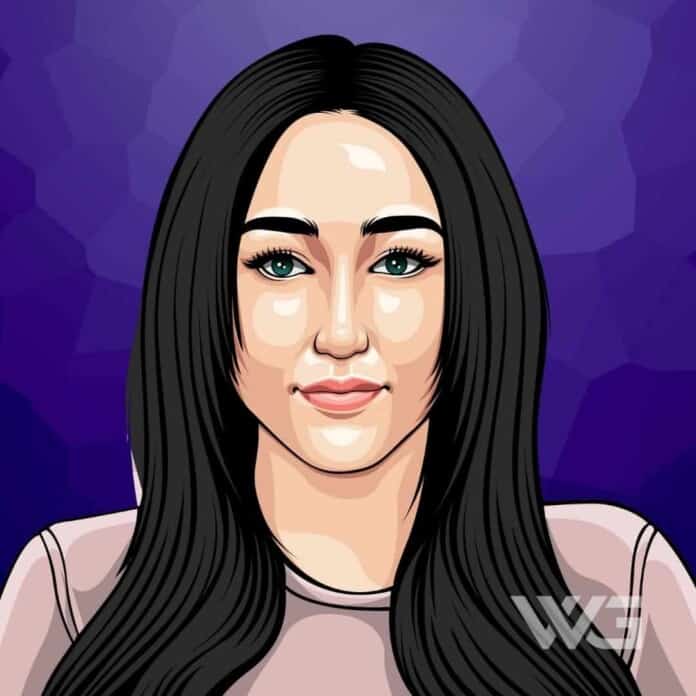 What is Noah Cyrus’ net worth?

Noah Lindsey Cyrus is an American singer and actress from Nashville.

Cyrus voiced the title character in the English dub of the 2009 anime film ‘Ponyo’. In 2016, she dropped her debut single ‘Make Me (Cry)’ which became a huge worldwide hit. Cyrus is the fifth child of Billy Ray and Tish Cyrus and the youngest sibling of Trace and Miley Cyrus.

She also has two half-siblings from her mother’s side named Brandi and Chris and one-half brother from her father named Christopher. She was raised as a staunch Catholic and regularly visited the church.

In 2012, Cyrus appeared as a guest on the talk show ‘The Joey and Elise Show’ and was cast in four episodes voice both Huga and Rota on the animated English version of the TV series ‘Hugo & Rita’. Two years later she was a cast in the TV comedy show ‘Take 2’ as a guest in three episodes.

She played Allison in the episode ‘Don’t Stick That in My Eye’ and as Adamley in ‘Bueller Bueller’. When she turned 17 she performed at many hit talk shows such as ‘The Tonight Show Starring Jimmy Fallon’, ”The Ellen Degeneres Show’.

In 2016, Cyrus signed a record deal with Barry Weiss for his record label and soon after dropped her debut single titled ‘Make Me (Cry) from her debut album. The track became extremely popular, and the same year she also released an acoustic performance of the song ‘Almost Famous’.

She featured in the song ‘Chasing Colors’ with electronic music from DJ ‘Marshmello‘ and ‘Ookay’ in 2017. The same year, her second single from the album ‘NC-17’ was aired on radios all around the world. The song ‘Stay Together’ booked a spot on the US music charts.

Here are some of the best highlights of Noah Cyrus’ career:

“I think, for anybody – not even when you’re on stage – it’s good to dress in the way that you’re comfortable; it definitely boosts your confidence. If you’re worried about what you look like the whole time, you’re not going to be able to be confident.” – Noah Cyrus

“Watching her, I’ve seen the pros and cons of being in the industry, and how so many people can be so harsh – especially toward someone as talented as Miley. But I look up to her for being so strong, being able to take all of that hate and being able to deal with people who misunderstand who she is.” – Noah Cyrus

Now that you know all about Noah Cyrus’ net worth, and how she achieved success; Let’s take a look at some of the best lessons we can learn from her:

You should always speak up. That’s what Cyrus like with her fans – to be real and speak up for things you’re passionate about.

2. Writing is the Best Escape From Reality

Writing is the best way to get your mind clear. It’s also a great way to explain your past or what you hope for in the future.

A lot of people like to judge you and make fun of you on the Internet, and people make you feel crazy whenever you’re in a depression or having anxiety or having a panic attack. Try to not give a damn.

How much is Noah Cyrus worth?

Noah Cyrus’ net worth is estimated to be $3 Million.

How old is Noah Cyrus?

How tall is Noah Cyrus?

Noah Cyrus is an incredible singer. Though she is still very young she has made quite a name for herself. She has worked with some of the best artists in the music industry such as Labyrinth, Matoma, and Lil Xan.

As of November 2022, Noah Cyrus’ net worth is approximately $3 Million, which is incredible for her young age!

What do you think about Noah Cyrus’ net worth? Leave a comment below.