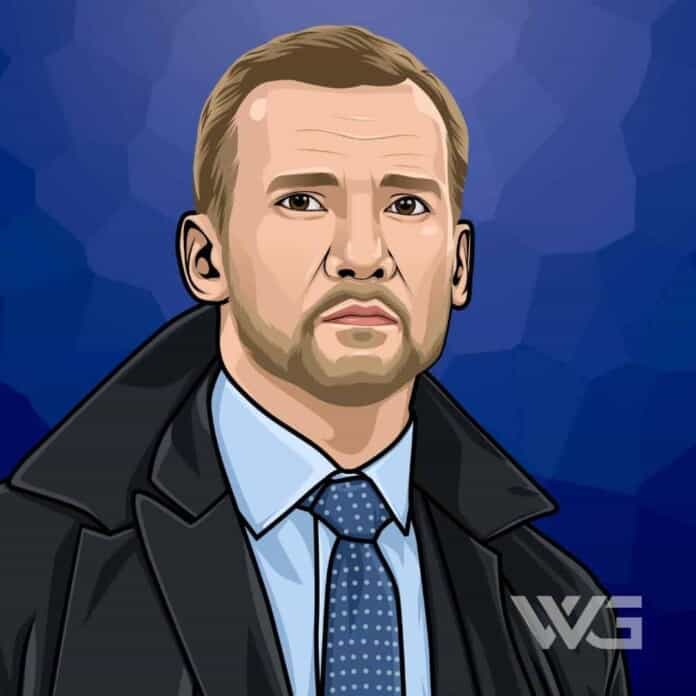 What is Andriy Shevchenko’s net worth?

Shevchenko is also a former politician and current football manager. He played as a striker for Dynamo Kyiv, Milan, Chelsea, and the Ukraine national team.

From 2016, he was an assistant coach of the Ukraine national team, at the time led by Mykhaylo Fomenko.

As of December 2022, Andriy Shevchenko’s net worth is estimated to be roughly $45 Million.

Andriy Mykolayovtch Shevchenko was born on the 29th of September, 1976, in Dvirkivshchyna, Ukrainian SSR.

He was born in the family of Praporshchik Mykola Hryhorovych Shevchenko. His family moved to the newly built neighborhood in Kyiv.

He enrolled in the football section- Because of the accident at the Chernobyl Nuclear Power plant, he was evacuated from his city. At an early age, he was a competitive boxer in the LLWI Ukrainian junior league, but eventually, he elected to move on to football.

Shevchenko played eight games for the Ukraine U18 team between 1994 and 1995. He made his international debut in 1995. He then went on to play 111 games as a member of the Ukrainian national team, scoring 48 goals in total.

In the late 1990s, Shevchenko came out in support of the Social Democratic Party of Ukraine. He appeared on the campaign trail for candidate Viktor Yanukovych during the 2004 Ukrainian presidential election.

Following his retirement, he became a member of the Ukraine Social Democratic Party. He was listed second among the party’s candidates for the Ukrainian parliamentary election. Unfortunately, his party failed to win the parliamentary representation in the election.

In 2016, Shevchenko was appointed as the assistant manager of the Ukrainian national team under manager Mykhaylo Fomenko. The same year, he was promoted to the managerial post after Fomenko was sacked due to Ukraine’s early departure from Euro 2016.

As of December 2022, Andrit Svenchenko’s net worth is estimated to be roughly $45 Million.

Shevchenko lives in a beautiful home in Wentworth, England.

Here are some of the best highlights of Andriy Svenchenko’s career:

“When I was a child, it was my dream to be a professional footballer. When I was 14, I visited Milan’s San Siro stadium and remembered thinking how unbelievable it was. From then onwards, I vowed that one day I would be playing there – and I am very proud that I achieved this and also for everything else I have managed to achieve in football.” – Andriy Shevchenko

“If my goals and victories can help the world remember Chernobyl and bring a smile to the face of the people still suffering, then I dedicate all my success to them.” – Andriy Shevchenko

“Shevchenko is the best attacker in Europe. He has a great deal of consistency, and he keeps scoring – which in Italian football is very difficult. He is a complete player, someone who can do everything on a football field.” – Andriy Shevchenko

“There is a great responsibility on the team to perform well because our supporters and the whole of the country are expecting us to do just that.” – Andriy Shevchenko

“I had a hard time at Chelsea mainly because I was injured much of the time. Every time I recovered from one injury, I seemed to get a new one, and it set me back again.” – Andriy Shevchenko

“Winning it with the Milan shirt gave me immense happiness. It was the team I dreamed of as a child. Of course, the goals I scored with Ukraine at the World Cup helped me a lot.” – Andriy Shevchenko

Now that you know all about Andriy Svenchenko’s net worth and how he achieved success; let’s take a look at some of the lessons we can learn from him:

It’s important to have fun, but the most important thing to succeed is to work hard.

2. Have a Smart Mindset

It’s all about the mindset in the end. If you believe you can do something, you will do it.

There is a great responsibility on the team to perform well because the supporters and the whole country are expecting us to do just that.

How much is Andriy Shevchenko worth?

Andriy Shevchenko’s net worth is estimated to be $45 Million.

How old is Andriy Shevchenko?

Andriy Shevchenko was born on September 29, 1976, and is currently 46 years old.

How tall is Andriy Shevchenko?

Andriy Shevchenko is a former football player, manager, and politician.

In 2004, he won the Ballon d’Or 2004.  Shevchenko is one of the most prolific players in Milan’s history and has won a Serie A, a Coppa Italia, a Supercoppa Italiana.

As of December 2022, Andriy Svenchenko’s net worth is estimated to be roughly $45 Million.

What do you think about Andriy Svenchenko’s net worth? Leave a comment below.