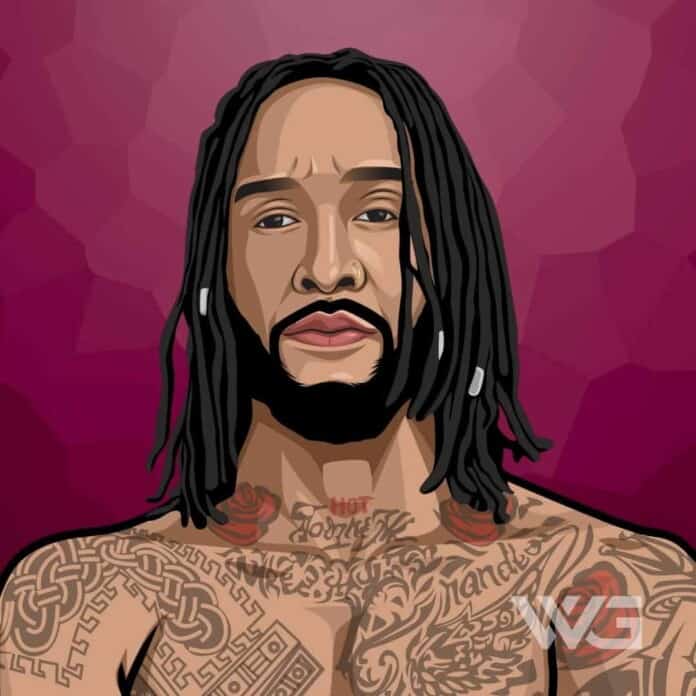 What is Omarion’s net worth?

Omarion is an American singer, composer, actor, and dancer.

He is probably best known as the lead singer of the American R&B boy band B2K. They achieved success in the early 2000s with tracks such as ‘Bump,’ ‘Bump,’ ‘Bump,’ ‘Uh Huh,’ and ‘Girlfriend.’

He embarked on a solo career and released his debut album ‘O’ in 2005. The album debuted at the top of the Billboard 200 chart and received a Grammy Award.

Omari Ishmael Grandberry was born on the 12th of November, 1984, in California. Grandberry is the son of Leslie Burrell and Trent Grandberry. His younger brother is also a singer.

Grandberry started his dancing career as a background dancer for the R&B group Before Dark. He soon began to pursue a career in music and would go on to become the lead singer of the boy band B2K.

Between the years 2001 to 2004, B2K released three successful albums and starred together in a 2004 release, ‘You Got Served,’ which was a story about a dance group preparing to win against another dance group.

After the group split, Omarion pursued a solo career. His debut solo album ‘O’ went on to reach the 1st spot on the U.S charts. In 2006, he dropped another album, ’21’, which included the track ‘Ice Box.’

In the 2000s, Omarion made a successful transition to the big screen, acting in movies such as ‘Fat Albert,’ ‘The Proud Family Movie,’ ‘Somebody Help Me,’ and ‘Feel the Noise.’

Throughout his TV career, he has appeared in sitcoms such as ‘The Bernie Mac Show,’ ‘One on One,’ ‘Cuts.’ He has also been in other television series such as ‘Kourtney and Khloe Take Miami,’ ‘America’s Best Dance Crew,’ ‘Let’s Stay Together’ and ‘Love & Hip Hop.’

He has released seven albums and 30 singles. His career’s major highlight remains his debut solo album ‘O’ that received a Grammy Award nomination.

How Does Omarion Spend His Money?

Omarion has made his fortune from album sales, performances, and acting. He has a significant interest in cars, and he has some of the most fantastic cars in his collection.

Omarion has a huge collection of expensive cars. We can see some of the cars in his collection include a Rolls-Royce Ghost, a Mercedes Benz CL 500, a Hummer H2, an Aston Martin Vanquish, and a Range Rover Sport.

This singer owns a lot of expensive jewelry and watches. One of his most notable purchases includes a Rolex Oyster. He purchased the watch for $24,000.

Here are some of the best highlights of Omarion’s career:

“A lot of the times, at least for men, we have a radar, so to speak, and I rate a girl’s personality, who she is, how outgoing she is, on the type of fun we’re going to have. There are some girls where you can take them to things that are cool like the pier, and they’ll actually enjoy that more than going to an expensive restaurant.” – Omarion

“One thing that I am becoming to learn is that you’ve got to have patience and wait your turn in this game. I feel like I am progressing as an artist, as a writer, and as a performer, and I know that there will be that one moment that will change everything.” – Omarion

“Just like Michael Jackson in the Jackson 5 or Beyonce in Destiny’s Child or Justin Timberlake in ‘NSYNC. I think there’s something unique and special about the breakout stars in groups. I think you’re able to connect differently with the audience when you’re used to having that support.” – Omarion

“To really create something special, it has to be built on some foundation. And I think friendship is a good foundation you could always tap back on if you disagree. So for me, it’s not dating, it’s more so friendship.” – Omarion

“I recall a conversation I was having with Pharrell one time. We were in the studio talking about R&B, and he said, ‘You’re like me, we’re like each other, we think the same way.’ He’s one of the few people I would consider a mentor, not because I look up to him but because he’s actually given me sound advice, and it came from a place inside of him.” – Omarion

Now that you know all about Omarion’s net worth and how he achieved success; let’s take a look at some of the lessons we can learn from him:

There is so much that happens in the entertainment life, especially when you’ve been working from such a young age, such as Omarion, stay present.

You have to know yourself well enough to know what’s important. And when you do that, things don’t get in your way. You don’t allow them to.

3. Life Is a Process

Life isn’t a store where you go in and be like, ‘Oh, Ima get that.’ It’s a process, especially if you don’t really know how to acquire certain things.

How much is Omarion worth?

Omarion’s net worth is estimated to be $6 Million.

How old is Omarion?

How tall is Omarion?

Omarion is an American singer, rapper, and actor who started his career with the band B2K. A high point in his career came with his solo album ‘O’, which earned him a Grammy nomination.

He has also starred in several sitcoms and has served as a judge on ‘America’s Best Dance Crew.’ Omarion has released albums such as ‘O,’ ‘21,’ ‘Ollusion’ and ‘Sex Playlist.’

What do you think about Omarion’s net worth? Leave a comment below.