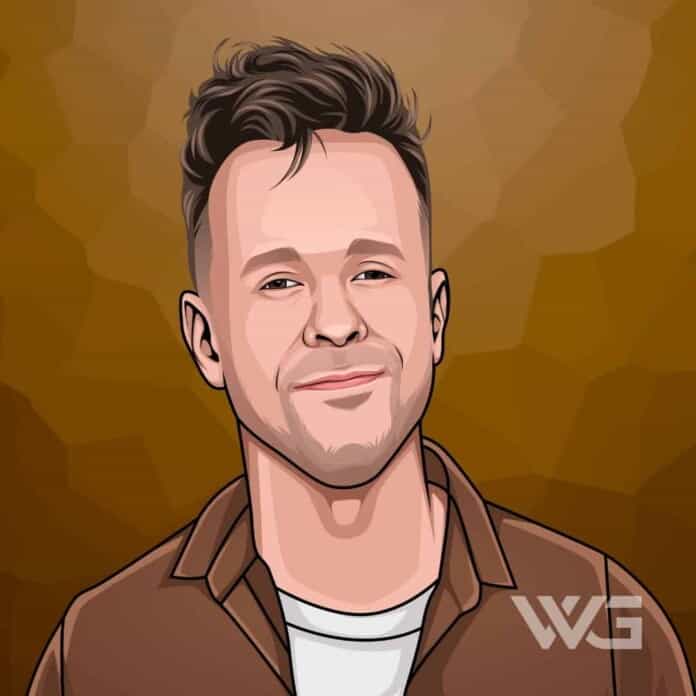 What is Ricky Reed’s net worth?

He is also a solo artist and the lead vocalist of Facing New York. Reed is also the multi-instrumentalist and songwriter of the electric act Wallpaper.

As of February 2023, Ricky Reed’s net worth is estimated to be roughly $12 Million.

Eric Burton Frederic was born on the 23rd of July, 1982, in California. Frederic founded the electronic music act Wallpaper in 2004. Wallpaper released their first album ‘Doodoo Face’ in 2009.

In 2013, they went on to release ‘Ricky Reed Is Real.’ The album reached the 10th spot on the US Heatseekers chart. When he was in high school, he was in a high school punk band.

Reed is the founder of Nice Life Recording Company. The band toured across the United States and also in Europe and Japan.

Most of his wealth and success came thanks to his work as a successful producer. Reed has produced singles for artists including Far East Moment, Jason Derulo, Pitbull, Meghan Trainer, and CeeLo Green. He has produced many tracks and albums for Lizzo.

For the singer Lizzo, he co-produced some of her biggest hits, ‘Juice,’ ‘Good as Hell’, and ‘Truth Hurts.’ He has been nominated for Grammy Awards in 2017 and 2020 as the “producer of the year.”

How Does Ricky Reed Spend His Money?

Reed is a proud owner of a beautiful home in La Cañada Flintridge. He purchased the home for $4 million. It comes with four bedrooms and 4,5 bathrooms.

Reed is a well-established producer, which is one reason he has gained a massive net worth. To be one of the best producers in the music industry, you will need to have expensive electronic equipment.

Here are some of the best highlights of Ricky Reed’s career:

“Pitbull is, like, one of the most incredible humans. He recorded the verse in a day, we mixed it the next day, and it was on the radio in like two weeks after we made the initial track. That’s just how he works.” – Ricky Reed

“It’s a song about the devotion and perseverance required on both sides of a relationship to get through some really tough shit. In this case, it was getting through severe depression over the course of my wife’s pregnancy. To have this little one I’m holding now, we had some rocky times.” – Ricky Reed

“What makes me effective as a producer is sitting down first and foremost and asking an artist, ‘how are you?’ I figure out what’s going on, what’s up, what’s down and what’s good, and what’s bad. We don’t write songs immediately. We take a walk to the coffee shop or hang out in the backyard for a bit and kick it. Once we get to that place of comfortability, I can turn on the heat and make some tracks.” – Ricky Reed

”I had a falling out with a little high-school girlfriend, and I basically put a band and a show at a coffeehouse together so I could sing covers of punk love songs for her. That, honestly, was the impetus behind it. Once I played that first live show, I had that feeling. That was it.” – Ricky Reed

Now that you know all about Ricky Reed’s net worth and how he achieved success; let’s take a look at some of the lessons we can learn from him:

If you are stuck at a dead-end job or know your friends are bringing you down, the time to act is now. You don’t know how much time you’ve got left.

Just work at the moment day by day, try to make things. Work can guide you where you want to go in the long term.

Practice to don’t take things personally. It’s just the way things are, and we can’t control everything. Sometimes we need to hear the worst, so we have no fear in what we do and learn to work around people.

How much is Ricky Reed worth?

Ricky Reed’s net worth is estimated to be $12 Million.

How old is Ricky Reed?

How tall is Ricky Reed?

Ricky Reed has become one of the music industry’s best songwriters and producers. Reed has scored many hits with Jason Derulo, Jessie J, Fifth Harmony, Robin Schulz, and Cobra Starship.

Reed is very humble, and he has achieved such stratospheric success. He encourages people he works with to dig deep into the core of who they are and what they want to achieve in music.

As of February 2023, Ricky Reed’s net worth is estimated to be roughly $12 Million.

What do you think about Ricky Reed’s net worth? Leave a comment below.

Lana Wachowski and her sister Lilly made a fortune from the Matrix film trilogy, various sci-fi adventure films and Marvel comic books.