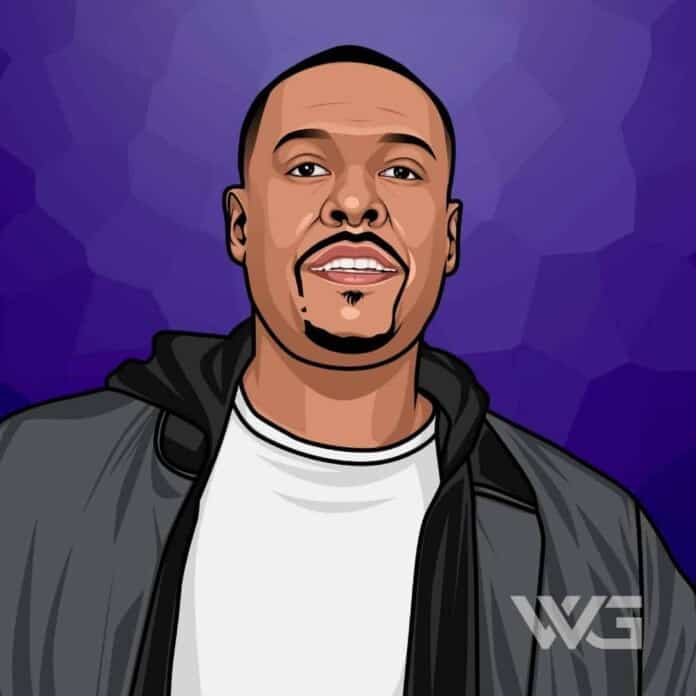 What is Paul Pierce’s net worth?

Pierce played 19 seasons in the NBA, predominantly with the Boston Celtics. He was a high school McDonald’s All-American and earned consensus first-team All-America honors in his junior year at Kansas.

In 1998, after being chosen by the Boston Celtics with the 10th overall pick in the NBA draft, Pierce spent the first 15 years of his career with Boston.

Paul Anthony Pierce was born on the 13th of October, 1977, in Oakland, California.

His family later moved to California, where he attended Inglewood High School. In his senior year, he averaged 27 points, 11 rebounds, and 4 assists per game.

In 1995, Pierce participated in the McDonald’s All-American Game alongside future NBA stars Kevin Garnett, Vince Carter, Stephon Marbury, and Antawn Jamison. He was a contestant in the game’s Slam Dunk Contest, which was won by Carter.

In 1998, Pierce was drafted as the 10th overall in the NBA Draft by the Boston Celtics.

He is one of only three players, alongside Larry Bird and John Havlicek, to have scored over 20,000 points in their career with the Celtics alone. Pierce holds the Celtics’ record for three-point field goals made as well.

His nickname “The Truth” was given to him by player Shaquille O’Neal after a 112-107 Lakers’ victory over the Celtics in 2001. In 2013, Pierce was sent to the Nets along with teammates Kevin Garnett and Jason Terry. He finished his career playing three seasons with the LA Clippers, retiring after the 2018 season.

In 2000, he was stabbed 11 times in the face, neck, and back and had a bottle smashed over his head while at the Buzz Club in the Boston Theater District. He underwent lung surgery to repair the damage.

Pierce was hired to be a studio analyst for ESPN in 2017. However, he was fired by ESPN in April 2021 after posting a racy video to Instagram featuring two scantily clad women.

How Does Paul Pierce Spend His Money?

Paul Pierce spends his money on real estate and cars.

Pierce owns an $8.7 million Calabasas mansion with a Celtics basketball court. It comes with eight bedrooms, 10 bathrooms, a movie theater, and a bowling alley.

Pierce loves to drive a lavish car. One of his most notable car purchases includes a 1961 Chevy Impala Convertible.

Here are some of the best highlights of Paul Pierce’s career:

“Once people start making comparisons to a player of the past, they want you to be that player. I try to go out there and create my own image, my own style, my own type of game. Right now, I can’t even think of one guy I’ve been compared to.” – Paul Pierce

“I’ve never even been into those supplements or any of that. I don’t even drink energy shakes. I’m not into that kind of stuff. You get me an In-N-Out burger and some Popeye’s fried chicken, and I’m straight.” – Paul Pierce

“Life changes when you have a child when you have your own family. You become more careful about what you do. You’re not going to be out late, going out to clubs, hanging out with your friends. You’re going to be at home, taking care of your daughter, playing with her.” – Paul Pierce

“I’m just trying to be positive. I like the guys I’m around. Even though we’re not on the record, Id like to be, even after a loss, guys are mad, but then we have fun, and you move on. They look up to me. I’ve been around eight years.” – Paul Pierce

“Both teams want to win, and they want to do everything possible. You don’t think about the fatigue factor. You’re just trying to grind it out to get the win.” – Paul Pierce

“My brother was a huge Charles Barkley fan – my brother went to Miami. He played power forward, and he always used to tell me stories about Barkley and college. And I watched Barkley growing up. I loved what he brought to the game. His toughness and just his attitude, being as strong he was.” – Paul Pierce

Now that you know all about Paul Pierce’s net worth and how he achieved success; let’s take a look at some of the lessons we can learn from him:

Inspirational quotes are good for the mind and soul as it makes us see the world from a different perspective.

Words and thoughts can be inspirational, but until you take the first step, you must motivate yourself. Otherwise, your dream will remain a dream.

When you see the world through serene eyes, you generate peace wherever you go.

How much is Paul Pierce worth?

Paul Pierce’s net worth is estimated to be $70 Million.

How old is Paul Pierce?

How tall is Paul Pierce?

In a career that spanned from 1998 to 2018, he has earned $198 million in NBA salary alone. Pierce is one of the 25-highest paid players in NBA history. In addition, he earned tens of millions more from endorsements.

What do you think about Paul Pierce’s net worth? Leave a comment below.