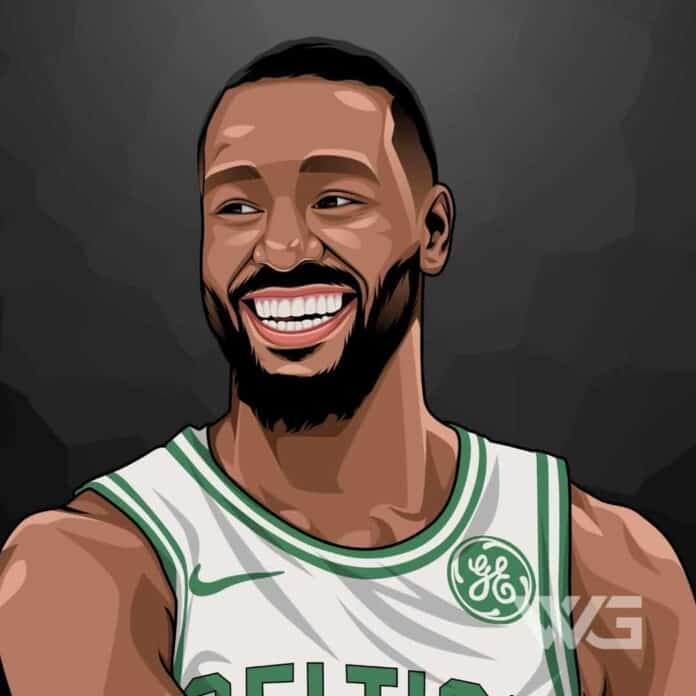 What is Kemba Walker’s net worth?

Kemba Walker is an American professional basketball player for the Boston Celtics of the NBA.

Walker was picked ninth overall by the Charlotte Bobcats in the 2011 NBA draft.

In his junior year, Walker played against Simeon Career Academy and senior guard Derrick Rose in Madison Square Garden in a 53–51 win.

During Walker’s senior year he averaged 18.2 points per game and 5.3 assists per game, earning him a spot on the prestigious McDonald’s All-American Team.

The same year, he signed the rookie scale contract with the Bobcats, and with the injury of point guard D. J. Augustin, he became their starting point guard.

The following year, he hit the first game-winner of his NBA career against the Minnesota Timberwolves. He finished the game with 22 points on 9-of-19 shooting, as well as 5 rebounds, 4 assists, and 4 steals.

On January 28, 2015, Walker was ruled out for six weeks after he underwent successful surgery to repair a torn lateral meniscus in his left knee.

Here are some of the best highlights of Kemba Walker’s career:

“I just want to do something special in Charlotte. I’ve been there eight years now, and we haven’t really been consistent as far as winning. I just want to try to establish that culture at some point. That’s what I want to do. I just want to make it a winning organization.” – Kemba Walker

“I’ve come a very long way, especially from my young career. From not always being the best guy on the team to just increasing my work ethic every single year, every single summer. Just seeing the hard work pay off, I think that’s what’s most gratifying for me.” – Kemba Walker

“On the off days, you have to come in and try to maintain your rhythm, just try to keep everything together. I sometimes come by myself, or some of my boys, get up a few shots, not too much, before or after practice. I always find time to get some shots up.” – Kemba Walker

“This is a special class right here, to be an All-Star in the NBA. I don’t think anybody would have thought when I was coming in the league that I would get this accomplishment. This is special. I don’t know where I would rank it, but it’s definitely high on the list.” – Kemba Walker

Now that you know all about Kemba Walker’s net worth, and how he achieved success; let’s take a look at some of the lessons we can learn from him:

You are never too old to set another goal or to dream a new dream.

You do not find a happy life. You make it.

Inspiration comes from within yourself. One has to be positive. When you’re positive, good things happen.

How much is Kemba Walker worth?

Kemba Walker’s net worth is estimated to be $20 Million.

How old is Kemba Walker?

How tall is Kemba Walker?

Kemba Walker is an American professional basketball player who has won the NCAA championship in 2011 and was named the NCAA Final Four Most Outstanding Player.

He was also a consensus first-team All-American and won the Bob Cousy Award in addition to being the Big East Tournament MVP.

What do you think about Kemba Walker’s net worth? Leave a comment below.