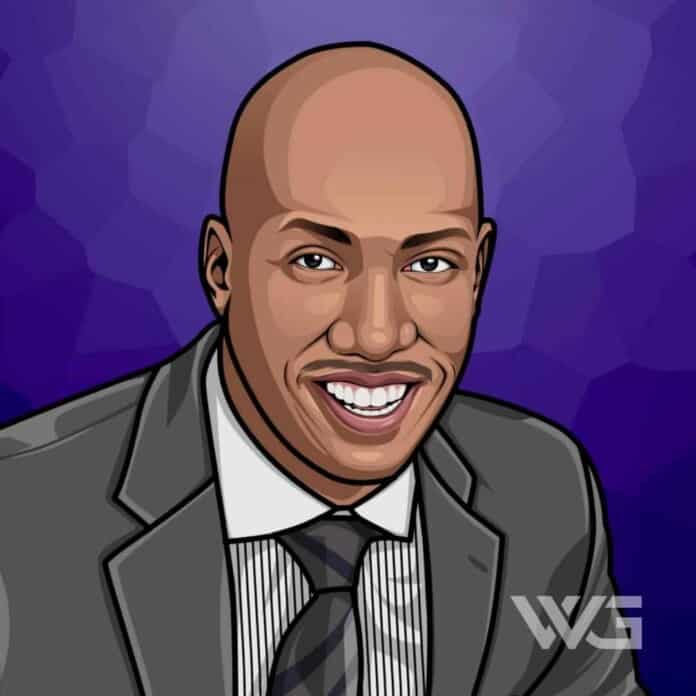 What is Chauncey Billups’ net worth?

Billups serves as an assistant coach for the Los Angeles Clippers of the National Basketball Association. He played 17 seasons in the NBA.

After playing college basketball with the Colorado Buffaloes, he was selected third overall in the 1997 NBA Draft by the Boston Celtics. He is a five NBA All-Star and a three-time All-NBA selection. In 2004, he won the NBA Finals MVP.

As of December 2022, Chancey Billups’ net worth is estimated to be roughly $45 Million.

Chauncey Ray Billups was born on the 25th of September, 1976, in Denver, Colorado.

Billups graduated from Geroge Washington High School of Denver in 1995. He was a four-time All-State first-team pick. He was selected to the 1995 McDonald’s All-American Team but did not play due to a shoulder injury.

Billups chose the University of Colorado Boulder over Kansas. He averaged 18.5 points, 5.1 assists, and 5.6 rebounds per game over his two seasons with the Buffaloes. In the 1996–97 season, he was named to the All-Big 12 Conference First Team.

In 1997, Billups was drafted third overall in the NBA draft by the Boston Celtics.

In his first career game, he recorded 15 points, 2 rebounds, and 4 assists in 16 minutes of playing time as a reserve in a win against the Michael Jordan-led Bulls.

The following year, he was traded to the Toronto Raptors, along with Roy Rogers, Dee Brown, and John Thomas in exchange for All-Star point guard Kenny Anderson, Žan Tabak, and Popeye Jones. On February 22, in just his second career game with the Raptors.

In 1999, Billups was dealt with his hometown Denver Nuggets in a three-way deal involving one of Billups’s future teams, the Minnesota Timberwolves.

Billups was signed by the Minnesota Timberwolves as a back-up to then point guard Terrell Brandon. In 2002, Billups signed a 5-year, $35 million contract with the Detroit Pistons to be the team’s new starting point guard. Billups quickly earned respect from Pistons fans and colleagues for his tenacious defense and clutch shooting.

As of December 2022, Chauncey Billups’ net worth is estimated to be roughly $45 Million.

Here are some of the best highlights of Chauncey Billups’ career:

“I played football first. I love football. I’m a die-hard Broncos fan. I loved football, but in the offseason, I started playing basketball, and I just fell in love with the game. I’ve been playing basketball ever since 5th grade.” – Chauncey Billups

“I’m from Denver, and basketball there isn’t near what it is out in Chicago or Detroit or L.A. There weren’t that many great players to come out of the area; I was the best player in high school. I was Player of the Year for four straight years for the state. As a freshman, I was State Player of the Year; I was Mr. Everything, so I was a phenom.” – Chauncey Billups

“For me, I think Andre Drummond is going to be a superstar. We didn’t have that. We had a lot of very good players. I think Drummond will be a superstar if he continues to work. The media, everyone is behind him.” – Chauncey Billups

“I persevered, sustained, and continued to work hard and finally got my opportunity in Detroit, and I never turned back from that point. That’s what made it so sweet to me to win a championship after what I went through. I had to scrap and fight to get through it, and to reach the pinnacle made it even sweeter.” – Chauncey Billups

Now that you know all about Chauncey Billups’ net worth and how he achieved success; let’s take a look at some of the lessons we can learn from him:

No amount of talents, skills, or charisma can sustain us the way integrity, character & attitude does.

The ways in which we disagree with one another helps define one’s leadership and one’s humanity.

Your true character is most transparent when placed in a position of power.

How much is Chauncey Billups worth?

Chauncey Billups’ net worth is estimated to be $45 Million.

How old is Chauncey Billups?

How tall is Chauncey Billups?

Chauncey Billups is an American professional basketball guard. Billups had been nicknamed Mr. Big Shot for his late-game heroics. In 1997, he was chosen third overall in the NBA Draft by the Boston Celtics.

He was a star basketball player for the University of Colorado at Boulder before he was drafted by the Celtics.

As of December 2022, Chancey Billups’ net worth is estimated to be roughly $45 Million.

What do you think about Chauncey Billups’ net worth? Leave a comment below.

What is Danica Patrick's net worth? Introduction As of ,...