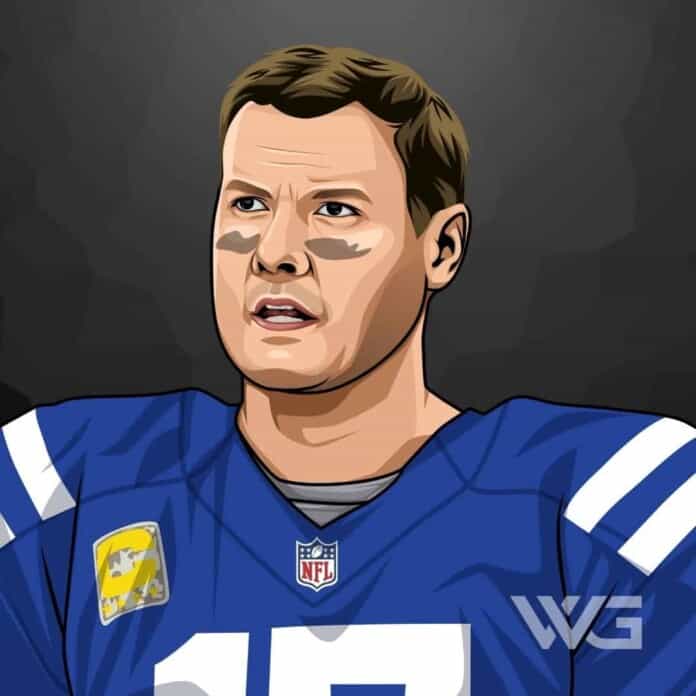 What is Philip Rivers’ net worth?

Philip Rivers is an American football quarterback for the Los Angeles Chargers of the NFL.

He was drafted in the first round of the 2004 NFL Draft with the fourth overall pick by the New York Giants, who traded him to the Chargers for their first overall pick, quarterback Eli Manning.

Phillip Michael Rivers was born on the 8th of December, 1981, in Decatur, Alabama.

His father, Steve, was the head coach of Decatur High’s football team and his mother, Joan, was a teacher.

Rivers went to Decatur then moved to Athens. As part of a fifth-grade project, he had to make a poster about his dreams and aspirations.

Moving on to his professional life and career, he was from a sports background as his father was the Decatur high school football team. He played splendidly well throughout his high school years. His father influenced him to play football.

He attended North Carolina State University where he showed his football skills for Coach Chuck Amato’s NC State Wolfpack football team. Rivers played there from 2000 to 2003. He is a good friend of former teammate Steven Weatherford and Derek Carr.

Upon, achieving his college football career, he moved towards his professional game. In the 2004 NFL draft, he was picked 11th overall by San Diego Chargers and signed a six-year contract worth $40 million.

Throughout his professional football career, he has made a total of 13 fourth-quarter comebacks, his most recent being in 2011, when he led the Chargers to a 24-17 win over the Minnesota Vikings. In 2016 he earned his sixth NFL Pro-Bowl selection.

Here are some of the best highlights of Philip Rivers’ career:

“Anybody who has watched me play knows I’m not one of the fastest guys, but I understand what’s going on around me and what to look for. I know what the defense is doing.” – Philip Rivers

“What we’ve established (in San Diego) with my growing family is hard to re-create. It’s hard to up and re-create that. I know that moves are part of life. But that certainly is fair to say that (not being sold on moving to Los Angeles) is part of it. The good thing is I’m not under contract in a year where we’d potentially be in Los Angeles.” – Philip Rivers

“What I can control and all I know as of today, I am signed up for one more year…I guess things could change, but with all the uncertainty in many aspects, I don’t see (his decision not to sign an extension) changing before camp gets here, and when camp gets here I’m even more certain to play it out.” – Philip Rivers

Now that you know all about Philip Rivers net worth, and how he achieved success; let’s take a look at some of the lessons we can learn from him:

Whatever you hold in your mind on a consistent basis is exactly what you will experience in your life.

3. Even If You Stand Alone

Be brave to stand for what you believe in even if you stand alone.

How much is Philip Rivers worth?

Philip Rivers’ net worth is estimated to be $80 Million.

How old is Philip Rivers?

How tall is Philip Rivers?

Philip Rivers is an American football player who was drafted #4 overall by the Chargers in the 2004 NFL Draft.

He started to establish his record of success as a student at North Carolina State University, where he played college football.

Throughout his professional football career, he has made a total of 13 fourth-quarter comebacks, his most recent being in 2011, when he led the Chargers to a 24-17 win over the Minnesota Vikings.

As of January 2023, Philip Rivers’ net worth is approximately $80 Million.

What do you think about Philip Rivers’ net worth? Leave a comment below.