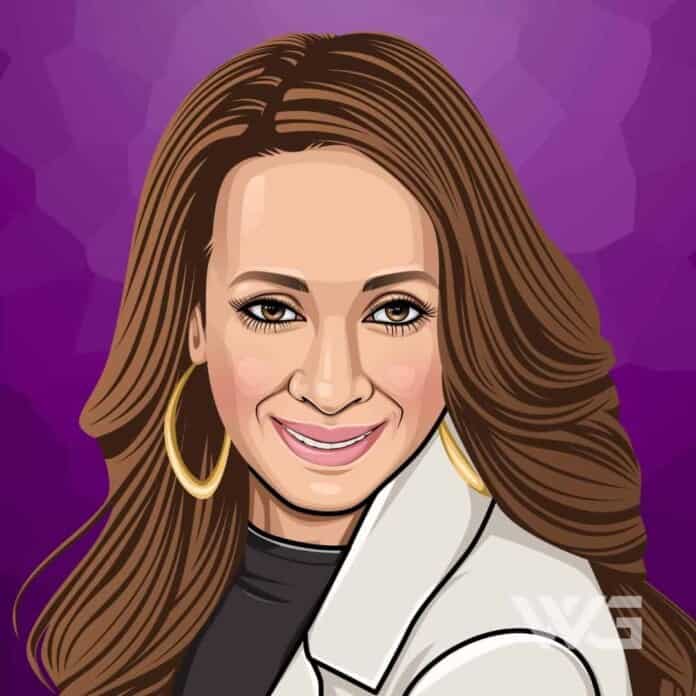 What is Dorinda Clark’s net worth?

Dorinda Clark is an American gospel singer and evangelist.

Dorinda Grace Clark Cole was born on the 19th of October, 1957, in Detroit, Michigan.

Growing up, she loved to sing with her sisters in their father’s church. In 2002, Clark released her first studio album.

The album won a Soul Train and two Stellar Awards. A few years later, her second effort, ‘The Rose of Gospel,’ reached the top five on the Gospel charts. It also earned a Grammy nod for “Best Traditional Soul Gospel.” Her subsequent albums, ‘Take It Back’ and ‘I Survived,’ both reached the Gospel top five.

It won two Stellar Awards and a Soul Train Lady of Soul Awards. It featured the hit single ‘I’m Coming Out.’ Her following album, ‘The Rose of Gospel,’ was released under the same label in 2005.

Her third album was released through Centric Records/Zomba Label Group, and it was dropped in 2008. The following year, she released another album titled ‘In The Face of Change’. It featured songs such as ‘Change’ and ‘BAMM.’ The album was never heard of until she announced it the same day of its release.

Her project ‘I Survived’ was released in 2011 with Light Records. It features the track ‘Thank You,’ which she sings with her Sister, Twinkie Clark. In 2009, she performed ‘Nothing But the Truth.’

With the Clark Sisters, she appeared regularly on The Tonight Show with Jay Leno, ABC’s The View, Bobby Jones Gospel, TBN’s Praise the Lord, and Gospel Superfest.

Here are some of the best highlights of Dorinda Clark’s career:

“That I was a survivor. I’ve survived suicide attempts, I’ve survived the nay-sayers, the lies, sickness, and a period of what could have almost been death but THANK GOD “I’m Still Here” and it’s really by the grace of God.” – Dorinda Clark

“I’m looking into writing a book, to be called I’m Still Here. I’ve had some real episodes based around that concept. A lot of people don’t know that I actually died when I was two or three years old, but God brought me back and also, I was hit by a car.” – Dorinda Clark

“It looks like it’s competitive but it’s ministry. When you are in order you’re pushed to do it because of what God has given you and because of the purpose He has designed you for. I’d encourage those trying to make it to stay prayerful because there are some things you will have to go through.” – Dorinda Clark

“You really have to have people around you who are very supportive. If not, then it’s not going to be easy. I’ve managed first of all by having a relationship with God. Then He worked everything to move in my favor to allow the ministry to go forth.” – Dorinda Clark

“Even when I had my children, I never had a problem. My mother-in-law would just say, ‘Gimme the kids!’ I had no problems in that area. It was like God just mapped my life right on out. And those are the kind of things that will happen if you acknowledge God. The bible says ‘Seek ye first the kingdom…and these things shall be added.” – Dorinda Clark

Now that you know all about Dorinda Clark’s net worth and how she achieved success; let’s take a look at some of the best lessons we can learn from her:

No matter what someone is going through, God will help them survive their circumstances.

Put your hope and faith in God, never give up. Life is all about hope. You need to have hope to succeed in life. Surround yourself with loved ones.

Life will never turn out to be as you want it to be, you better stay patient.

How much is Dorinda Clark worth?

Dorinda Clark’s net worth is estimated to be $9 Million.

How old is Dorinda Clark?

How tall is Dorinda Clark?

Dorinda Clark is a well-known evangelist and gospel singer.

Clark is best known for her successful gospel recordings and for her work with the group, The Clark Sisters.

Since then, she has released five albums since she went on with her solo career in 2002. All of her albums reached the top 5 gospel music charts.

What do you think about Dorinda Clark’s net worth? Leave a comment below.