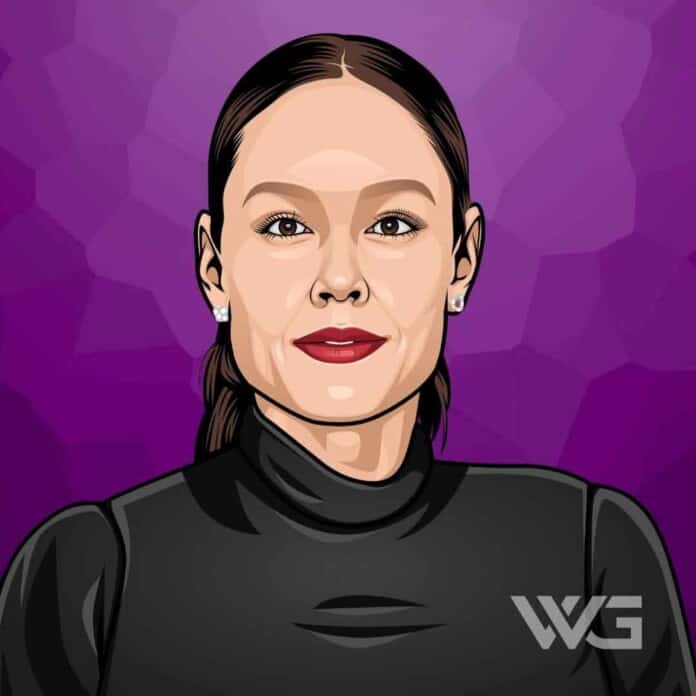 What is Vanessa Minnillo’s net worth?

Vanessa Minnillo is an American television personality and actress.

In 1998, Minnillo was named Miss Teen USA. She has been a New York-based correspondent for ‘Entertainment Tonight’. She has also hosted ‘Total Request Live’ on MTV.

Minnillo has starred in two network sitcoms and has hosted various competitions and reality shows through the 2010s and 2020s.

As of February 2023, Vanessa Minnillo’s net worth is estimated to be roughly $25 Million.

Vanessa Joy Minnillo was born on the 9th of November, 1980, in Angeles, Philippines.

Her father is an American citizen from Cleveland of Italian and Irish descent, while her mother is from Manila, Philippines. Her parents both remarried, and her brother relocated to Turkey with their mother and new stepfather.

She lived in Washington,  California, Nevada, Florida, Germany, and Japan and attended eight schools in nine years. Minnillo’s parents separated in 1983 and were divorced in 1986. Minnillo attended the Roman Catholic Bishop England High School and was a cheerleader.

Minnillo was crowned Miss South Carolina in 1998. She was then a host on ‘MTV’s ‘Total Request Live’ from 2003 until 2007. She was the New York City correspondent for ‘Entertainment Tonight’ in 2005. Minnillo hosted Miss Teen USA in 2004 and co-hosted Miss Universe in 2007.

After she left MTV and Entertainment Tonight, she was featured in print and web-based advertising for BONGO Jeans 2007 collection.

She has also been a spokeswoman for Flirt! Cosmetics. She has been featured on the covers of Maxim, Shape, and Lucky.

She was a finalist in E!’s competition to replace Brooke Burke as Host of ‘Wild On!’. She also hosted ‘True Beauty,’ which had its premiere on ABC on the 5th of January 2009.

Minnillo has appeared in television series including ‘That’s Life,’ ‘City Girls,’ ’30 Rock,’ ‘The Bold and the Beautiful,’ ‘Psych,’ ‘Hawaii Five-O’ and ‘Maybe It’s Me.’

She starred as Ashlee in ‘How I Met Your Mother’. On the 6th of September, 2017, she was announced as one of the celebrities who will take part in the 25th season of ‘Dancing with the Stars’. She was paired with dancer Maksim Chmerkovskiy. They became the seventh couple to be eliminated from the competition.

As of February 2023, Vanessa Minnillo’s net worth is estimated to be roughly $4 million.

How Does Vanessa Minnillo Spend Her Money?

Minnillo owns a beautiful home in Encino, California. It comes with seven bedrooms, and it was purchased for $4.15 million.

Minnillo has helped out the charity organization Operation Smile.

Here are some of the best highlights of Vanessa Minnillo’s career:

“I love seeing my husband hold our daughter and give her kisses unsolicited kisses. When he doesn’t know that I’m watching or when I come into the room, and I look over, he’s just kissing her forehead or kissing her cheek. He loves her so much, and I love his love for her.” – Vanessa Minnillo

“I hear the Sophie Giraffe is great for teething. Another thing I really love right now is the Moby Baby Carrier. To me, it seems like a natural way to hold the baby close to you. I also love the burp cloths, bibs, and swaddle blankets from Aden and Anais. Their stuff is organic and pure.” – Vanessa Minnillo

“What I love about Popsicle and the moments I can be with Camden is that their whole philosophy is family and these moments that it can create to just sit with my son, read a comic book or go outside on a hot day, take a swim and have a Popsicle treat with him.” – Vanessa Minnillo

“Everything that went on in my life… it was super important for me to have Camden first. And by that, I mean my son and to have that relationship with my son to give me that quiet confidence that I needed as a mother and as a woman. Now with Brooklyn, I am just so at ease; I am so comfortable.” – Vanessa Minnillo

“It’s funny because everyone says you sleep when the baby sleeps, or you take a nap when baby takes a nap. That’s true when you have one. When you have two, that is not true.” – Vanessa Minnillo

Now that you know all about Vanessa Minnillo’s net worth and how she achieved success; let’s take a look at some of the lessons we can learn from her:

With social media, people share mostly their best moments. Don’t feel like you’re not doing enough when you see a mom posting about making applesauce after buying it.

Trust is the most important part of a relationship, closely followed by communication.

With acting, when you’re reading a script, you’re regurgitating someone else’s words.

How much is Vanessa Minnillo worth?

Vanessa Minnillo’s net worth is estimated to be $25 Million.

How old is Vanessa Minnillo?

Vanessa Minnillo was born on November 9, 1980, and is currently 42 years old.

How tall is Vanessa Minnillo?

Minnillo was crowned Miss Teen USA in 1998, and she is best known for her work as a correspondent on ‘Entertainment Tonight’. She has been the host of MTV’s ‘Total Request Live’.

She has also worked as an actress in the films ‘Fantastic Four: Rise of the Silver Surfer’ and ‘Disaster Movie’. When it comes to television, she has starred in ‘The Bold and the Beautiful,’ ‘How I Met Your Mother,’ ‘Psych’ and ’30 Rock’.

As of February 2023, Vanessa Minnillo’s net worth is estimated to be roughly $4 million.

What do you think about Vanessa Minnillo’s net worth? Leave a comment below.