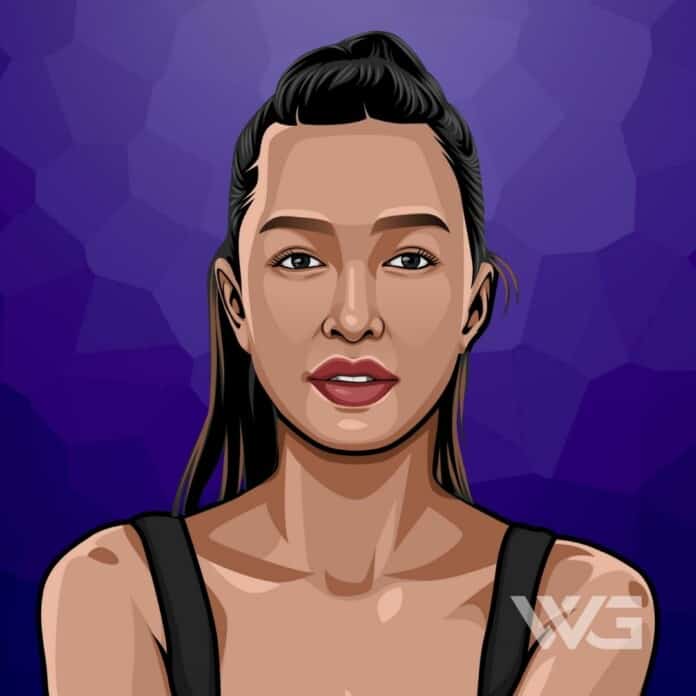 What is Christian Serratos’ net worth?

Christian Serratos is an American actress.

Serratos is best known for her role as Rosita Espinosa in the TV-show ‘The Walking Dead’. Serratos is also known for playing Suzie Crabgrass in the Nickelodeon series ‘Ned’s Declassified School Survival Guide’ and as Angle Weber in ‘The Twilight Saga’ series.

Christian Serratos was born on the 21st of September, 1990, in Pasadena, California. Her mother is a jewelry designer, and her father is a set construction worker of Italian descent.

Serratos portrayed Suzie Crabgrass in the Nickelodeon series ‘Ned’s Declassified School Survival Guide,’ which had its debut in 2004. The show ended in 2007 after three seasons.

Her role as Angela Weber in the ‘Twilight Saga series won her the “Young Supporting Actress” award for “Best Performance in a Feature Film category at the 30th Young Artist Awards. She reprised her role in Twilight’s sequels. In 2011, Serratos appeared in The Black Keys music videos for their song ‘Howlin’ for You.’

Serratos played the recurring character of Rosita Espinosa of AMC’s series ‘The Walking Dead.’ She reprised her role as “Rosita”  in the fifth season of the series. She has later added to the series main credits in the seventh season.

In 2010, Serratos was ranked as number 65 on Maxim “Hot 100” list. A few years later, she was featured in the issue of Playboy magazine in the “Becoming Attractions.”

How Does Christian Serratos Spend Her Money?

Christian Serratos made a name for herself in ‘The Twilight Saga’ movies. Serratos spends some of her money on giving back to the people and animals.

Serratos cares about animal rights and the environment. This has led her to spend some of her money on charity. She has been featured in an advertisement by People for the Ethical Treatment of Animals. She has supported the Animal Rescue foundation.

Here are some of the best highlights of Christian Serratos’ career:

“I’ve been designing my own pieces for a long time. My mother’s a jewelry designer, so we knew at some point we were going to do a line and dive into the fashion world.” – Christian Serratos

“My first on-screen kiss was lame: Nickelodeon. But my first real-life kiss was super cute and nice but still very awkward. It was with this hot skateboarder with dreadlocks. He was my little Rastaman.” – Christian Serratos

“I have a terrible, terrible fear of knives, and I only buy food that I don’t need to cut… I haven’t cut my food in years! Like, I won’t even touch a plastic knife or anything sharp. And if I’m in a kitchen and somebody picks up a knife, I leave.” – Christian Serratos

“I would want to be in a larger group. Personally, it would give me a sense of security, that we aren’t a force to be messed with. I’d stay in the center of the group and stay in shape! I’ve just got to be able to outrun the rest of them!” – Christian Serratos

Now that you know all about Christian Serratos’ net worth, and how she achieved success; let’s take a look at some of the lessons we can learn from her:

1. Think Before You Take Action

Think before you take action, before you act, listen and before you react, think. Before you spend money, earn. Before you quit, try.  We will never have all the answers before we act, but by taking action, we can discover some of them.

Keep the faith. The most incredible things in life tend to happen right at the moment you’re about to give up. Sometimes our hardest times often lead to the greatest moments in our life. Keep going.

Horrible situations can build strong people in the end. Get up when you get knocked down. All that matters is that you get up one more time than you were knocked down. Do not fear failure but rather fear not trying.

Not everyone is meant to be in your future, and that’s how it is. Some people are just passing through to teach you life lessons.

How much is Christian Serratos worth?

Christian Serratos’ net worth is estimated to be $2 Million.

How old is Christian Serratos?

Christian Serratos was born on September 21, 1990, and is currently 32 years old.

How tall is Christian Serratos?

Christian Serratos is an American actress who is best known for her roles in Walking Dead’ and ‘The Twilight Saga’ series.

What do you think about Christian Serratos’ net worth? Leave a comment below.