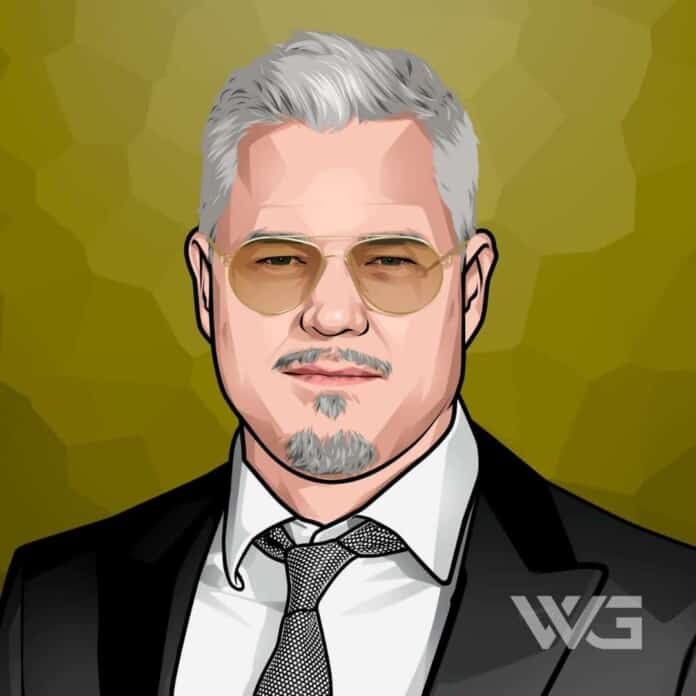 What is Eric Dane’s net worth?

Eric Dane is an American actor. Dane rose to fame for playing Dr. Mark Sloan on the medical drama series ‘Grey’s Anatomy. He has made appearances in films such as Marley & Me’, ‘Valentine’s Day,’ and ‘Burlesque’.

He played Captain Tom Chandler in the post-apocalyptic drama ‘The Last Ship’ and currently stars Cal Jacobs in the HBO series ‘Euphoria.’

Dane is the homemaker mother and an interior designer architect father. He is of German, English, Finnish and Russian ancestry. When he was 7 years old, his father died of a gunshot wound.

He has a younger brother, and they were raised in their mother’s Jewish faith, and Dane had a Bar Mitzvah ceremony. From 1987 to 1990, he attended Sequoia High School in Redwood City, California.

In 1993, Dane moved to Los Angeles, where he received small roles in ‘Saved by the Bell’. In 2000, he was signed for a recurring role in ‘Gideon’s Crossing’ and followed this with a two-season run as Jason Dean in ‘Charmed.’

In 2005, he guested as Dr. Mark Sloan in an episode of ‘Grey’s Anatomy’. Positive audience reaction to the character led to Dane’s becoming a regular in the show’s third season.

In 2006, Dane starred in the television film ‘Wedding Wars.’ Alongside Patrick Dempsey, they appeared in the same big-screen project, ‘Valentine’s Day. In 2012, he joined the main cats of the Michael Bay-produced TNT drama series ‘The Last Ship.’ He is also credited as a producer on the show.

He resigned from the show after the end of season 8 but appeared in the first two episodes of season 9. In 2021, Dane reappeared on the show for the first time in nine years.

How Does Eric Dane Spend His Money?

Eric Dane spends some of his money on real estate and charity work.

Dane owns a home in Los Angeles, California. It comes with three bedrooms and three bathrooms. It was purchased in 2000.

Dane has helped charities such as Artists for Peace and Justice, Baby2Baby, Chrysalis, CORE, GLAAD, Milk+Bookies, and The Art of Elysium.

Here are some of the best highlights of Eric Dane’s career:

“Some of the greatest actors on the planet are the most insecure people. Now I don’t know if that insecurity necessarily equates to a lack of confidence. Some people are just very shy individuals. You give them a character to play and a script, and you put them in front of a camera or on a stage, and they go.” – Eric Dane

“With a pilot, there’s a lot of information that gets packed into 46 minutes or whatever it is. Usually what happens is that, throughout the season, you get to spend a little more quality time with the characters and get to know them a bit better, whether it’s based on circumstance or relationships they’ve created with other characters.” – Eric Dane

“Television is a lot of fun. It’s faster-paced. The schedule is really desirable, I guess. But as far as films go, and I’ve only done a couple, film is like a definitive beginning, middle, and end. You know your character’s arch.” – Eric Dane

“There’s a very mathematical, mechanical side to architecture, and I probably lean more toward that aspect of it, though I’m terrible at numbers. But that side appeals to me more than the decorating aspect.” – Eric Dane

Now that you know all about Eric Dane’s net worth and how he achieved success; let’s take a look at some of the lessons we can learn from him:

Never ask a woman when she’s due unless you know for a fact she’s expecting.

Any free time we have, our family should come first.

How much is Eric Dane worth?

Eric Dane’s net worth is estimated to be $7 Million.

How old is Eric Dane?

How tall is Eric Dane?

Eric Dane is an American actor. Dane is best known for his work on ‘Grey’s Anatomy.’ He had guest-starring roles on shows ‘Charmed’, ‘Gideon’s Crossing,’ and ‘Roseanne.’

He has recently appeared in such films as “X-Men: The Last Stand,” “Valentine’s Day,” and “Burlesque.”

What do you think about Eric Dane’s net worth? Leave a comment below.