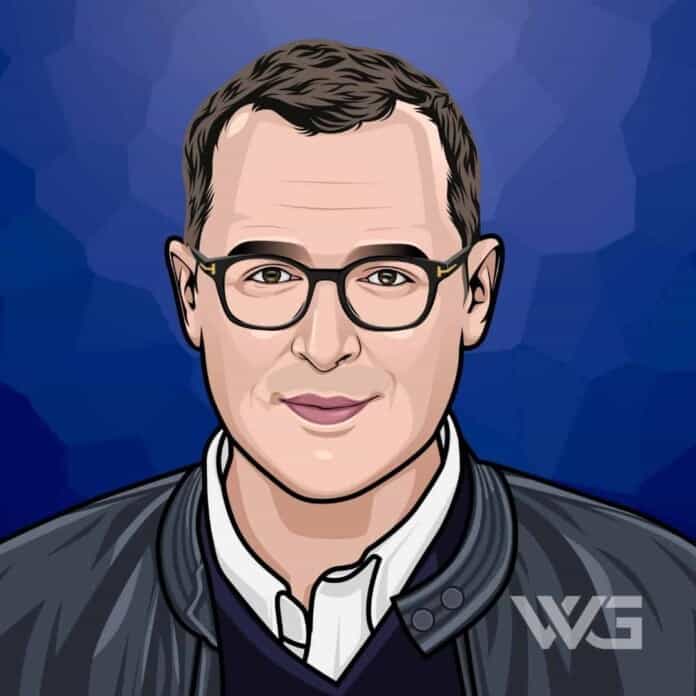 What is Verizon Guy’s net worth?

Verizon Guy is an American actor. Guy is currently the spokesperson for T-Mobile.

He is best known for being the ubiquitous “Test Man” character in commercials ‘Can you hear me now?’ for Verizon Wireless from 2002 to 2011. He has appeared in all of his Verizon commercials wearing a gray Verizon jacket.

Paul Marcarelli was born on the 24th of May, 1970, in North Haven, Connecticut. Marcarelli graduated from North Haven High School.

He received his bachelor’s degree in English from Fairfield University in 1992, having been a member of Theatre Fairfield, the resident production company.

In 1998, he was a founding member of New York’s Mobius Group Productions. Guy produced and performed in works by Eric Bogosian, Warren Leight, and Richard Nelson.

Mobius’s production of The Adding Machine, in which he played the lead role, garnered the award for excellence in overall production from the New York International Fringe Festival in 2001.

Guy was also a founding member of the Table Ten Films production company. He wrote the storyline for the 2011 film ‘The Green,’ for which he also wrote the screenplay. He wrote and produced the movie ‘Clutter’. The movie won “Best Film” at the Harlem International Film Festival.

In 2002, Verizon Guy appeared as the “Test Man” character in Verizon Wireless commercials, for which Entertainment Weekly named him one of the most intriguing people of 2002.

A few years later, he was informed that Verizon was moving in a new direction with its advertising campaign. He remained under contract but would no longer play “Test Man”.

He had already appeared in several commercials for companies including Old Navy, Merrill Lynch, Dasani, T-Mobile, and Heineken. Verizon Guy has performed in promotional films and as a voiceover artist for Comedy Central, United Airlines, and Aetna Insurance.

How Does Verizon Guy Spend His Money?

This famous star owns a beautiful home in Guilford, Connecticut.

Here are some of the best highlights of Verizon Guy’s career:

“I feel very grateful. I wasn’t raised with money. My parents were schoolteachers; I was raised on a small farm. It never dawned on me that I would have a job that someone would pay me to do. Much less a job like this. It would be ridiculous if I had any complaints about it.” – Verizon Guy

“And look – I’ve had the opportunity to learn an entirely new set of skills, and I’m bringing them to the work I’m doing now in filmmaking.” – Verizon Guy

“I’ve never been able to write for myself. I was doing a lot. I produced The Green, I wrote it – I didn’t see myself in the world of this film. I’m sure there are elements of dark corners of my psyche that found their way on screen; you didn’t need my mug up there. There was enough of my essence in the story as it plays out without me acting in it.” – Verizon Guy

“I share with a lot of people who have seen The Green film at gay film festivals when you are the only gay guy on the block. You feel this responsibility to be this ambassador. You spend a lot of time making sure that other people feel comfortable with you. The perception that we project on that community, that gets in the way of a clear line of communication.” – Verizon Guy

“Accusations against gay schoolteachers figure really prominently in liberal news headlines because they’re attention-grabbing and ratings-getting. They last a news cycle and go away, and then you never hear about them again.” – Verizon Guy

“Before my commercial career, I never played for more than an audience of 99 seats somewhere in downtown New York, but occasionally someone would recognize me in the subway and say, “Oh, I saw you in that play, you were really great in that,” or “the director was really something.” -Verizon Guy

Now that you know all about Verizon Guy’s net worth and how he achieved success; let’s take a look at some of the lessons we can learn from him:

Sometimes, you have to get knocked down lower than you have ever been to stand back up taller than you ever were.

The strongest people are not those who show strength in front of us but those who win battles we know nothing about.

You have within you, right now, everything you need to deal with whatever the world can throw at you.

How much is Verizon Guy worth?

Verizon Guy’s net worth is estimated to be $10 Million.

How old is Verizon Guy?

How tall is Verizon Guy?

Verizon Guy is an American actor and screenwriter. Guy first became famous after appearing in many commercials for Verizon Wireless.

He was born in North Haven, Connecticut, in 1970. Verizon Guy earned a bachelor’s degree in English from Fairfield University in 1992. At school he was a member of the Theater Fairfield.

What do you think about Verizon Guy’s net worth? Leave a comment below.