There is a shift in the “force.”

It has taken the form of a national discussion – in legislatures and around kitchen tables – about the value of a college education as we know it. Our traditional notions that to get ahead a kid needs to go to college is coming into serious question.

Given the cost of college, and the amount of debt a kid ends up with, is it really worth it? Can they earn just a much over a lifetime without that Bachelor’s degree?

What many are coming to realize is that perhaps a college degree, given its cost, is an inefficient and even stifling method of preparing kids for careers that may not even exist in 15 years.

Is there a better way?

Many would say so, and some are taking steps to create post-secondary programs that are laser-focused on skill development and problem-solving, not on Shakespeare and Freud. College students are frustrated with what they believe to be useless courses.

Some, who are passionate and ready to pursue their dreams, drop out. And many of these dropouts have become the entrepreneurs and business giants that we revere for their visions and their passions. Here are 9 successful entrepreneurs who didn’t graduate college.

Now known as Sir Richard Branson, this young man suffered from dyslexia at a time when there was little special support.

He dropped out of high school at age 16, and, from a church basement, published a magazine, The Student, along with a mail-order record business. Both businesses did well, and he even managed to get interviews with some pretty top musicians of the early 70’s.

From there, he opened a chain of record stores and ultimately formed the Virgin Group, a conglomerate of more than 400 companies. Today, Branson is worth almost $5 billion.

“A Multi-Billion Dollar Corporation Begins in a College Dorm Room”

He dropped out of Harvard, not even finishing his sophomore year, to move to California with his co-founder and promote the company.

Today, Facebook is the largest social media site worldwide, and Zuckerberg has an estimated worth of $36+ billion. His annual salary as the CEO of the company is $1.

“A Kid with Major Behavior Problems in School Becomes an Icon”

Steve Jobs always had difficulty in school, not because he lacked intelligence but because of his behaviors.

He was the son of a Syrian Ph.D. student and an American college professors, but was given up for adoption at birth and raised in California.

He was always rebellious and was a part of the counter-culture in California in the early 70’s. After attend Reed College for a short time, he dropped out and went to India to study Buddhism.

When he returned, he hooked up with an old buddy, Steve Wozniack, and together they founded Apple to sell a computer that Wozniack had developed. From there the company expanded, attracted lots of investors, and Jobs became the CEO.

Strife within the ranks caused jobs to be booted out in 1985, and Apple subsequently just about went bankrupt. Jobs was brought back in 1997 and the rest is history. We have Jobs to thank for the iMac OS, iTunes, iPod, iPhone, and iPad.

It remains to be seen if Apple can keep up its great run, now that Jobs has died.

“An Illegitimate Orphan Teaches Himself into Fame and Fortune”

He headed out to California and taught himself programming, finally landing a job with Ampex, where he developed a database for the CIA. Ultimately he left to form his own corporation based upon his database server which he called Oracle.

While the company had its ups and downs during the early years, Oracle has emerged as a leading database server for small and mid-sized companies. In 2010, Oracle bought Sun Microsystems.

Today, Ellison is the 3rd richest American with an estimated worth of $56.2 billion, just behind Gates and Buffett. In 2014 he resigned as CEO of Oracle and spends his retirement with his homes, an island in the pacific he purchased, and his “big boy” toys.

He has pledged to give ½ of his fortune away to charitable causes.

“A Health Nut Turns His Passion into a Huge Corporation”

Who knew that a commitment to healthy food could make someone a multi-millionaire?

John Mackey became interested in natural food while in college at the University of Texas and then at Trinity University. He and his girlfriend dropped out to found a company called “SaferWay” in the 70’s.

It later merged with another natural food store, and the four co-owners eventually changed the name to Whole Foods Market.

Today, Whole Foods is all over the U.S. and Canada, Mackey has retired, perfectly happy with his net worth of $100 million and states that he is no longer interested in accumulating money but, rather, in living a quality lifestyle.

He is a vegan and on the Boards of a number of animal rights organizations.

“Curiosity and the Need to Know = Big Success”

Dell is his name and “Dell computers is his game.”

Michael Dell was a child prodigy who was already investing in the stock market and precious metals as a teenager. He also bought an Apple II computer just to take it apart and teach himself about them.

While a pre-med student at the University of Texas, Dell developed and sold computer upgrade kits to fellow students. He even got state contracts for his upgrades, out-bidding many major companies.

He formed Dell Computers after he dropped out of college, and in 1992 was the youngest to ever be listed among Forbes Magazine’s top 500 companies. He was 27 years old at the time.

These soft little critters resulted in a net worth of $2.6 billion for company founder, Ty Warner.

Warner dropped out of Kalamazoo College in Michigan to pursue an acting career in California but he bombed. When he return to his hometown of Chicago he went to work as a toy salesman for Dakin, but was fired for selling his own homemade toys instead.

He founded Ty, Inc. in 1986 and introduced the Beanie Babies – an immediate success. As all crazes go, it was over by 1999, and, while Warner continues to produce soft plush toys, there are no longer any large profits.

Warner has dedicated much of his later years to charity, giving away large sums to charities focused on children. He has also diversified into the hotel and restaurant business.

Black and white cow patterns on every box. That was how Theodore Waitt honored the cattle ranch in Iowa on which he grew up and which was the launch site of Gateway Computers in 1985.

Waitt never finished his degree at the U. of Iowa, because his interest in computers trumped everything else. He was CEO of this company until 2005, and it was ultimately bought by Acer. He had a good long run and is still worth about $1.4 billion due to smart investments.

“Not a Household Name”

The name Ingvar Kamprad means nothing to most of us, but IKEA furniture certainly does. Ingvar Kamprad’s mail order furniture business was begun at his uncle’s kitchen table in Sweden in 1943.

As a child, Kamprad always had an entrepreneurial spirit, selling matches, fish, and ballpoint pens to the residents of his village. He never went to college and turned his small business into a global star. At the age of 89, in 2013, he turned the company over to his sons.

He is one of the world’s richest men, worth about $45.2 billion today.

Staying in college and getting a degree might have pointed these hugely successful people on a totally different career path. They would have become so wealthy and we all would have lost the benefits of what they have created.

What’s your opinion on entrepreneurs who didn’t graduate college? Leave a comment below. 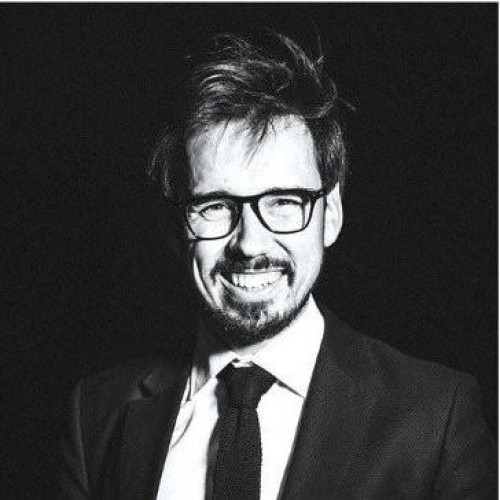 Jeremy Flores
Jeremy Flores is a perspective blogger who likes writing about successful people and their life stories. He has great potential and ambitions to develop and grow.