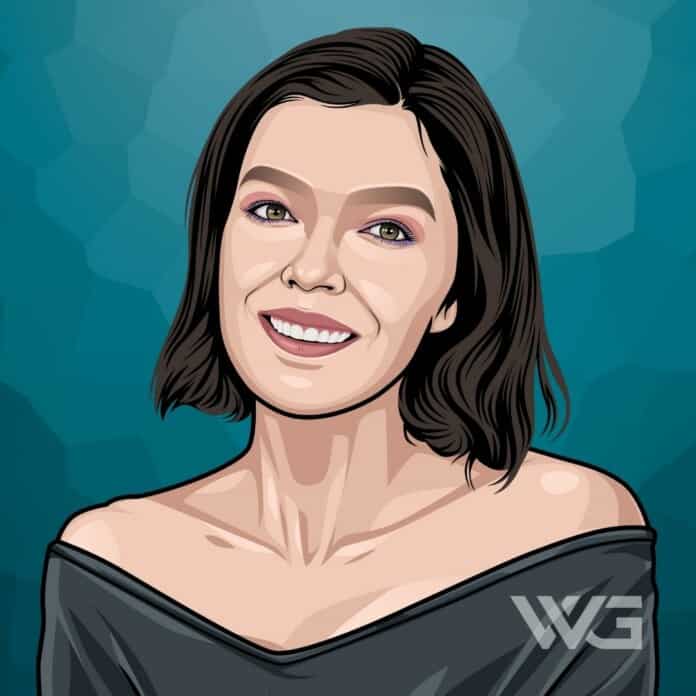 What is Adrianne Curry’s net worth?

Adrianne Curry is an American television celebrity and a model.

Adrianne Curry was born on the 6th of August, 1982, in Joliet, Illinois.

Curry is a producer and actress known for ‘My Fair Brady,’ ‘Chris & Adrianne Do Russia,’ and ‘Cosplaya’. She was previously married to Christopher Knight.

In late 2006, she modeled for a technological demo created by Nvidia to showcase their video cards. She is a spokesmodel for ‘The Flex Belt’ alongside Lisa Rinna and Denise Richards.

He was a co-host on the television game show Ballbreakers. In 2006, she appeared on Gameshow Marathon as a celebrity panelist on the Match Game episode.

Curry starred in ‘Rock Me Baby’ and ‘Half & Half’. She has also appeared on ‘Dirt’ starring Courteney Cox, with whom she shared scenes.

Between November and December 2010, she worked as the “Resident Celebrity Gamer” panelist judge on the second series of ‘The Tester,’ a reality program on the PlayStation Network. She has returned to the panel in the third series, which began in 2012.

How Does Adrianne Curry Spend Her Money?

Adrianne Curry spends some of her money on charity work.

Curry has helped out different charities throughout her career, such as National Breast Cancer Foundation.

Here are some of the best highlights of Adrianne Curry’s career:

“I always liked to think that I held my shit together quite well after winning Top Model. I fancied myself grounded and still “down to earth. Fame is a disease. You don’t have photographers chasing you and fans screaming and crying when they see you and come out normal.” – Adrianne Curry

“All the while fooling myself that I was the same person inside. The simple world I had once known was gone. The girl who had been picked to go on and eventually win America’s Next Top Model had been tainted by the filth that is the entertainment industry.” – Adrianne Curry

“I became obsessed with money. Making it to help myself and my family was all I cared about. I didn’t get the prizes or money I was promised and was angry as hell. Looking back, though the root of what drove me was admirable and noble, not all my actions followed suit. I did things I would never have done for cash.” – Adrianne Curry

“When I left, I knew I didn’t want a single thing from that place. It was tainted. I took my clothes, and that was it. I feel, since 2011, I have been battling to find myself again. Desperate to cleanse me of the filth I picked up in that narcissistic shit hole.” – Adrianne Curry

“I think I processed those words for the first time in my life. They are a script I have recited time and time again to fans and interviewers. I have never really studied what I said or self-reflected on it, and I finally did. I won a huge reality show before it was a “thing” to win huge reality shows. Have a weird place in pop culture.” – Adrianne Curry

“I hope you all enjoy it. Again, I am sorry for those who have been inspired to ask me for interviews recently (my guess is from seeing this), but I am not interested in my own sanity.” – Adrianne Curry

Now that you know all about Adrianne Curry’s net worth and how she achieved success; let’s take a look at some of the lessons we can learn from her:

Nothing lasts forever, but at least we got these memories.

Challenges are what make life interesting, and overcoming them is what makes life meaningful.

How much is Adrianne Curry worth?

Adrianne Curry’s net worth is estimated to be $500 Thousand.

How old is Adrianne Curry?

How tall is Adrianne Curry?

Adrianne Curry is an American model and television personality.

Curry was born in 1982 in Illinois. Curry is best known for her appearance on ‘My Fair Brady’. The show was renewed for s second season in 2006 and focused on Curry and Christopher Knight’s wedding preparations.

What do you think about Adrianne Curry’s net worth? Leave a comment below.