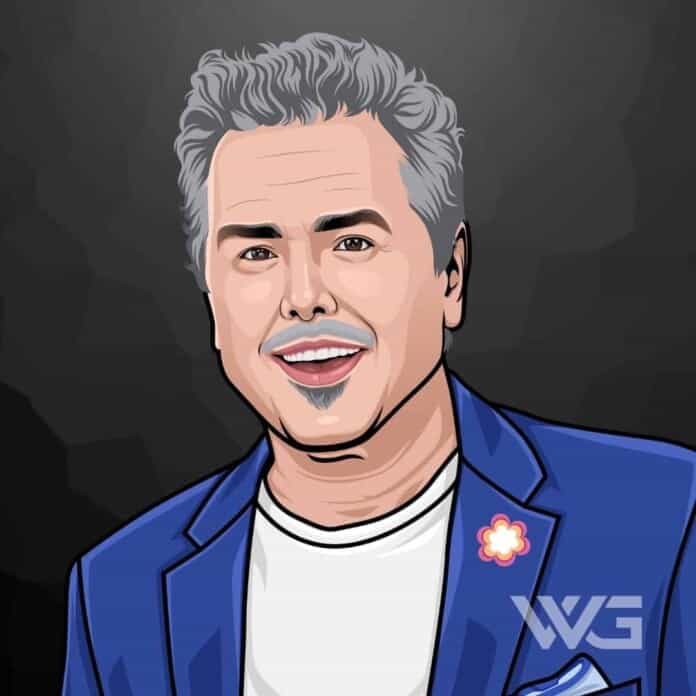 What is Christopher Knight’s net worth?

Christopher Knight is an American actor and businessman.

Knight is best known for playing Peter Brady on the 1970 series ‘The Brady Bunch.’ He has since then gone to become one of the most successful businessmen.

He enjoyed a semi-resurgence in the public eye with television appearances in the 2000s.

Christopher Anton Knight was born on the 7th of November, 1957, in New York.

Knight is the son of Wilma and Edward Knight. His father was born Edward Kozumplik to parents from the Austro-Hungarian Empire, while Knight’s mother was Jewish.

Knight had some small television roles, including an appearance on the first season of ‘Mannix.’

He was only three years old when his family moved to Los Angeles. By the time Knight turned 7 years old, he already appeared in commercials for leading companies such as Toyota, Tide, and Cheerios. He also landed roles in TV shows like Gunsmoke and Mannix.

In 1969, Knight landed the role that would become one of the most successful televisions of all time, ‘The Brady Bunch.’ He won the role thanks to his dark looks.

He won the part of the middle brother, Peter Brady. The show aired 117 episodes in the period from September 1969 through August 1974.

In 1988, more than a decade after ‘The Brady Bunch’ ended, he entered the computed industry with a job as a sales manager for a tech company. He landed the company’s first $1 million deal within his first year on the job. He was named company Vice President of Martel, Inc in 1989.

A few years later, Knight co-founded a company called Visual Software which would later develop pioneering 3d graphics programs. Knight founded Kidwise Learningware in 1995. In 1998, he founded his second company Eskape Labs which was acquired in 2000 by Hauppauge Computer Works.

How Does Christopher Knight Spend His Money?

Christopher Knight spends some of his money on real estate.

Here are some of the best highlights of Christopher Knight’s career:

“It’s nothing to be ashamed of and that there are even beneficial traits associated with the condition. Most importantly, acknowledge yourself for who you are and if you’re struggling with anything resembling ADD get professionally diagnosed.” – Christopher Knight

“One of the hardest aspects of this protracted public persona is not knowing others as well as they feel they know me. It’s a rather clumsy feeling actually; to not know someone who acts as though you’re old friends.” – Christopher Knight

“Television is much better crafted today than in the 70s. The content is less positive, but I’m one of those that feel our entertainment reflects our world, it’s not a driver – art imitates life.” – Christopher Knight

“The Brady Bunch is a live-action modern fairytale of family. In this context, it’s less odd that it’s lasted for over thirty years, and why it may last in some respects as long as Mother Goose!” – Christopher Knight

“It’s an honor to have been part of something so core to so many lives. The show has evolved beyond its original intent and form and has transcended… itself!” – Christopher Knight

“With no audience, no one to perform for, I was just there. There was no need to define me; I became irrelevant. The moon was the minute hand, the seasons the hour hand. I didn’t even have a name. I never felt lonely. To put it romantically: I was completely free.” “I suspect, more damage has been done to my sanity in jail, in months; than years, decades, in the woods.” – Christopher Knight

Now that you know all about Christopher Knight’s net worth and how he achieved success; let’s take a look at some of the lessons we can learn from him:

To some, it may be a thrill to be known. To Knight, it’s a thrill to start a friendship even up.

Television is much better crafted today than in the 70s. The content is less positive, but I’m one of those that feel our entertainment reflects our world.

It’s nothing to be ashamed of, and that there are even beneficial traits associated with the condition. Most importantly, acknowledge yourself for who you are and if you’re struggling with it.

How much is Christopher Knight worth?

Christopher Knight’s net worth is estimated to be $10 Million.

How old is Christopher Knight?

Christopher Knight was born on November 7, 1957, and is currently 65 years old.

How tall is Christopher Knight?

Christopher Knight is an American actor best known for his work as Peter Brady on the successful 70’s sitcom ‘The Brady Bunch.’

He took time away from television for several years and focused on business pursuits. In the early 2000’s he returned to television with appearances on various reality shows, including his own successful show, ‘My Fair Brady.’

What do you think about Christopher Knight’s net worth? Leave a comment below.