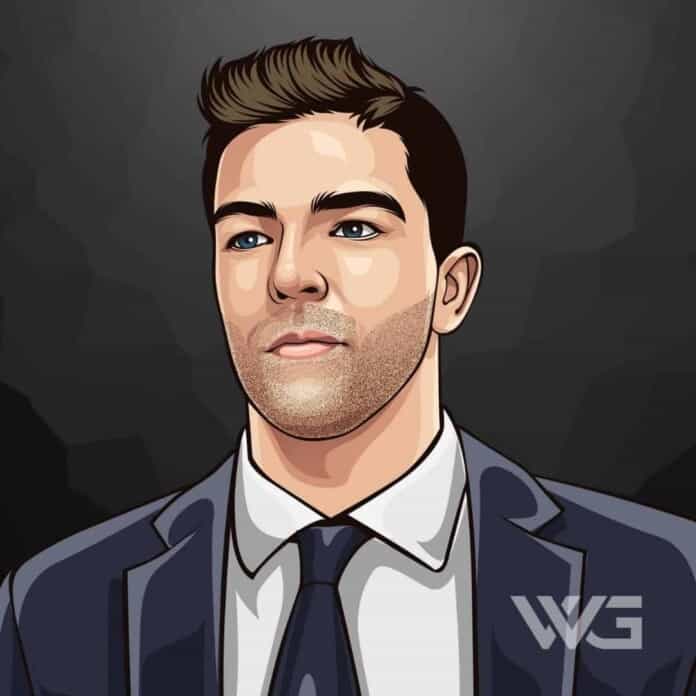 What is Billy McFarland’s net worth?

He defrauded investors of $27.4 million by marketing and selling tickets to the festival and other events. In 2013, McFarland founded Magnises, a company that marketed an invitation-only charge card, using $1.5 million of investor funding.

As of December 2022, Billy McFarland’s net worth is approximately -$26 Million.

William Z. “Billy” McFarland was born on the 11th of December, 1991, in Millburn, New Jersey. His parents are real estate developers.

When Billy was 13 years old, he founded an online outsourcing startup that matched clients with web designers. McFarland attended Bucknell University in Lewisburg where he studied computer engineering for less than 9 months.

Billy McFarland dropped out of college and founded the short-lived online ad platform Spling where he served as CEO. In 2013, he seeded payments company Magnises with $1.5 million of investor funding. McFarland also launched Fyre Media Inc, which was the parent company of the Fyre Festival.

He founded Fyre Media and publicized a luxury music festival in the Bahamas, called Fyre Festival, working alongside rapper Ja Rule. The festival was supposed to be held in 2017 and was advertised by a video that included a bevy of Instagram models such as Kendall Jenner, Bella Hadid, and Emily Ratajkowski.

However, the festival turned out to be a complete fiasco and was canceled after all the guests had begun to arrive on the Great Exuma Island.

McFarland borrowed as much as $7 million in an effort to fund the festival, taking one loan with an effective annualized rate of 120 percent. The lender sued, alleging McFarland defaulted on the loan.

In March 2018, McFarland pleaded guilty to two counts of wire fraud in Federal Court in Manhattan.

Here are some of the best highlights of Billy McFarland’s career:

“The Exumas didn’t have a really great infrastructure – there wasn’t a great way to get guests in here – we were a little bit ambitious. There wasn’t water or sewage.” – Billy McFarland

“I’ve always sought and dreamed to accomplish incredible things by pushing the envelope to deliver for a common good, but I made many wrongs and immature decisions along the way and I caused agony. As a result, I’ve lived every day in prison with pain, and I will continue to do so until I am able to make up for some of this harm through work and actions that society finds respectable.” – Billy McFarland

“I’d like to thank everyone who has supported me every step of the way. Your love keeps me focused. Your hope keeps me motivated. Earning your forgiveness will fuel the rest of my days.” – Billy McFarland

“I am incredibly sorry for my collective actions and will right the wrongs I have delivered to my family, friends, partners, associates and, you, the general public.” – Billy McFarland

3 Lessons from Billy McFarland About Fraud

Now that you know Bill McFarland’s net worth; Let’s take a look at some of the lessons we can learn from him about fraud:

Corruption, embezzlement, fraud, are all characteristics that exist everywhere. What successful economies do is keep it to a minimum. No one has ever eliminated any of that stuff.

2. Fraud is an Escape

If it is too good to be true….it is probably a fraud.

3. Worst of All Frauds

The first and worst of all frauds is to cheat one’s self.

How much is Billy McFarland worth?

Billy McFarland’s net worth is estimated to be -$26 Million.

How old is Billy McFarland?

How tall is Billy McFarland?

Billy McFarland is an American convicted fraudster and former entrepreneur who co-founded the ill-fated Fyre Festival. He defrauded investors of $27.4 million by marketing and selling tickets.

As of December 2022, Billy McFarland’s net worth is estimated to be roughly -$26 Million.

What do you think about Billy McFarland’s net worth? Leave a comment below.