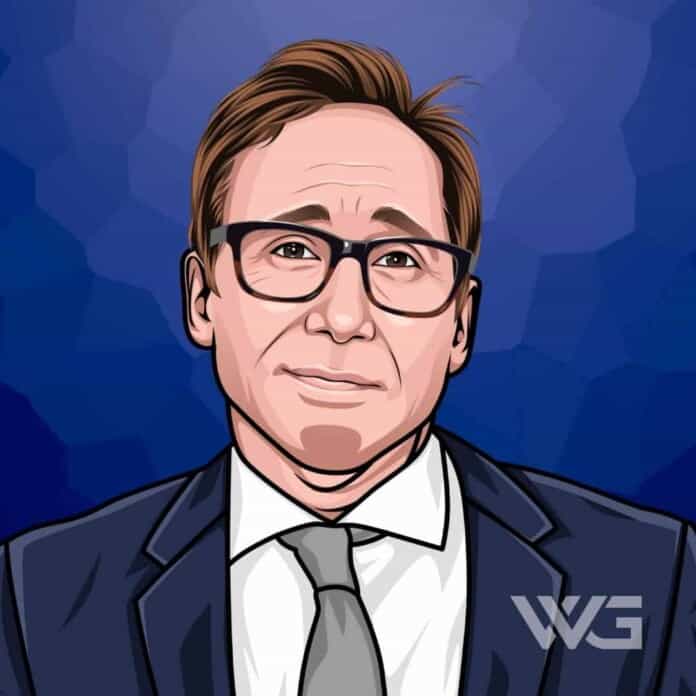 What is Mike Binder’s net worth?

Mike Binder is an American film director, actor, and producer.

Binder is best known for the TV series ‘The Mind of the Married Man’. He was born in Michigan, and he wrote and produced the film ‘Coupe de Ville’ in 1990. He also wrote and directed the movies ‘Crossing the Bridge’ in 1993 and ‘Indian Summer’ the following year.

Mike Binder was born on the 2nd of June, 1958, in Michigan. Binder grew up in the Detroit suburb of Birmingham. He attended Camp Tamakwa from 1966 to 1975. That location was also the filming location for his film ‘Indian Summer’ in 1993.

At the beginning of his career, he was a screenwriter and a comedian. In 1990, he had his debut theatrical premiere of his first screenplay ‘Cope de Ville,’ directed by Joe Roth and co-produced by Mike.

Binder’s directorial debut came in 1992 with his second screenplay, ‘Crossing the Bridge’. He gained further prominence with his episode on the HBO comedy series ‘The Mind of the Married Man’.

The same year, he produced the film ‘The Sex Monster,’ which also won “Best Film” at the 2001 Comedy Arts Festival in Aspen.

He wrote and directed three films during the mid-2000s. The first film, ‘The Upside of Anger,’ had its premiere in 2005. A few months later, ‘A Man About Town’ was seen at the Santa Barbara International Film Festival in 2006. The last movie ‘Reign Over Me’ was released the following year.

As an actor, he has appeared in Steven Spielberg’s ‘Minority Report’ alongside Tom Cruise, Joan Allen, and Rebecca Miller. Binder has directed most of the screenplays he has written. As a writer, Binder wrote screenplays for Spielberg, Julia Roberts, Robert Zemeckis, Jim Carrey, Adam Sandler, Tim Allen and Reese Witherspoon.

His first novel, ‘Keep Calm’ was published in 2016. He directed a stand-up for Bill Burr‘s most recent Netflix comedy special ‘Paper Tiger’. In 2020, his documentary series on The Comedy Store was released.

How Does Mike Binder Spend His Money?

Binder owns a home in Santa Monica, which he purchased for $1.75 million in 2008. The home comes with five bedrooms and three bathrooms.

Here are some of the best highlights of Mike Binder’s career:

“I saw it more, first, as a family story. My wife and I helped raise a biracial nephew of ours when her sister died. He was seven years old when his mother died, and his father wasn’t in his life. We were involved with his family down in South Central, and my wife’s family, all as this kind of a group raising him.” – Mike Binder

“I’ve always been a huge fan of his. He’s always been one of my top two or three favorite actors. I really think that what you say is true, he’s just getting comfortable in his skin. He’s a fascinating actor, and he doesn’t get a lot of credit for all that he does.” – Mike Binder

“First of all, we’re good friends. Second of all, we produced the movie together. And he’s the movie star, so of course, he would have a lot of input. It’s the most I’ve ever collaborated with anybody, and for me, it was a really good collaboration.” – Mike Binder

“When I came to that part in the movie, I wanted to really say what he felt about being called a racist. I really believe that we all see skin color—we’re not blind. But it’s about what’s our next thought, our next action.” – Mike Binder

“Well, I don’t know, that kind of speaks to itself. We didn’t shy away from it, that’s for sure, or it wouldn’t be in the movie. But we both felt, okay, this is how we want to tell the story, and it’s a horrible word, but he used it, you know, and he’ll have to pay the penalties for it. Or explain himself.” – Mike Binder

Now that you know all about Mike Binder’s net worth and how he achieved success; let’s take a look at some of the lessons we can learn from him:

Books are a little better movies than just screenplays because there’s more fat on the bone. There’s more character development. There’s more stuff to pick from.

Binder means that his whole career is his biggest failure financially but at the same time one of his favorite things that he has ever done. Take risks and be happy.

3. Pressure Can Be Good

Binder doesn’t work with a lot of pressure, but sometimes it’s good to have pressure to kind of get onto the next one.

How much is Mike Binder worth?

Mike Binder’s net worth is estimated to be $2 Million.

How old is Mike Binder?

How tall is Mike Binder?

Mike Binder is an American film director, producer, and actor known for the TV series ‘The Mind of the Married Man.’

Binder has directed and starred in many movies throughout the years. Some of the movies and series he has starred in include ‘Blankman,’ The Sex Monster,’ ‘The Contender, ‘The Mind of the Married Man,’ ‘Fourplay,’ ‘Minority Report,’ ‘The Upside of Anger’ and ‘Man About Town’.

What do you think about Mike Binder’s net worth? Leave a comment below.