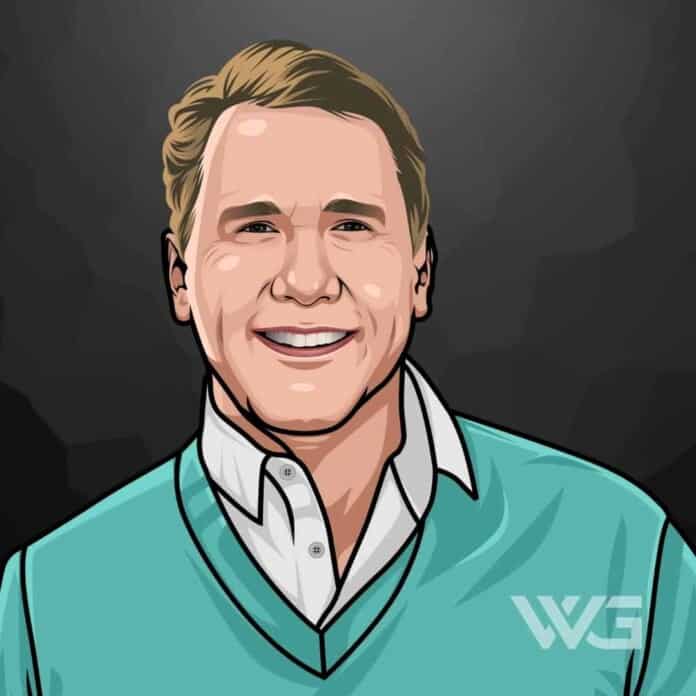 What is Nicholas Sparks’ net worth?

Nicholas Sparks is an American novelist and screenwriter.

Sparks has published many novels that have been New York Times bestsellers.

With over 115 million copies sold books, worldwide his novels have also been adapted to films. Some of these films include ‘The Choice,’ ‘The Longest Ride,’ ‘The Best of Me,’ ‘Safe Haven,’ ‘The Lucky One,’ ‘Message in a Bottle,’ ‘A Walk to Remember,’ ‘Nights in Rodanthe,’ Dear John,’ ‘The Last Song,’ and ‘The Notebook.’

Nicholas Charles Sparks was born on the 31st of December, 1965, in Omaha, Nebraska. Sparks is the son of Patrick Michael Sparks and Jill Emma Marie Sparks. He was the middle of three children with an older brother.

Sparks has said that his sister was the inspiration for the main character Jamie Sullivan in his novel ‘A Walk to Remember.’ He was raised in the Roman Catholic faith. He is of German, Czech, English, and Irish ancestry.

Sparks was the valedictorian of his high school class and attended the University of Notre Dame on a track and field scholarship. He graduated with honors in 1988.

In 1985, Sparks wrote his first novel. He worked in real estate as a waiter and began selling dental products over the phone. He co-wrote ‘Wokini: A Lakota Journey to Happiness and Self-Understanding’ in 1990.

Sparks began writing the novel ‘The Notebook’. In 1996, the book was published, and it made the New York Times best-seller list in its first week.

He then had eight of his books made into movies ‘Message in a Bottle,’ ‘A Walk to Remember,’ ‘The Notebook,’ ‘Nights in Rodanthe,’ ‘Dear John,’ ‘The Last Song,’ ‘The Lucky One,’ and ‘Safe Haven.’

In 2013, his novel ‘The Longest Ride’ was published. In 1989, he married Cathy Cote, and they have three sons and twin daughters together. The couple has donated nearly $10 million to start The Epiphany School of Global Studies.

How Does Nicholas Sparks Spend His Money?

Nicholas Sparks spends his money on charity and real estate.

Sparks contributes to various local and national charities and is a major contributor to the Creative Writing Program.

Here are some of the best highlights of Nicholas Sparks’ career:

“It happens to everyone as they grow up. You find out who you are and what you want, and then you realize that people you’ve known forever don’t see things the way you do. So you keep the wonderful memories, but find yourself moving on.” – Nicholas Sparks

“The saddest people I’ve ever met in life are the ones who don’t care deeply about anything at all. Passion and satisfaction go hand in hand, and without them, any happiness is only temporary, because there’s nothing to make it last.” – Nicholas Sparks

“A guy out there was meant to be the love of your life, your best friend, your soul mate, the one you can tell your dreams to. He’ll brush the hair out of your eyes. Send you flowers when you least expect it. He’ll stare at you during the movies, even though he paid $8 to see it. He’ll call to say goodnight or just cause he’s missing you.” – Nicholas Sparks

“Everyone is always going through tough things, the irony in it is that everyone thinks what they’re going through is just as hard as what you are. Life isn’t about surviving this, it’s about understanding this.” – Nicholas Sparks

“I have faith that God will show you the answer. But you have to understand that sometimes it takes a while to be able to recognize what God wants you to do. That’s how it often is. God’s voice is usually nothing more than a whisper, and you have to listen very carefully to hear it. But other times, in those rarest of moments, the answer is obvious and rings as loud as a church bell.” – Nicholas Sparks

Now that you know all about Nicholas Sparks’ net worth and how he achieved success; let’s take a look at some of the lessons we can learn from him:

Over time, quality work will lead to an audience for your work.

How much is Nicholas Sparks worth?

Nicholas Sparks’ net worth is estimated to be $40 Million.

How old is Nicholas Sparks?

How tall is Nicholas Sparks?

Nicholas Sparks is an American novelist, screenwriter, and producer.

Sparks was born in Nebraska, and he is considered one of the most talented novelists in the world. After his sister, Dana, passed away from a brain tumor, he was inspired to make the novel ‘A Walk to Remember’.

What do you think about Nicholas Sparks’ net worth? Leave a comment below.