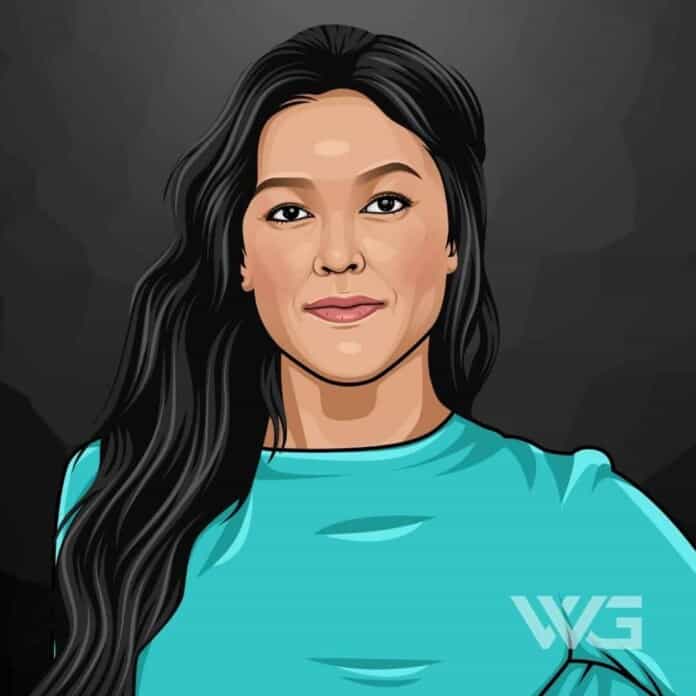 What is Amerie’s net worth?

Amerie is an American singer and songwriter. She was born in Massachusetts, and she gained an appreciation for the classical arts from her mother. Some of her most notable tracks include ‘ Why Don’t We Fall In Love,’ ‘I Just Died,’ ‘Gotta Work,’ ‘Why R U,’ and ‘Pretty Brown.’

Amerie Mi Marie Nicholson was born on the 12th of January, 1980, in Fitchburg, Massachusetts. Amerie is the daughter of a Korean mother and an African American father. She moved with her family to South Korea a few months after she was born. She lived there for three years.

Since her father was a chief warrant officer, they moved around a lot. She has described her parents as conservative, traditional Christians. She and her sister were forbidden to leave the house or use the phone on school days.

In 2001, Amerie recorded the chours for the track ‘Rule’, which was performed by Nas. The single reached the 67th spot on the Hot R&B/Hip-Hop Singles & Tracks chart in the United States .

In 2004, she rose to fame thanks to her first acting role in ‘First Daughter’ starring Katie Holmes. The same year, she started to work on her album ‘Touch.’

The success of ‘1 Thing’ and ‘Touch’ led to her being a nominee for many more awards. The album was nominated for two Grammy Awards in 2006.

Two years later, she announced that she had signed with the Island Def Jam Music Group, which allowed her to release her music under her own label. Columbia Records released the compilation album ‘Playlist: The Very Best of Amerie’ in 2009.

Here are some of the best highlights of Amerie’s career:

“Everything on the album was recorded from when I didn’t know I was pregnant to eight, nine months along. “Not a Love Song” and “The Wall” were around then. I was doing little sexy rolls on those tracks.” – Amerie

“I love my projects to be very sonically cohesive. As I was recording, I wasn’t trying to limit myself in any way. I was feeling very, very creative — I had just came off of writing a new story and I wanted to go full-out into the recording process.” – Amerie

“The funny thing to me, I’ve always felt like my music is dark — even when no one else thinks that. Like with “Why Don’t We Fall in Love,” I got on the video with the director and he’s like, “OK, I’m thinking summertime, you on a beach,” and I go, “OK, this is cool, but actually my initial thought was black, red and a highway.” – Amerie

“I always found it hard with the old model. Recording music, getting together with the label, putting together a marketing plan, then you shoot the videos. Everything’s so far in advance. I always felt that once I finished the recording process and it was done.” – Amerie

“There are some negatives, of course, but the speed at which everyone’s listening to things and digesting things, it allows a singer — especially if you’re independent — to get it off your chest and go to the next thing. You don’t feel like something’s slowing you down.” – Amerie

Now that you know all about Amerie’s net worth and how she achieved success; let’s take a look at some of the best lessons we can learn from her:

No relationship is perfect and no human being is perfect.

Forget what the world and society and your family want you to be. Do you know why? Because you are going to shape and remold that as you exist in your perfect form upon the ruinous remains of the earth.

How much is Amerie worth?

Amerie’s net worth is estimated to be $6 Million.

How old is Amerie?

How tall is Amerie?

Amerie is an American recording artist, recording producer, and actress. She was born in Washington D.C. Growing up, she lived in South Korea, Germany, Alaska, Texas, and Virginia. As a result, she learned to perform different styles in music, and she studied dance and started entering talent shows in the third grade.

What do you think about Amerie’s net worth? Leave a comment below.