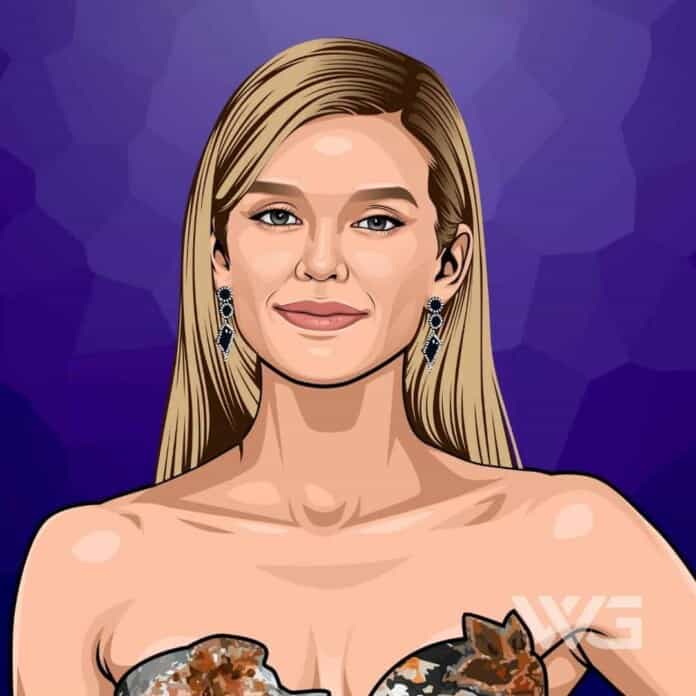 What is AnnaLynne McCord’s net worth?

AnnaLynne McCord is an American actress and model.

McCord is best known for playing vixen-type roles. She rose to fame as the Eden Lord on the television series ‘Nip/Tuck in 2007. The following year, she was cast in the series ‘90210’ portraying Naomi Clark.

McCord is the daughter of David McCord, a Christian pastor. She was raised in Buford and Monroe in Georgia. She grew up of modest means living in a trailer park.

McCord’s parents believed in strict discipline, and she was not allowed to watch movies such as Harry Potter. She has two sisters. McCord was home-schooled by mother Shari McCord and graduated at the age of 15.

After graduating, McCord joined the Wilhelmina Modeling Agency. She then started to show up in campaigner fort brands such as Estee Lauder, eBay, and Marc Ecko. She also began modeling for Seventeen, Maxim, Playboy, and Woman’s World.

At the age of 17, McCord attended a drama school in New York. The following year, she moved to L. A to audition for several roles. In 2005, she starred in ‘Natale a Miami’ and the horror film ‘Day of the Dead’ in 2007.

In 2008, she was cast in the series ‘90210’ as Naomi Clark. She was nominated for many awards for her work in the role. She won the Hollywood Life Young Hollywood Superstar of Tomorrow in 2009.

McCord was considered for the role of Heidi in ‘The Twilight Saga: New Moon.’ In 2011, she accepted the role in the play ‘Love, Loss and What I Wore’ alongside Conchata Ferrell, Minka Kelly, Anne Meara, and B. Smith.

How Does AnnaLynne McCord Spend Her Money?

Here are some of the best highlights of AnnaLynne McCord’s career:

“A good two years after Hurricane Katrina, I remember feeling so devastated and so ignorant that there was so much damage still left. I felt like here I was an American, and this is an American city, and the government hasn’t done enough, and people haven’t given back enough. Everyone forgot, and the city was lying in waste.” – AnnaLynne McCord

“Before I was going to be an actress, I was going to be a veterinarian! Thought I was one as a child. I was the kid who was like, ‘Daddy! I want a kitty! It needs a mommy!’ And my dad was such a sucker. Every time I would beg, with tears flying down my face, about how this animal needs love, needs a home.” – AnnaLynne McCord

“You can make or break an outfit by not knowing your body type – certain things work on certain people. Make sure you’re dressing for your leg-length, hip/chest size, etc.” – AnnaLynne McCord

“My last trip to New Orleans was for the fifth anniversary of Katrina, and I had the awesome opportunity to bring my family down. We all worked on a house together and met some of the families.” – AnnaLynne McCord

Now that you know all about AnnaLynne McCord’s net worth and how she achieved success; let’s take a look at some of the best lessons we can learn from her:

You can make or break an outfit by not knowing your body type – certain things work on certain people.

Life is about hard work, but you can’t stop when it gets too hard. You have to keep going.

It’s all about choices, and you have to make sure to make a smart one.

How much is AnnaLynne McCord worth?

AnnaLynne McCord’s net worth is estimated to be $4 Million.

How old is AnnaLynne McCord?

How tall is AnnaLynne McCord?

AnnaLynne McCord is an American actress.

McCord has earned her amazing net worth through her acting roles in films, music videos, and television. She has made many appearances on tv sitcoms and series. Some of her most notable appearances on shows include ‘The O.C.,’ ‘Ugly Betty,’ and ‘CSI: Miami.’

What do you think about AnnaLynne McCord’s net worth? Leave a comment below.