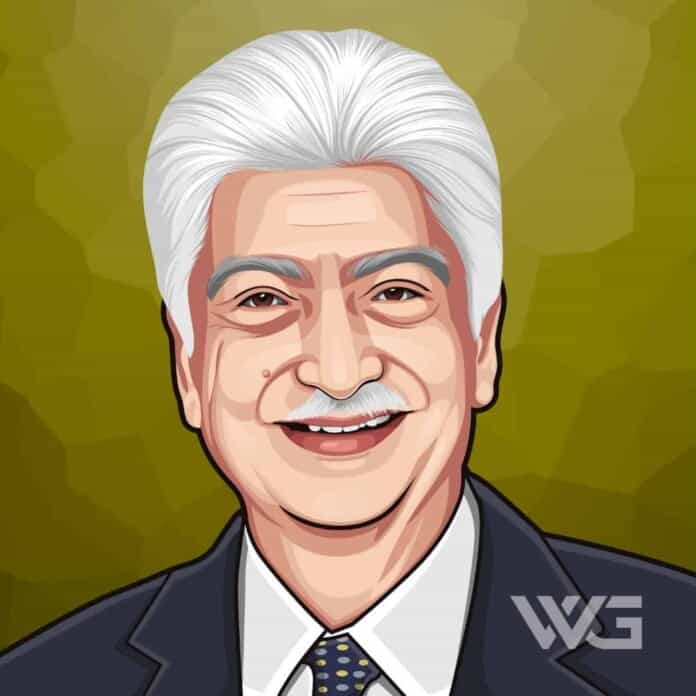 What is Azim Premji’s net worth?

Azim Premji is an Indian business tycoon, investor, engineer, and philanthropist, the chairman of Wipro Limited. Premji is informally known as the Czar of the Indian IT Industry.

Premji is a Gujarati Muslim, and his family is originally from Kutch. His father, Mohamed Hashem Premji, was a famous businessman in his time and was also referred to as the ‘Rice King of Burma.’

Azim Premji obtained a Bachelor of Science in Electrical Engineering from Stanford University. This is almost equal in importance to a graduate degree in engineering in India.

Premji’s career began in 1966 when he had to cut short his education at Stanford University upon receiving the news of his father’s demise and returning home to take charge of his father’s company, which had been started in 1945.

At that time, Wipro was working out of a small town in Maharashtra named Amalner and dealt in Sunflower Vanaspati, a cooking oil brand, and 787, a laundry soap byproduct of cooking oil production.

Premji managed to diversify its offerings by starting the production of bakery fat, various kinds of lights and related products, toiletries made from locally available ingredients, hydraulic cylinders, hair care soaps, and toiletries for babies.

He changed his company’s name to Wipro and started to make microcomputers to gain entry into the sector for high technology products.

In this project, he collaborated with Sentinel Computer Corporation, an American organization. Very soon, he made a complete shift from fast-moving consumer goods to the technology industry.

Here are some of the best highlights of Azim Premji’s career:

“With the attention I got on my wealth, I thought I would have become a source of resentment, but it is just the other way around – it just generates that much more ambition in many people.” – Azim Premji

“If the United States wants access to Chinese, Indian, or Vietnamese markets, we must get access to theirs. U.S. protectionism is very subtle, but it is very much there.” – Azim Premji

“I think that any wealth creates a sense of trusteeship… it is characteristic of the new generation which has created wealth to have some amount of responsibility for it.” – Azim Premji

“Character is one factor that will guide all our actions and decisions. We invested in uncompromising integrity that helped us take difficult stands in some of the most difficult business situations.” – Azim Premji

Now that you know all about Azim Premji’s net worth and how he achieved success; let’s take a look at some of the lessons we can learn from him:

The 69-year-old philanthropist believes change is inevitable. And so he advises everyone to develop their early warning system, which sets the alarm and prepares one for the changes ahead.

3. Stick To Your Values

He believes that one’s value system forms the core of the business. Premji has time and again emphasized the need to stick to values because he firmly believes that business success eventually but inevitably follows.

Once you stand by what you believe and don’t compromise with it under any circumstances, he has said that he becomes resilient to stand up to the crisis, a quality much adored in entrepreneurs!

How much is Azim Premji worth?

Azim Premji’s net worth is estimated to be $4.5 Billion.

How old is Azim Premji?

How tall is Azim Premji?

Azim Premji is an Indian business tycoon who is the chairman of Wipro Limited, a multinational IT consulting and system integration services company. At various times in his life, Premji was one of the wealthiest Indians on the planet and one of the world’s top richest people.

What do you think about Azim Premji’s net worth? Leave a comment below.