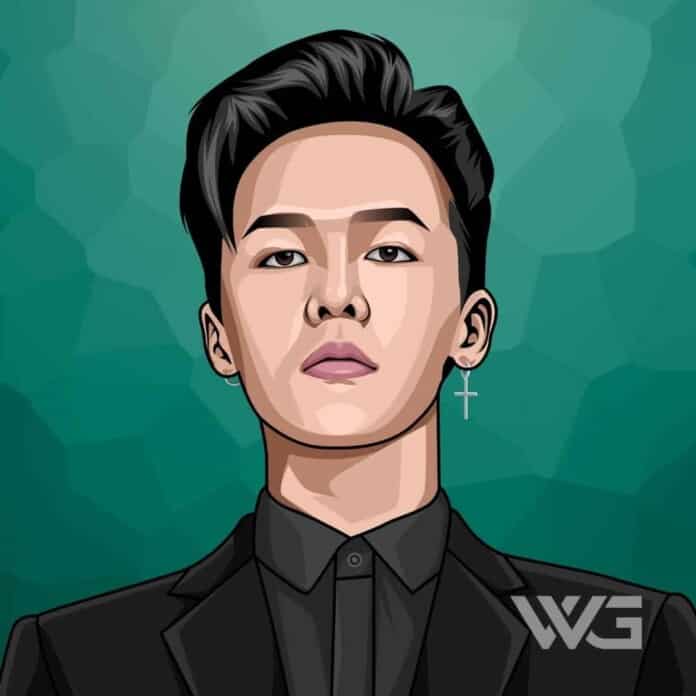 What is G-Dragon’s net worth?

G-Dragon is a South Korean singer-songwriter, rapper, record producer, entrepreneur, and fashion icon, often dubbed as the king of K-Pop.

He debuted as a singer in 2006 as the leader of the hip hop boy band Big Bang, which went on to become one of the best-selling boy bands in the world.

Kwon Ji Yong was born on the 18th of August, 1988 in Seoul, South Korea. Yong is very close to his parents and his father Kwon Young Hwan states in interviews that he is very proud of his son. G-Dragon got a nickname ‘Mom’s Best Son’ from mothers who wanted to have a son like him.

His sister owns a fashion boutique Rare Market and he sometimes does modelling for her designs.

G-Dragon released his debut solo album ‘Heartbreaker’ in August 2009 which became a massive hit with sales of over 275 thousand copies.

In 2010, G-Dragon in collaboration with T.O.P released another album ‘GD & TOP’ which had chart topping singles ‘Oh Yeah’, ‘High High’ and ‘Knock Out’ that reached top three positions on the Gaon album chart.

He dropped an EP ‘One of a Kind’ in 2012 which secured the first position on Billboard World Albums chart. The single by the album’s name won two ‘Best HipHop/ Rap Song of the Year’ awards from Korean Music and Rhythmer Awards.

His song ‘Good Boy’ in collaboration with Taeyang released in 2014 reached the first position on Billboard’s ‘World Digital Songs’ charts and the single ‘Dirty Vibe’ of the album Recess working with Skrillex and Diplo featuring CL reached 19th position on the Billboard’s Hot Dance/Electronic Songs.

In 2017, he released a solo EP titled ‘Kwon Ji Young’ on a USB flash drive and not on compact disc. The album topped the Billboard’s World Albums charts and Japan’s Oricon Digital charts.

Here are some of the best highlights of G-Dragon’s career:

“Like anybody, I like clothes, and I enjoy what I like to wear. We might have a difference in personal outfit choices. Some might not like it. But to judge someone because of their appearance is pretty foolish. If you have time to do that, I suggest you look at yourself in the mirror and spend more time developing yourself. Come on, it’s 2013.” – G-Dragon

“I’m very proud of Seungri. I worked over a year for my album, but one-day YG told Seungri to make an album and he made one in just 2 weeks. Ah, maybe 3 weeks. He’s a true genius. I’m jealous of his propulsion.” – G-Dragon

“I have this disease-like need to try to create something new. When you’re kind of being chased, and everything you do goes so well, you develop this sickness and a sense of need to constantly do something different.” – G-Dragon

“If I meet my ideal woman, I want to get married straight away. And start making a world of just the two of us.” – G-Dragon

“I have good pronunciation no matter what language I speak. Maybe it’s because my specialties are rapping and imitating others” – G-Dragon

Now that you know all about G-Dragon’s net worth, and how he achieved success; let’s take a look at some of the best lessons we can learn from him:

No one can make you feel anything you don’t want to. Be your own boss, and do whatever you want to do.

The word “Family” rarely ends up meaning blood-related, and usually ends up becoming who we allow them to be. You decide your own family, it can be friends also.

How much is G-Dragon worth?

G-Dragon’s net worth is estimated to be $30 Million.

How old is G-Dragon?

How tall is G-Dragon?

G-Dragon rose to fame as one of the artists of the Big Band group formed by the YG Entertainment in 2006 with other members like T.O.P, Taeyang, Daesung, and Seungri. G-Dragon is also a popular fashion icon admired for his artistic ability and stylized persona.

What do you think about G-Dragon’s net worth? Leave a comment below.

Michael Mann is a director, producer, and screenwriter who has earned millions as one of the best filmmakers in Hollywood history.