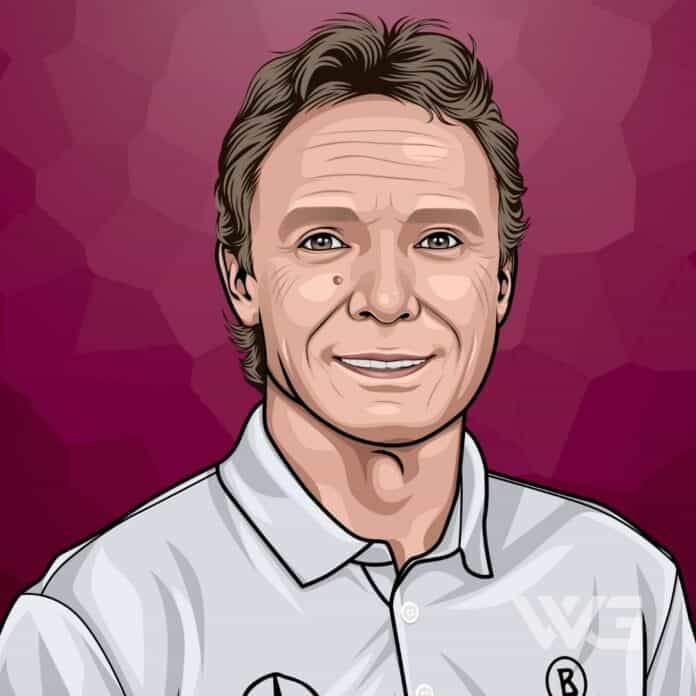 What is Bernhard Langer’s net worth?

Bernhard Langer is a multiple Masters champion and is considered by many to be one of the best professional golfers in the world.

He has the distinction of winning the title of “World Number One” for the first time ever in 1986, after the Official World Golf Ranking System was implemented.

He can also boast of having triumphed in professional golf competitions across six different continents – one of only five golfers in the world who can make this claim.

As of January 2023, Bernhard Langer’s net worth is estimated to be $25 Million.

Bernhard Langer was born August 27, 1957, in the Bavarian village of Anhausen, which is now a part of Diedorf municipality, close to Augsburg.

The early years of Langer’s life were plagued by several terrible diseases and, before the age of five, Langer’s life was twice deemed to be in danger.

At the age of eight, when his brother began working as a caddie, Bernhard was introduced to golf and started too – quickly developing a love for the game.

Langer became a professional in 1972, and since then, he’s won many competitions in both Europe and the US, including The Masters in 1985 and 1993.

In 1972, Langer made his professional debut at the age of 15, winning his first professional match just two years later – the 1974 German National Open Championship.

Langer first competed on the European Tour in 1976, but an 18-month tour in the German Air Force interrupted his Euro Tour career, but he won the German National again in 1977 and 1979, eventually winning it 13 times over the years.

The 1980 Dunlop Masters was where he achieved his maiden tour victory, becoming one of the strongest players in Europe and the best player in the world.

He won 42 European Tour events and two Green Jackets as the Masters champion and twice led the European Tour money list in the first half of the 1980s.

Langer was named Player of the Year from 2008 to 2010 and once more in 2014, with Langer winning five tournaments in 2010, including the British and American Senior Opens.

He joins David Leadbetter, Vijay Singh, Bubba Watson, and Phil Mickelson as some of the most successful and well-liked players on the professional circuit.

After winning the Senior British Open with a record 13 shots in 2014, he added a third senior major to his resume.

As Langer drew closer to his late 50s, he won so many senior victories and majors that he is listed alongside the Top 10 players in Champions Tour History.

At the time of his 2017 Regions Tradition triumph, Langer, at 59 years old, was tied with Jack Nicklaus for the most senior major victories ever, with eight.

Bernhard won again at the Senior PGA Championship, the very next major, to take sole ownership of the record.

Langer also made history at the 2017 Senior British Open by becoming the first golfer to win ten or more senior majors.

Bernhard has been playing on the PGA Tour since 1978, winning numerous tournaments, and has won almost $50 million in career earnings.

Bernhard Langer is a two-time Masters champion and has been named the PGA Tour’s Player of the Year twice.

He is considered one of the most successful golfers of all time and continues to compete on the PGA Tour at the age of 63.

Bernhard Langer’s net worth is estimated to be around $25 million after winning almost $50 million during the course of his career.

He continues to compete on the PGA Tour and earns a significant amount of money from tournament winnings and endorsements.

Here’s a breakdown of Bernhard Langer’s annual net worth:

In addition to his earnings from tournament winnings and endorsements, Langer also receives a significant amount of money from his other business ventures and investments.

His net worth and annual income are likely to continue to grow as he continues to compete on the Champion’s Tour.

Langer has been married to his American wife Vikki Carol since 1984 and they have four children; Jackie, Stefan, Christina, and Jason.

They continue to live in Boca Raton, Florida, and commute between the USA and their other home in Anhausen, the city Langer was born in.

Langer is a well-known devoted Christian and although he was raised as a Roman Catholic, he experienced a profound change in his spiritual life in 1985.

He realized that Christianity was not about religion but rather a connection with God and, according to him, the most crucial aspects of his life are his relationships with God, his family, and other Christians.

Langer has struggled with the yips, a severe propensity to flinch or quiver during putting, and has tried many putter grip modifications to solve the issue.

When Langer had a chance to tie the Ryder Cup and give the European team the championship in 1991, he missed a five-foot putt due to this stress response.

Here are some of the finest moments from Bernhard Langer’s career:

He has also been a dominant force on the European Tour, winning the Order of Merit (now known as the Race to Dubai) a record five times.

He continues to compete on the PGA Tour and is considered one of the all-time greats of the game alongside Tiger Woods, Nick Faldo, Ernie Els, and Gary Player, one of the best players ever.

How Does Bernhard Langer Spend His Money?

Bernhard Langer is one of the richest golfers in the world and has enjoyed extraordinary success during his career.

While it is not publicly known exactly how Langer spends his money, he maintains a comfortable lifestyle for himself and his family with two family homes.

Langer is known to be a philanthropist and has been involved with various charitable organizations donating to causes such as disaster relief and medical research.

He has owned some of the most expensive cars in the world with his current car being a Mercedes Benz G 550 Art Car.

Langer has won over 100 professional golf tournaments worldwide, including two Masters championships and the European Tour’s Order of Merit.

He’s been inducted into the World Golf Hall of Fame and continues to compete on the Champions Tour and is considered one of the all-time greats of the game.

Here are some of the best highlights of Bernhard Langer’s career:

In addition to his success on the PGA Tour and the European Tour, Langer has also had a successful career in senior golf.

He’s won numerous tournaments on the Champions Tour using the most expensive goofballs in the world, including two Senior PGA Championships and two U.S. Senior Opens.

Although putting is the aspect of his game that has given Langer the most grief, he currently leads the Champions Tour in average putting.

Here are our favorite quotes from Bernhard Langer:

Langer always considers the fans when he wins, in addition to feeling a huge sense of satisfaction, he gets a kick out of knowing that they are there, enjoying the performance.

Once you’ve set big goals, work hard to achieve them, as success only comes from working hard to develop one’s skills to compete at the highest level.

Keeping going and never giving up is what helped Langer face many challenges and setbacks throughout his career.

His laser focus and perseverance are what helped him to continue working hard to overcome obstacles and win through in the end.

Bernard is humble and gracious, both in victory and defeat, knowing that you can never be sure what is around the corner.

His reputation both on the course and off is one of respect and admiration for the way he conducts himself and how he treats those around him.

Langer has positioned himself as the most successful golfer in PGA Tour Champions history after turning 50.

He is one of just two players who have completed the career Senior Grand Slam, which requires winning each of the five major events at least once.

Bernhard has the second-highest number of PGA Tour Champions career victories and will go down in golfing history as one of the best in the sport.

As of January 2023, Bernhard Langer’s net worth is estimated to be $25 Million.

What do you think about Bernhard Langer’s net worth? Leave a comment below.