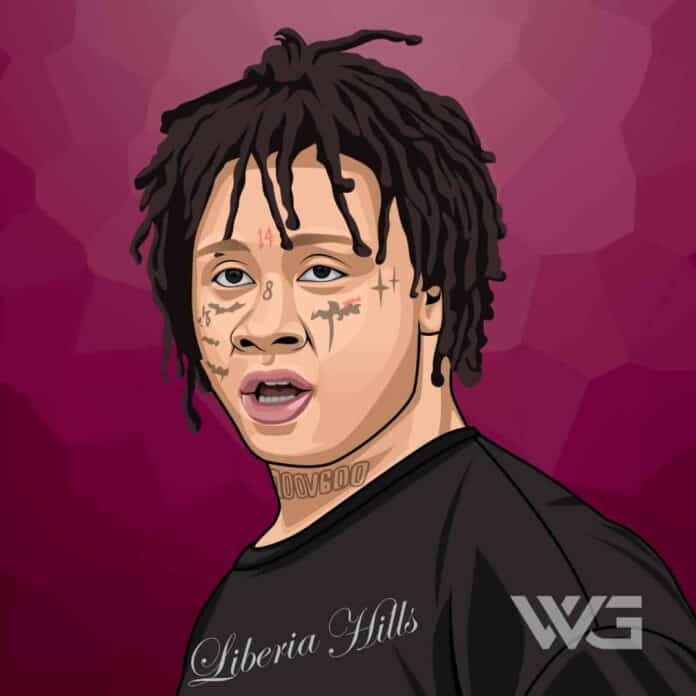 What is Trippie Redd’s net worth?

As of December 2022, Trippie Redd’s net worth is roughly $5 Million.

Trippie Redd is an American rapper, singer, and songwriter from Ohio. Redd is best known for his songs ‘Love Scars, Poles1469′, and Dark Knight Dummo’.

Michael Lamar White IV was born on the 18th of June, 1999, in Canton, Ohio. His father was sent to prison just before Michael’s birth. The burden of bringing him up fell on his mother, who then raised him as a single mother.

His mother worked hard to make ends meet, but this was not enough to keep him away from the streets, which were riddled with criminal elements. He got involved in petty crimes and drug peddling at an early age.

Prior to meeting Lil Wop, Trippie had not even been inside a professional recording studio. Wop introduced him to the world of rap and music production. Both of them, along with another rapper named Kodie Shane, started working together. Soon, they came up with some good work.

Some of the initial albums that Trippie worked on were ‘Awakening my Inner Beast,’ ‘Beast Most,’ and ‘Rock the World Trippie.’ After the success of these projects, Trippie started receiving much better offers and ended up in Los Angeles.

Trippie started working on his debut mixtape, ‘A Love Letter to You,’ which was released on May 2017.

As he progressed with his music, more established artists started approaching him for collaborations. In December 2017, the song ‘Dark Knight Dummo,’ which was the result of a collaborative effort between Trippie and Travis Scott, released.

In 2018, he officially confirmed that he was working on his debut studio album and shocked everybody by claiming that Lil Wayne would feature as a guest on it.

As of December 2022, Trippie Redd’s net worth is roughly $5 Million.

Here are some of the best highlights of Trippie Redd’s career:

“I made this song so y’all can vibe to it and realize it yourself. If she doesn’t want you, she doesn’t want you. Period. If she fucking with other n***as, it ain’t no point in even f***ing with that situation. Unless you don’t give a f***. Unless she’s just one of the hoes. But don’t fall in love with no hoes.” – Trippie Redd

“We were in Columbus, Ohio. It was me, Elliott Trent and my friend Hector Finessin’. They played this f***ing sample from Super Metroid and that s**t was fire. So, they put the beat behind it.” – Trippie Redd

“I was in Lil Wayne’s studio, and I had recorded over this Detail-beat. And it was the “F**k Love” of course. And then I had posted on Instagram snippet the night after, or the day after the matter of fact.” – Trippie Redd

“Yeah me and Post Malone, we got music coming soon, that’s my bro-zay.” – Trippie Redd

Now that you know all about Trippie Redd’s net worth, and how he achieved success; let’s take a look at some of the lessons we can learn from him:

Fear is built into our DNA. These “modern fears” shouldn’t be treated as STOP signs — they’re not lions, they’re just situations. Instead, they should be treated as CAUTION signs — approach them strategically, like a cat who scans a couch prior to leaping on top of it.

Love yourself like your life depends upon it… Because it does.

If you can ACCEPT yourself and LOVE yourself, then you can BE yourself.

How much is Trippie Redd worth?

Trippie Redd’s net worth is estimated to be $5 Million.

How old is Trippie Redd?

How tall is Trippie Redd?

He started taking music seriously in 2014 and recorded two songs at the age of 15. In 2018, he released his debut album, ‘Life’s a Trip.’  It debuted at number four on the ‘Billboard 200’ chart and sold 72 thousand copies in the first week itself.

As of December 2022, Trippie Redd’s net worth is estimated to be $5 Million.

What do you think about Trippie Redd’s net worth? Leave a comment below.

What is Zion Williamson's net worth? Introduction  As of ,...