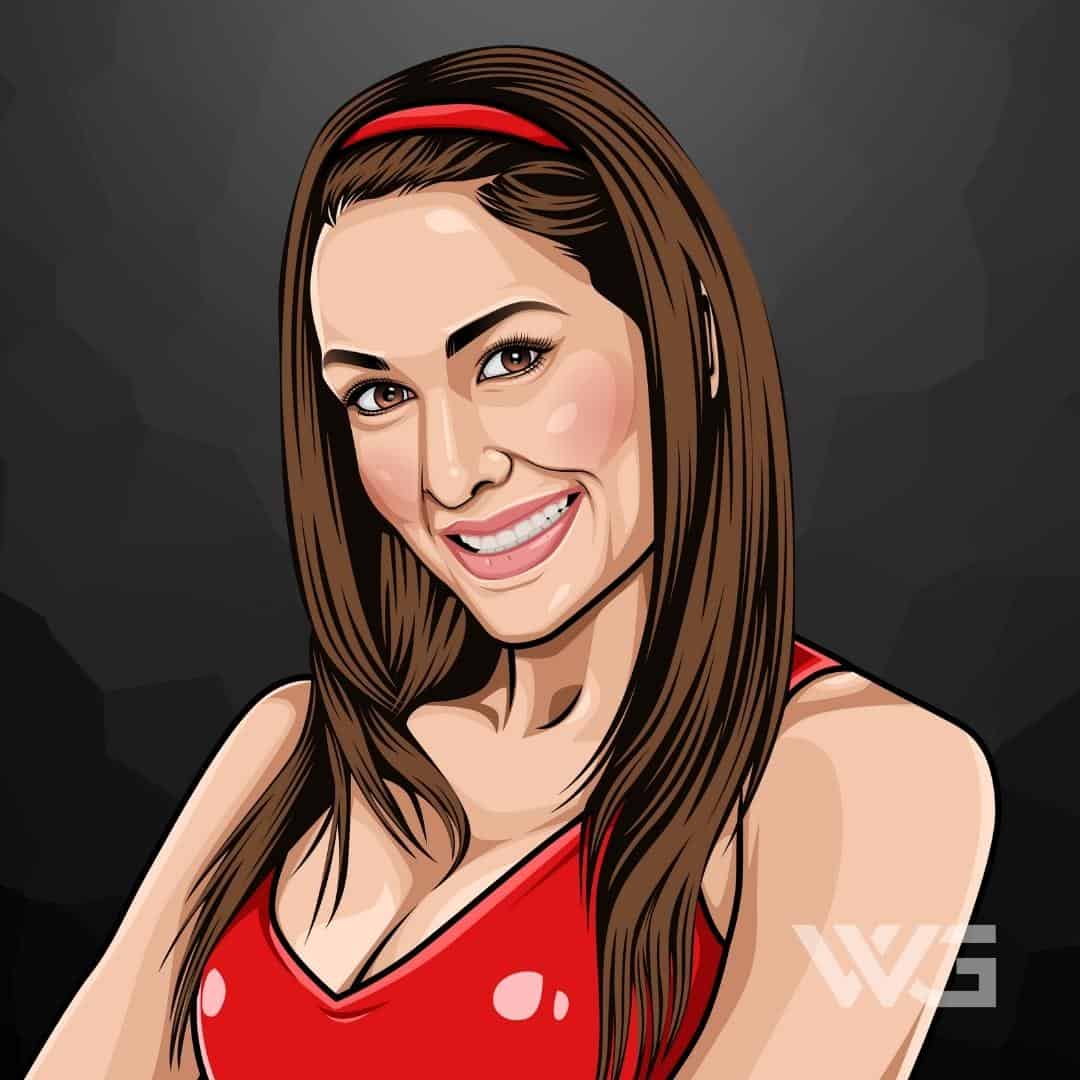 What is Brie Bella’s net worth?

Brie Bella is an American professional wrestler who has frequently appeared in wrestling tournaments and championships alongside her sister, Nikki Bella.

Also known for her marriage to fellow wrestling star Daniel Bryan, Bella has appeared in many WWE movies and launched numerous business ventures.

Growing up in Scottsdale, Arizona, Brie was a star athlete at school and initially interested in soccer, before working on a career as a model and actress.

After graduating from Chaparral High School in 2002, Brie relocated to Los Angeles and found work as a server at the Mondrian Hotel.

Brie Bella got her first break in entertainment appearing on the reality TV show, Meet My Folks, gaining widespread attention along with her sister after winning the Budweiser World Cup Twins.

Their rising stardom saw Brie and her sister gain many fans while working with some of the richest wrestlers in the world after they joined the WWE development league.

For example, in 2009 a storyline included Brie in a rivalry between John Morrison and The Miz, along with Carlito and Primo.

The Bella Twins found further success after returning to the WWE in 2013, with Brie becoming involved with Daniel Bryan, her future husband, the following year.

Her professional wrestling career has also seen Brie and Nikki team up with Ronda Rousey, defeating the Riott Squad in 2018.

While the exact figures aren’t known about Brie Bella’s career earnings, her ongoing relationship with the WWE combined with income from other activities ensures a consistent salary.

Salary estimates for Brie Bella start at $350,000 per year, but her brand endorsements and other deals could mean this is as high as $1 million.

Through the official Brie Bella Instagram account, she continues to increase her fan base around the world, with over 8.5 million followers and counting.

Brie Bella’s net worth has continued to increase throughout her career, in line with her growing popularity and brand value with the WWE.

In the last decade, she has diversified her media presence, including featuring in movies and television shows, as well as launching her podcast.

With a memoir and other business ventures highlighted on her official Brie Bella TikTok account, Brie Bella’s net worth is unlikely to drop any time soon.

Both known for being vegetarians, they have two children together, with Brie announcing her second child on the same day her twin sister also made public her pregnancy.

She is also a huge fan of one of the richest NFL teams in the world, supporting the Philadelphia Eagles along with her sister.

With her career both in the independent circuit and with the WWE, Brie Bella has enjoyed lots of success in the ring.

Here are some highlights from Brie Bella’s career:

How Does Brie Bella Spend Her Money?

While Brie Bella has some way to go before she’s earning as much as the richest athletes in the world, her net worth is still enough to afford her a life of luxury.

When her net worth is combined with that of her husband, they can afford a luxury house with features found in the most expensive houses in the world, including multiple bathrooms and a private swimming pool.

At the same time, Brie Bella eschews the expensive sportscars preferred by some celebrities and is known for driving a Honda Fit.

Brie Bella’s impressive career in professional wrestling has seen her fame increase over time, becoming one of the most iconic divas in the sport.

Here are some of the best highlights of Brie Bella’s career:

With her commitment to performing at the top of her game and refining her fitness regime, Brie Bella has lots to say about her profession.

Here are our favorite quotes from Brie Bella:

Now that you know all about Brie Bella’s net worth, let’s examine what lessons on life and wrestling we can learn from her impressive career.

Here are some of the best success lessons to learn from Brie Bella:

1. Don’t Be Afraid To Take The Time To Find Your Stride

Brie’s early career as an entertainer and professional wrestler took some time to get started, with the star taking on many non-wrestling roles early in life.

If you’re pursuing a dream don’t be put off if you don’t find success straight away.

2. Make Sure You Have Varied Income Streams

While Brie Bella has earned a considerable sum of money as a professional wrestler, she’s been smart with her investments.

She has her own line of beauty products, a collection of baby accessories, and even her own wine called Bonita Bonita Wine.

3. She Your Tips On Success With Those Around You

With a popular podcast and YouTube channel, Brie Bella gives her fans plenty of advice on how to look great and succeed in life.

If you’re a success, share your insights into how you got there with those who might benefit from the advice.

That concludes this article exploring Brie Bella’s net worth, from her early years and amateur beginnings in wrestling to her rise to fame as a prominent diva.

Brie’s career continues to expand into different areas of the entertainment industry while she also makes sporadic appearances in the WWE.

We’ll update this article in the future to include any new information about Brie Bella’s net worth, so be sure to check back at a later date.

What do you think about Brie Bella’s net worth? Leave a comment below.