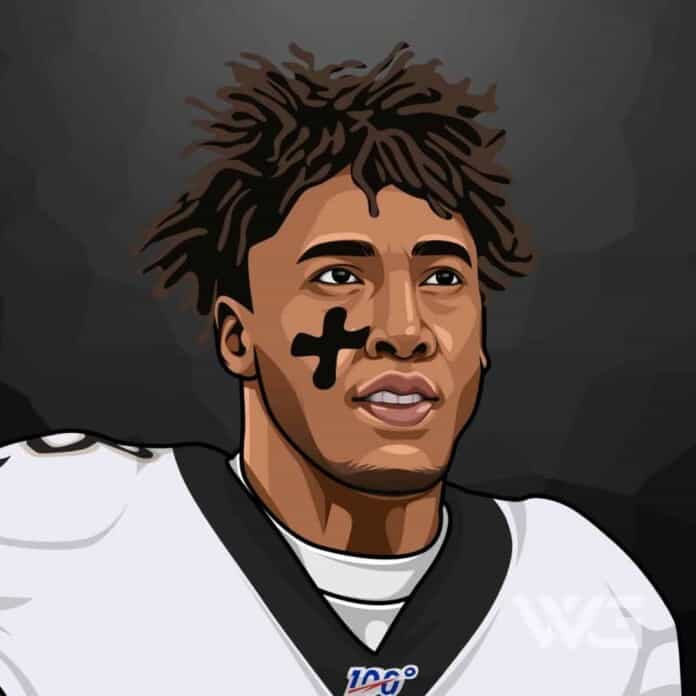 What is Michael Thomas’ net worth?

Michael Thomas is an American football wide receiver for the New Orleans Saints of the NFL.

As of December 2022, Michael Thoma’s net worth is roughly $67 Million.

Michael William Thomas was born on the 3rd of March, 1993, in Los Angeles.

Thomas attended Taft High School in Woodland Hills, California. As a senior, he had 86 receptions for a state-leading 1,656 yards and 21 touchdowns for the Toreadors football team.

Thomas was ranked by Rivals.com as a four-star recruit. He committed to Ohio State University to play college football.

In 2016, Thomas was drafted by the New Orleans Saints in the second round of the 2016 NFL Draft. He was the sixth wide receiver to be selected that year.

Thomas came into the year as the Saints’ number one receiver after Brandin Cooks was traded to the New England Patriots in his second season. He was named to his first Pro Bowl.

In the season-opener against the Tampa Bay Buccaneers, Thomas caught a franchise-record 16 passes for 180 yards and a touchdown, breaking the century mark for the fourth time in his career and eclipsing 200-career receptions.

In 2019, Thomas signed a five-year, $100 million contract extension with $61 million guaranteed with the Saints. This made Thomas the highest-paid wide receiver in the NFL.

During the season-opener against the Houston Texans on Monday Night Football, Thomas caught 10 passes for 123 yards in the narrow 30–28 victory.

Here are some of the best highlights of Michael Thomas’ career:

“I’m trying to go for that No. 1 spot, too. For me to get to the No. 1 spot, I can’t worry about what he’s doing. Why are my eyes on somebody else’s paper when I’m writing my own paper?” – Michael Thomas

Now that you know all about Michael Thomas net worth, and how he achieved success; let’s take a look at some of the lessons we can learn from him:

The difference between the people that are very good and excellent is a little extra effort. Extraordinary and ordinary are not that different.

You should never be ashamed about giving it your all and coming out on the losing end. It is a true shame that we are not always able to win even when we give it our best.

How much is Michael Thomas worth?

Michael Thomas’ net worth is estimated to be $67 Million.

How old is Michael Thomas?

How tall is Michael Thomas?

Michael Thomas is a star-wide receiver drafted by the New Orleans Saints in the second round of the 2016 draft who set rookie franchise records in receptions, receiving yards, and touchdowns.

He made the Pro Bowl in his second season and set an NFL record for most receptions in a player’s first two seasons with 196.

What do you think about Michael Thomas’ net worth? Leave a comment below.