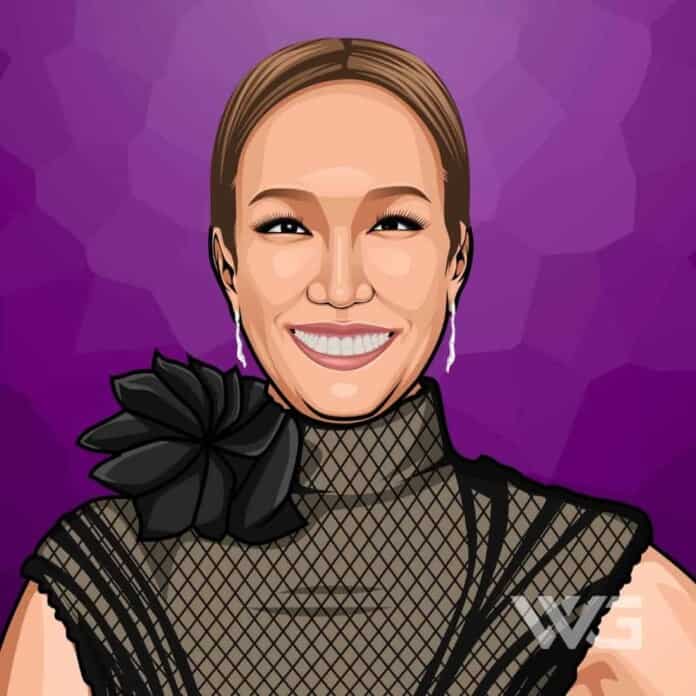 What is Carrie Ann Inaba’s net worth?

Carrie Ann Inaba is a television personality and actress.

Inaba is best known for her work on ABC TV’s Dancing with the Stars. She has served as the judge on the show since 2005.

From 2019 to 2021, she co-hosted and moderated the CBS Daytime talk show ‘The Talk.’ She started her career as a singer in Japan.

She was born and raised in Hawaii, and she graduated from Punahou School in 1986.

She is of Irish, Japanese and Chinese descent. Growing up, she would dance in her backyard that overlooked the Pacific Ocean.

In 1986, Inaba won a talent show in Hawaii. She then wanted to become a pop star in Japan, and she was given songs to read phonetically in Japanese.

After returning to the United States, she appeared as one of the group dancers on the television series ‘In Living Color’ from 1990 to 1992. She then performed with Canadian singer Norman Iceberg and dancers Viktor Manoel and Luca Tommasini at Prince’s ‘Glam Slam.’

Inaba appeared as one of the background dancers in the movie ‘Monster Mash’ in 1995. She also appeared in the movie ‘Austin Powers in Goldmember’ in 2002.

In 2010, Inaba was named host of the revival of the game show ‘1 vs. 100’ on GSN. After the first season, she announced that she would not return to the show. She later was one of the four judges on ‘the ‘Dancing with the Stars.’

Inaba has been a recurring guest co-host for ‘The Talk.’ She replaced Julie Chen as the fifth co-host, officially debuting on the 2nd of January, 2019.

How Does Carrie Ann Inaba Spend Her Money?

Inaba has helped organizations such as:

Here are some of the best highlights of Carrie Ann Inaba’s career:

“I love fresh fruit and vegetables. I’m not a strict dieter. I don’t think that anything in life should be so regimented that you’re not having fun or can’t enjoy like everybody else. Just know that fresh food is always going to be better for you.” – Carrie Ann Inaba

“I wasn’t a ballet baby. My first dance class was in an outdoor pavilion when I was three. It was called ‘creative movement.’ The teacher gave us chiffon scarves in beautiful colors. She turned on some music and said, ‘Now go dance.’ So for me, dance has always been about self-expression.” – Carrie Ann Inaba

“I’ve always gone out with much younger guys. But I rushed into relationships before really getting to know the person. What would come up as a warning sign within the first two weeks of dating would usually be the exact reason the relationship would end!” – Carrie Ann Inaba

“When I’m in New York, I have a wonderful hair and makeup team. We’ve just been laughing all day today. In work, I believe that you really need to choose people that you get along with because work is life, so you may as well enjoy your time. I’m lucky. I have great people around me, and we laugh all day.” – Carrie Ann Inaba

Now that you know all about Carrie Ann Inaba’s net worth and how she achieved success; let’s take a look at some of the best lessons we can learn from her:

One of the best gifts you can give to an animal is a donation of a blanket to your local animal shelter during the winter months.

Love is the one thing in life that makes everything worthwhile

How much is Carrie Ann Inaba worth?

Carrie Ann Inaba’s net worth is estimated to be $9 Million.

How old is Carrie Ann Inaba?

How tall is Carrie Ann Inaba?

Carrie Ann Inaba is a successful dancer, singer, and actress. Inaba started off her career in Japan, but she first rose to fame as a “Fly-Girl” on the comedy show ‘In Living Color.’ She is the judge on ‘Dancing with the Stars.’

What do you think about Carrie Ann Inaba’s net worth? Leave a comment below.