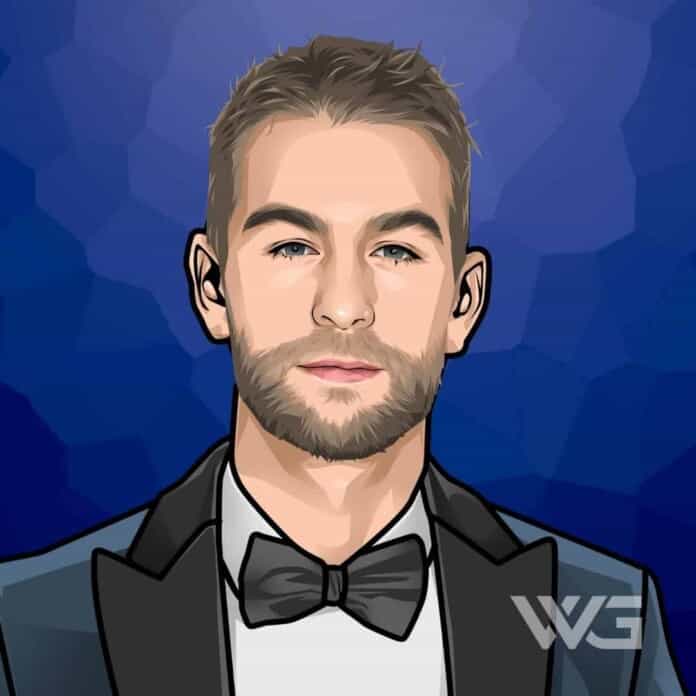 What is Chace Crawford’s net worth?

Chace Crawford is an American actor. Crawford is best known for his portrayal of Nate on the series ‘Gossip Girl’.

He is also known for starring in’ The Covenant,’ ‘The Haunting of Molly Hartley,’ ‘Twelve,’ and ‘What to Expect When You’re Expecting’.

His father is a dermatologist, and his mother, Dana, is a teacher. Crawford was raised a Southern Baptist. While his father was a medical student, Chace lived in Bloomington, Minnesota, for four years.

He is best known for playing the role of Nate Archibald in the CW series Gossip Girl. As a kid Chace was a model for Hollister. He studied broadcast journalism and marketing at Pepperdine University before dropping out to focus on acting.

In 2010 Crawford was arrested for possession of marijuana. He performed community service and reported to a probation officer to have the charges dismissed. He has served as the spokesman for Diet Coke.

How Does Chace Crawford Spend His Money?

Here are some of the best highlights of Chace Crawford’s career:

“I went into broadcast journalism. I loved every class I took, I just got anxious because I came to the realization that you’re groomed in high school to get good SAT scores to get into a good college or else you’re done for.” – Chace Crawford

“There are always those ‘Gossip Girl’ walk-and-talk scenes where you’re walking and just talking about life and death. You’re having a serious conversation, looking someone in the eye, but everywhere around you, it’s literally a circus.” – Chace Crawford

“I want to date Cheryl Cole. She is a looker, she’s the one. I love her accent, its so sexy. She’s free and I’m still a bachelor. That girl is so beautiful. Ill treat her well. I’m thinking weddings one day, why not? Just think of the kids. I’m getting ahead of myself here, I haven’t even met the girl.” – Chace Crawford

“I was into sports. I was good at math, and I was doing photography. Had my hand in a lot of different cliques. Yes, he did some cheesy catalog work in Dallas, to make some extra money.” – Chace Crawford

Now that you know all about Chace Crawford’s net worth and how he achieved success; let’s take a look at some of the lessons we can learn from him:

Sometimes with a certain writing, you feel like you’ve got to be literal, hit it hard on the nose, to get the point across. Good writing is more subversive.

All you need is a pool table, beer, an electric jukebox, and good conversation.

Doubt your doubts before you doubt your beliefs.

How much is Chace Crawford worth?

Chace Crawford’s net worth is estimated to be $6 Million.

How old is Chace Crawford?

How tall is Chace Crawford?

Chace Crawford is an American actor best known for starring in ‘Gossip Girl’. He grew up in Texas.

Chace played football and golf in high school and is a talented artist. He graduated from Trinity Christian Academy in 2003. However, he worked as a model in Dallas. A few years later, he appeared in Lifetime’s television movie Long Lost Son, where he plays the son of Gabrielle Anwar’s character.

What do you think about Chace Crawford’s net worth? Leave a comment below.