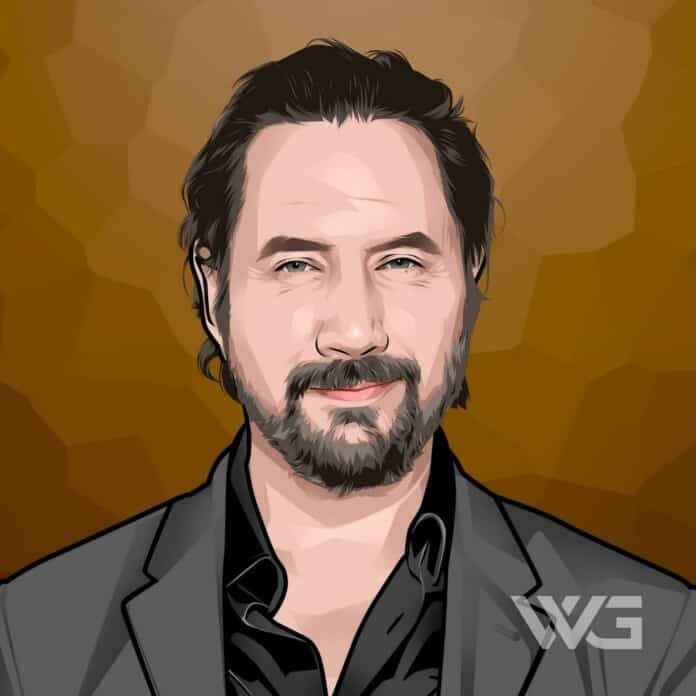 What is Jamie Kennedy’s net worth?

Jamie Kennedy is an American actor, screenwriter, and television producer.

Kennedy played Randy meeks in the ‘Scream ‘franchise. His other film roles include ‘Romeo + Juliet,’ ‘Bowfinger,’ ‘Malibu’s Most Wanted,’ ‘Finding Bliss’ and ‘Good Deeds’. From 2005 to 2010, he starred in the CBS drama ‘Ghost Whisperer’.

James Harvey Kennedy was born on the 25th of May, 1970, in Pennsylvania.

Kennedy was raised Catholic. He attended and graduated from Monsignor Bonner High School in 1988.

After high school, Kennedy began his career as a Hollywood extra. Meanwhile, he worked on voice impersonations. When he first arrived in Los Angeles, he became a professional Hollywood extra.

After many years of struggling, he was unable to find an agent and worked as a host at Red Lobster. He auditioned for over 80 commercials and could not book one.

Kennedy struggled a few years before he came to prominence in the late 1990s for playing Randy Meeks in the ‘Scream’ film series. He formed a production company called Wannabe Producers.

He has produced the shows ‘The Jamie Kennedy Experiment,’ ‘Blowin’ Up,’ ‘The Starlet,’ and Living with Fran’ created by David Garrett.

Following ‘Malibu’s Most Wanted’  in which he both wrote and starred, Kennedy co-wrote the MTV show ‘Blowin’ Up’ in 2006 featuring his friend, Stu Stone.

Kennedy lent his voice to the videogame ‘ESPN NFL 2K5’. He is also unlockable as a free agent tight end in season mode. His stint as Activision’s emcee at Electronic Entertainment Expo 2007, however, drew much criticism not only for his ignorance of the industry.

As a stand-up comedian, he is best known for his sketch performances on his television reality show, ‘The Jamie Kennedy Experiment. It became the WB Network’s highest-ranking new show. In 2006, Jizzy Entertainment released ‘Unwashed: The Stand-Up Special.’

How Does Jamie Kennedy Spend His Money?

Jamie Kennedy spends some of his money on real estate and charity work.

Here are some of the best highlights of Jamie Kennedy’s career:

“Well, you know, here’s what it is: In Hollywood, a lot of people were talking about this movie, and first and foremost, I’m an actor. I act. I’ve worked with Jon Voight twice before, and he’s one of the greatest actors ever. I thought it was an important story.” – Jamie Kennedy

“I don’t know enough about Margaret Sanger, but one thing I know is that she was a women’s activist, right? And they say that she also may have done some stuff with eugenics. In the movie, Larry hooks up with Betty Friedan, who’s obviously a huge feminist icon, and it looks like he’s saying that with Planned Parenthood.” – Jamie Kennedy

“A woman and a man-made this movie together—they’re co-directors—and whatever people write about Nick, he’s done nothing but treats me with the utmost respect. And Cathy is a level-headed, intelligent person.” – Jamie Kennedy

“I believe in free speech, too. I just thought it was a very cool role. Did I know how controversial it was going to be? No. Did I know Nick’s background enough? No. Was it directed by a woman? Yes. But she left, and another woman came in. I’m in the middle as a human being. I’m a centrist.” – Jamie Kennedy

“I mean, that’s a slippery slope if you say that, but I see what you’re saying. When I signed on to the movie, I knew I was walking into a potential ticking time bomb. But there was a lot of stuff in the thing that people weren’t vibing with.” – Jamie Kennedy

Now that you know all about Jamie Kennedy’s net worth and how he achieved success; let’s take a look at some of the lessons we can learn from him:

There are certain rules one must abide by in order to successfully survive a horror movie.

How much is Jamie Kennedy worth?

Jamie Kennedy’s net worth is estimated to be $8 Million.

How old is Jamie Kennedy?

How tall is Jamie Kennedy?

He is best known for his sketch comedy and stand-up. He has appeared in and written such programs as ‘The Jamie Kennedy Experiment’ and ‘Blowin’ Up.’ He has also appeared in various films and television shows.

What do you think about Jamie Kennedy’s net worth? Leave a comment below.