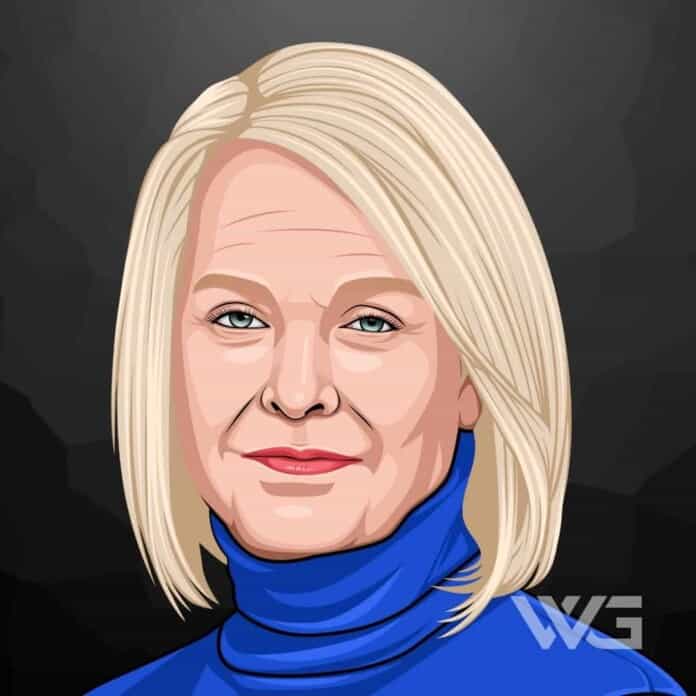 What is Cindy McCain’s net worth?

Cindy McCain is an American businesswoman.

McCain is the widow of United States Senator and 2008 Republican presidential nominee John McCain from Arizona. She was born in Arizona, and she married John McCain in 1980. Her husband was elected to the United States Congress in 1982.

Cindy Lou Hensley was born on the 20th of May, 1954, in Arizona. Hensley is the daughter of James Hensley, who founded Hensley & Co. She was raised as an only child.

In 1968,  she was named Junior Rodeo Queen of Arizona. She then went to Central High School in Phoneix, where she was named “Best Dressed” as a senior. Hensley graduated in 1972.

McCain started her career in special education after getting a degree at the University of Southern California. She worked with non-profit medical organizations.

She founded the non-profit organization American Voluntary Medical Team, which she operated from 1988 to 1995. In 2000, McCain inherited majority control and became chair of Hensley & Co when her father passed away.

The company does more than $400 Million per year in revenue and employs 1200 people. The company is the third-largest Anheuser-Busch distributor in the U.S and one of the largest privately-owned companies in Arizona.

She was a vocal member of both John McCain’s presidential campaigns. Today she serves on the boards of CARE, Operation Smile, and HALO Trust. McCain has also been involved in fighting human trafficking.

In 20021, she became involved with Operation Smile taking part in its medical missions in various countries such as Morocco, Vietnam, and India. She is on the board of the HALO Trust, and she has visited operations to remove landmines in Cambodia, Sri Lanka, and Angola.

How Does Cindy McCain Spend Her Money?

Cindy McCain has gained her fortune from her family’s beer company Hensley & Co. Today she serves on the boards of numerous brands. She likes to spend her money on lavish cars.

Cindy McCain is a proud owner of many lavish cars. In her collection, we can see cars that include a Jeep Wrangler, a Toyota Prius, a Ford F Series, and a Lexus.

McCain owns a home in north-central Phoenix. The family purchased the house for $2.28 million.

Here are some of the best highlights of Cindy McCain’s career:

“I brought home a baby without telling [husband John McCain], and he not only took it in stride but loved it, immediately embracing Bridget, who shares John’s very dry sense of humor, so she and her dad do pretty well together. If I hadn’t taken Bridget out, I think she would have become a prostitute or worse, died.” – Cindy McCain

“What intrigued me about him was his intelligence, his humor. I’d been all over the world. I had started a career. At that point, I had sort of committed myself to not committing. I didn’t want to have to raise a husband, but he was so sophisticated and so funny.” – Cindy McCain

“I’m an emotional woman when it comes to service to our country. I watched many people’s children leave and serve. This is something that is the fiber of the McCain family. It was nothing more than me just saying I believe in this country so strongly.” – Cindy McCain

“He will be a commander in chief that the finest fighting force in the history of the world can depend on because he knows what it is like to send a child off to fight.” – Cindy McCain

Now that you know all about Cindy McCain’s net worth and how she achieved success; let’s take a look at some of the lessons we can learn from her:

The strength of women and women’s rights around the world is essential because that affects children and families.

If you really want to see change and have changed, you’re going to have to get involved.

We all have dreams, but it’s not always easy to make them come true.

How much is Cindy McCain worth?

Cindy McCain’s net worth is estimated to be $400 Million.

How old is Cindy McCain?

How tall is Cindy McCain?

Cindy McCain is an American businesswoman and philanthropist who inherited her family’s beer distribution company, Hensley & Co, in 2000.

She is best known for being the widow of the longtime Senator and one-time Presidential candidate John McCain. They were married from 1980 to his death in 2018.

McCain pursued her career in special education after getting a degree at the University of Southern California.

What do you think about Cindy McCain’s net worth? Leave a comment below.