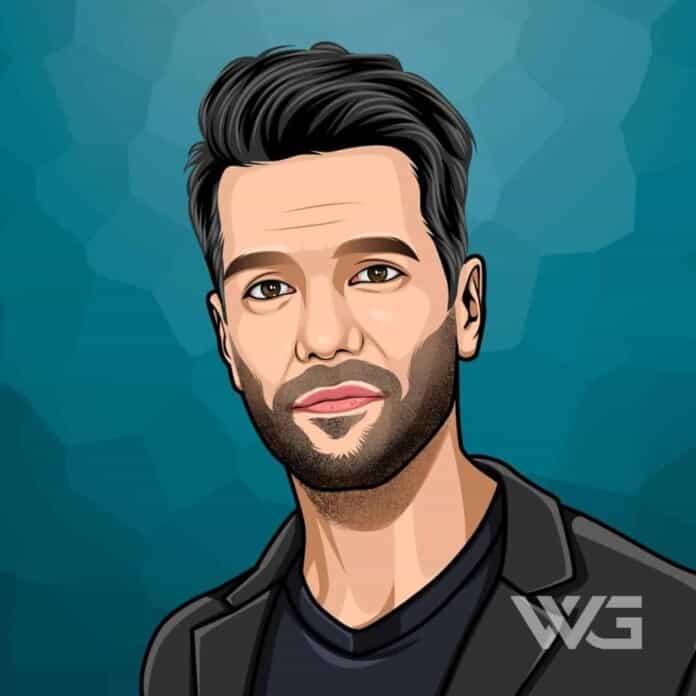 What is Criss Angel’s net worth?

Criss Angel is an American magician and musician.

Angel started his career in New York before he moved his operations to the Las Vegas Valley. He is best known for starring in the stage show ‘Criss Angel Mindfreak’ and his live performance illusion show ‘Criss Angel Believe.’ The show generated $150 million in tourist revenue to Las Vegas in 2010.

Cristopher Nicholas Sarantakos was born on the 19th of December, 1967, in New York. Angel grew up in Elmont and East Meadow with his family.

His aunt taught him a card trick when he was 7 years old, which made him interested in learning magic. He performed his first magic show five years later. As a teenager, he started to perform at local restaurants. Instead of going to college, he decided to pursue a career in magic.

In 1989, Angel was the frontman of a heavy metal band called Angel. Angel made his television debut on ABC special titled ‘Secrets’ in 1994.

In 1995, he formed another called ‘Angeldust,’ and the group released the albums ‘Musical Conjurings From the World of Illusion,’ ‘System 1,’ ‘System 2,’ and ‘System 3.’

Around the same year, Angel has his own special on ABC ‘Criss Angel Mindfreak: Postmodern Illusionist’. In 2005, Angel’s special on ABC turned into a television show on A&E. ‘Mindfreak’ ran for 85 episodes, and it’s one of the most successful magic shows in television history.

In 2010, Angel teamed up with IdeaVillage for his Criss Angel Magic Collection, including 250 tracks. He has been the internet’s most-watched magician, and as of 2013, his videos had been viewed more than 200 million times.

In 2014, ANgel launched the routing production ‘Mindfreak LIVE,’ ‘The Supernaturalists’ and ‘Criss Angel RAW.’ In 2019, Celebrity Radio named one of his shows “The #1 Show in Las Vegas”. Due to the Coronavuris pandemic, it resulted in Criss canceling several shows.

How Does Criss Angel Spend His Money?

Criss Angel is a very successful man who lives in a massive mansion in Las Vegas, where he has his own private chef and a massive pool. He has one of the most impressive car collections in the world.

His home is very luxurious and comes with many lavish decorations. He likes art, and in his dining room, he has a painting with Christ on the cross. In his home, he has a private chef that cooks for him.

Angel has some of the most expensive cars in the world. His collection includes a 1957 Pontiac Star Cheif Convertible, a Porsche 911, a 2006 Dodge Viper, a 2006 Hummer H2, a 2010 Campagna T-Rex, a Lamborghini Murcielago, a Rolls Royce Phantom, and a Bugatti Veyron.

Here are some of the best highlights of Criss Angel’s career:

“Magic speaks to the child in all of us. No matter how sophisticated we become, there’s still a part of us who wants to believe in an alternative reality, where we can defy the laws of nature.” – Criss Angel

“To me, it’s never about the trick. I don’t care about how something works. I care about how people feel when they watch it. You know, that – that connection – that emotional connection is true magic.” – Criss Angel

“I wish what I do was all real. Some of it’s real, some of it’s an illusion, and I try to blur the line between both, but unfortunately, I’ve got to be honest with you. Taking a $1 bill and turning it into a $100 – unfortunately it’s not real.” – Criss Angel

“You can go to a magic shop or magic builder and buy what most magicians do, but that’s not what I’m about. With ‘Mindfreak’ on television and ‘Believe’ live, I want to bring things that people have never seen before. That process is complicated. It’s very challenging, and you never know how long it’s going to take – months or years.” – Criss Angel

“Well, to be perfectly frank with you, I never created art or have done demonstrations for anyone before myself artistically. I always do it to try to push my own envelope to be the best I can be.” – Criss Angel

“Well, I think everything up to this point that I’ve been exposed to in my life has had an influence on me in some way, shape, or form even if I’m not conscious of it. So I definitely think that my studies in wu-shu, kung-fu, karate, kenpo, taekwondo, all of that stuff certainly affect me. I don’t think I follow any discipline traditionally.” – Criss Angel

Now that you know all about Criss Angel’s net worth and how he achieved success; let’s take a look at some of the lessons we can learn from him:

Pain is a beautiful thing. When you feel pain, you know you’re alive.

When the mind, body, and spirit work together, you must believe anything is possible.

3. You Can’t Buy Everything

How much is Criss Angel worth?

Criss Angel’s net worth is estimated to be $50 Million.

How old is Criss Angel?

How tall is Criss Angel?

Criss Angel is an American illusionist, magician, and musician who has starred and created the A&E network show ‘Criss Angel Mindfreak’ and ‘Criss Angel BeLIEve.’

He has worked with Cirque du Soleil to create the stage show ‘Criss Angel Believe’ at the Luxxor casino. He starred in ‘Mindfreak LIVE’ at Luxor from 2016 to 2018.

Throughout his career, he has made numerous appearances on various television shows, including ‘CSI: NY,’ ‘The Oprah Winfrey Show,’ ‘The Late Late Show with Craig Ferguson,’ ‘WWE RAW,’ ‘The Ellen DeGeneres Show,’ and The Megan Mullally Show.

What do you think about Criss Angel’s net worth? Leave a comment below.