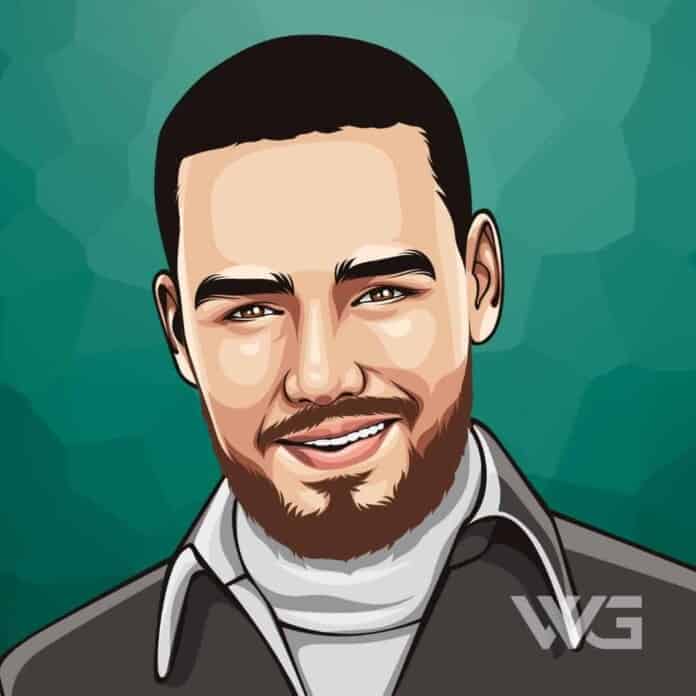 What is Liam Payne’s net worth?

As of February 2023, Liam Payne’s net worth is approximately $70 Million.

Liam Payne is an English singer and songwriter from Wolverhampton. Payne rose to fame as a member of the boy band One Direction.

The group has since released five albums, embarked on four world tours, and won several awards. Payne has worked with other producers under the monikers “Big Payno” and “Payno” creating remixes for songs by his band and singer Cheryl.

Liam Payne was born on the 29th of August, 1993, in Wolverhampton, England. Payne is the son of Geoff and Karen Payne. He has two elder sisters, Nicola and Ruth. One of his kidneys was dysfunctional and as a child, he had to take 32 injections in his arm every day to deal with the pain.

He studied at St. Peter’s Collegiate School, Wolverhampton. In his childhood days, he was interested in both athletics and music. He trained as a runner at Wolverhampton and Bilston Athletics Club.

In 2008, Payne auditioned for the television talent competition ‘The X Factor’. He performed well enough and reached the penultimate stage of the show ‘Judges’ Houses’.

By the next year, X-Factor had raised their application age to 16, making him ineligible to audition. However, he continued to train as a vocalist in the meantime.

At the ‘Bootcamp’ round, he sang ‘Stop Crying Your Heart Out’ and won the approval of three judges. However, Simon thought this performance was one-dimensional and on the suggestion of guest judge Nicole Scherzinger, he was clubbed with four other participants to form a five-member band that qualified for the ‘Groups’ category.

The band thus formed reached the grand finale of the show. However, they could manage to win the third spot only. The group came to be known as ‘One Direction’.

After the show was over, One Direction was signed to Simon’s Syco Entertainment. To date, they have released five albums. They became the only group ever to have all five albums debut at number 1 position on the Billboard Hot 200 chart.

Payne is one of the principal writers in One Direction. He has co-written with Louis Tomlinson most of the songs in the band’s third and fourth albums. He has also taken over band-mate Zayn Malik’s vocals after Malik quit the band in 2015.

Here are some of the best highlights of Liam Payne’s career:

“I listened to a lot of Jay-Z and Kanye coming up, which would be unexpected for a boy bander like me. But I’d listen to a lot of that, and a lot of Ed Sheeran, actually.” – Liam Payne

“The feather was a thing, when I was a kid, we used to find feathers around the house, and whenever we found them, my mum used to say it was my nan leaving them around for us to find, so that was quite sweet.” – Liam Payne

“I had a few dating disasters along the way with girls cheating on me. One girl was the inspiration for me singing ‘Cry Me A River’ on ‘The X Factor.’ That was my payback to her because she was unfaithful.” – Liam Payne

“It’s so amazing to hear a crowd of people singing one of your songs. It’s the best feeling.” – Liam Payne

“I was bullied by a few people who were much older than me. I went camping to learn boxing.” – Liam Payne

Now that you know all about Liam Payne’s net worth, and how he achieved success; let’s take a look at some of the best lessons we can learn from him:

1. Be Committed to Your Goals and Dreams

No matter what goal or vision you have, first determine if you’re just interested in achieving that goal or if you’re really committed and willing to do whatever it takes to accomplish it.

2. Understand the Difference Between Setting and Achieving Goals

There’s a huge difference between setting goals and achieving goals. This is a success principle that you must understand. What’s the difference? Setting goals is an intellectual and imaginative exercise that your conscious brain, specifically your left prefrontal cortex, does to decide what you want your life to be like.

3. Surround Yourself With People Who are Supportive and Successful

If you want to make a million dollars (whether it’s net worth or within a year), the best thing to do is learn from somebody who’s already made it or who are already making it right now.

How much is Liam Payne worth?

Liam Payne’s net worth is estimated to be $70 Million.

How old is Liam Payne?

How tall is Liam Payne?

Liam Payne is best known as a member of the immensely popular British pop boy band One Direction. The band has won multiple awards and is well known all over the world. Today Payne is a successful solo artist.

What do you think about Liam Payne’s net worth? Leave a comment below.