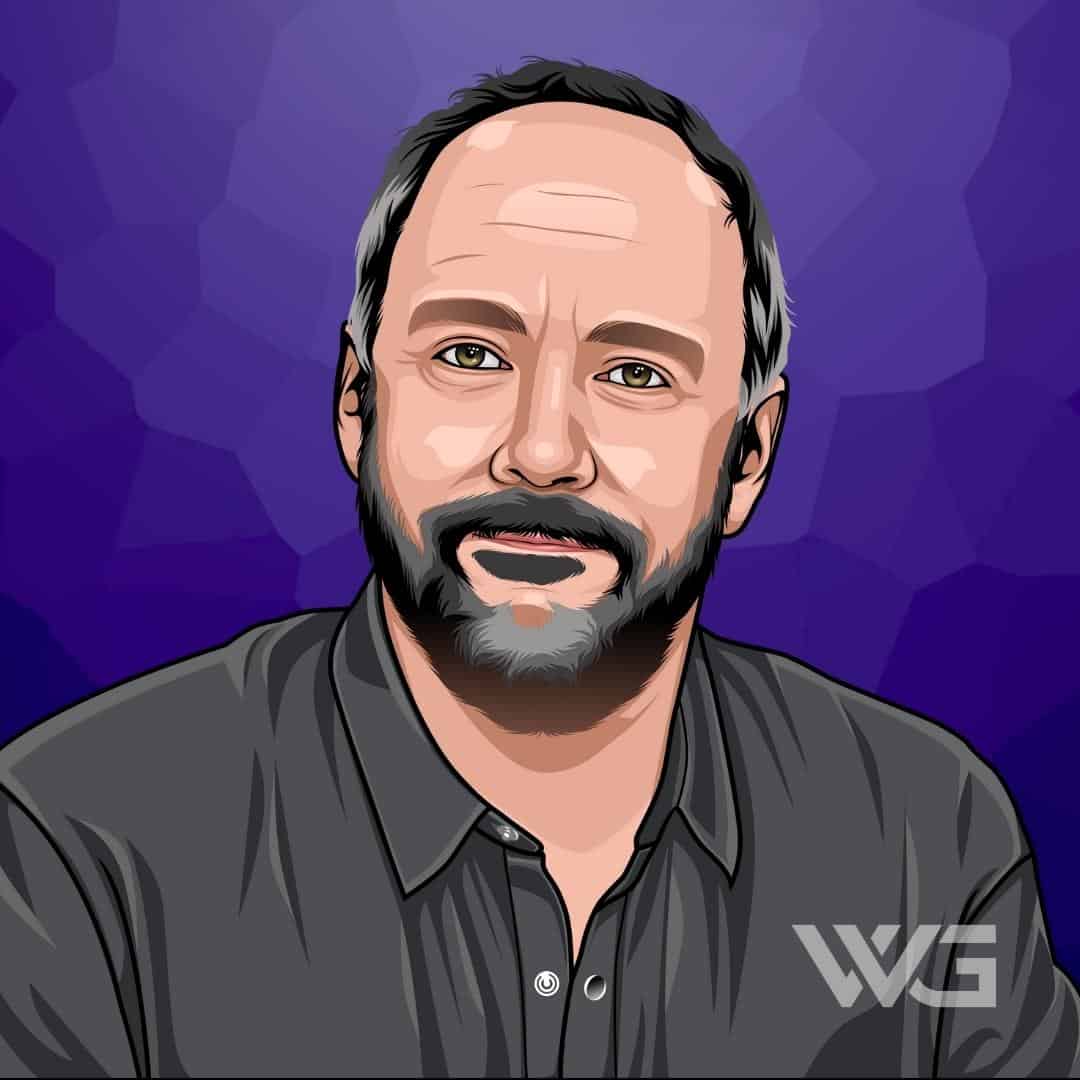 What is Dave Matthews’ net worth?

Dave Matthews is best known as the lead vocalist, songwriter, and guitarist for the band DMB (Dave Matthews Band). He is also a budding actor with appearances in various movies.

Some of his more memorable moments are working alongside top actors like Adam Sandler (“You Don’t Mess with the Zohan”), Terrance Howard (“In the Woods”), and Sissy Spacek (“Lake City”).

The DMB genre is typically rock, but with a twist. They cover everything from jazz fusion to folk and soft rock with a bit of funk rock and indie for good measure.

There’s even a touch of alternative rock that informs many of their songs. DMB is signed with RCA Records as well as Sony. Dave Matthews occasionally performs solo.

David John Matthews was born in Johannesburg, South Africa on January 9, 1967. His father, John Matthews, was a physicist who worked for IBM.

David soon found himself, his three other siblings (Anne Matthews, Jane Matthews, and Peter Matthews), and his mother, Val Matthews, moving to Yorktown Heights, New York at the age of two.

At the age of 9, Dave Matthews discovered his love for music and started playing the guitar. In 1997, his father died from lung cancer, which resulted in David and his family returning to South Africa that year.

Following Matthews’s graduation from Damelin College High School, he was faced with conscription into the South African military. To avoid this, and as an avowed pacifist, Dave made the difficult decision to leave South Africa for good.

On finding himself in New York, Dave Matthews got a job with IBM for a short time until his mother joined him in Charlottesville, Virginia. After settling into the new community, Dave Matthews started performing publicly. This resulted in him forming his band before recording his first demo.

Julia Roberts is a big fan of DMB with the band’s official website listing the music video “Dreamgirl”, in which she plays a feature role.

While working as a bartender at Millers in 1991, Dave formed the Dave Mathews band. This led to the band’s first show on March 14, 1991. It was part of a benefit for the Middle East Children’s Alliance at Trax Nightclub in Charlottesville, Virginia.

Dave Matthews’s older sister was unfortunately murdered by her husband in 1994. This had a profound effect on Matthews, leading him to change his outlook on life. Soon after, the DMB released a new album titled “Under the Table and Dreaming”, which is dedicated to his late sister.

Following this tragic, yet eventful year, Dave and the band signed with RCA Records. Even though the band was signed to a record label, Dave ventured out and started working on his solo performing career. The result was the release of a solo album named “Some Devil”, which went platinum, and the single “Gravedigger”, which won a Grammy in 2004.

While he is known primarily as a musician, Dave Matthews is also one of the richest actors in the world. He’s appeared in multiple onstage productions at Charlottesville Offstage Theatre and Live Arts theatre in the early 1990s.

He grew his career in the movie industry, finding minor acting roles in many Adam Sandler movies as well as many other well-known films.

Dave Matthews has appeared many times as a musical guest on Saturday Night Live. He even made an appearance as Ozzy Osbourne in a skit called “The Mellow Show”. Matthews is also known for acting and performing in the famous music documentary, “Before the Music Dies”. He also guest starred in “House” during the episode, “Half-Wit”.

Dave Matthews has made the majority of his money from his music career. The estimate of his career earnings is compiled from album sales, royalties, and acting fees.

We also include reports of his income from business and property investments, movie and other entertainment fees, and endorsements.

Apart from the wealth that Dave amassed from his music career, he’s made money as an astute businessman and actor.

Here’s a breakdown of Dave Matthews’s annual net worth:

Dave Matthews enjoyed a committed relationship with his long-time girlfriend, Jennifer Ashley Harper. After 8 years, they got married in the summer of 2000. They have twin daughters, Stella Busina, and Grace Anne, born on 5 August 2001.

Dave Matthews has proven to be a socially responsible citizen and was urging American citizens to vote through a video posted back in 2000. Matthew supported the election of the U.S President Barack Obama and, during the 2008 election campaign, performed at Indiana University to attempt to promote the election.

In 2001, Dave Matthews stated that he was agnostic. His way of showing his love towards a higher being is through his music. It is his way of trying to express that we must make the most of each day’s pleasure because we aren’t guaranteed tomorrow.

With Dave’s raw talent and work ethic, it is no wonder that he’s managed to collect many prestigious awards.

Here are some highlights from Dave Matthews’ career:

How Does Dave Matthews Spend His Money?

Mostly, his money goes towards one of his biggest passions, winemaking. His wine label, one of the most expensive wines in the world, and vineyeard, produce approximately 5,500 cases of wine per year. This passion has led to Matthews’ collaborations with award-winning winemakers Sean McKenzie and Steve Reeder.

Another huge passion is film production. This resulted in Dave producing one of the best Netflix documentaries, “Last Call At The Oasis”, directed by Jessica Yu.

Dave Matthews is a big-time philanthropist but doesn’t advertise the fact. Even though he has his side ventures, he seems to like keeping a low profile when it comes to spending his money and living a humble life with his family.

Dave Matthews has an extremely good ear for melodies and has created a wide range of rock music during his career. However, he is also a talented actor and businessman, with roles on stage, in popular movies, and in TV series under his belt.

Here are some of the best highlights of Dave Matthews’s career:

In common with many musicians, Dave Matthews has a deep love of life and philosophy. This comes through strongly in his lyrics as well as during interviews.

Here are our favorite quotes from Dave Matthews:

Dave is a musician with strong convictions, which is plainly evident in his treatment of his fans and in the way he conducts his life.

So, now that you know all about Dave Matthews’s net worth, here are some of the best success lessons to learn from Dave Matthews:

1. Listen To Your Followers

Dave’s humble view of himself is evident in the way he treats those around him. There’s no arrogance, he’s self-effacing and takes the time to listen when others speak.

2. Reward Your Long-standing And Loyal Followers

Service is a pivotal focus of Dave’s life. He appreciates what others do for him and has a special love for his fans.

3. Live In The Moment And Don’t Focus On Tomorrow

Given the tragedy that Dave has experienced in his family, he truly understands what it is to live in the moment. By focusing on the important things today, you get to enjoy the rewards as there may not be a tomorrow.

Dave Matthews is one of the largest private landowners in Virginia. He’s worked in a variety of professions, from singing and producing, to acting and winemaking.

From his various passions, he’s increased steadily in net worth and is now considered one of the highest-earning rockstars in the world.

What do you think about Dave Matthews’s net worth? Leave a comment below.