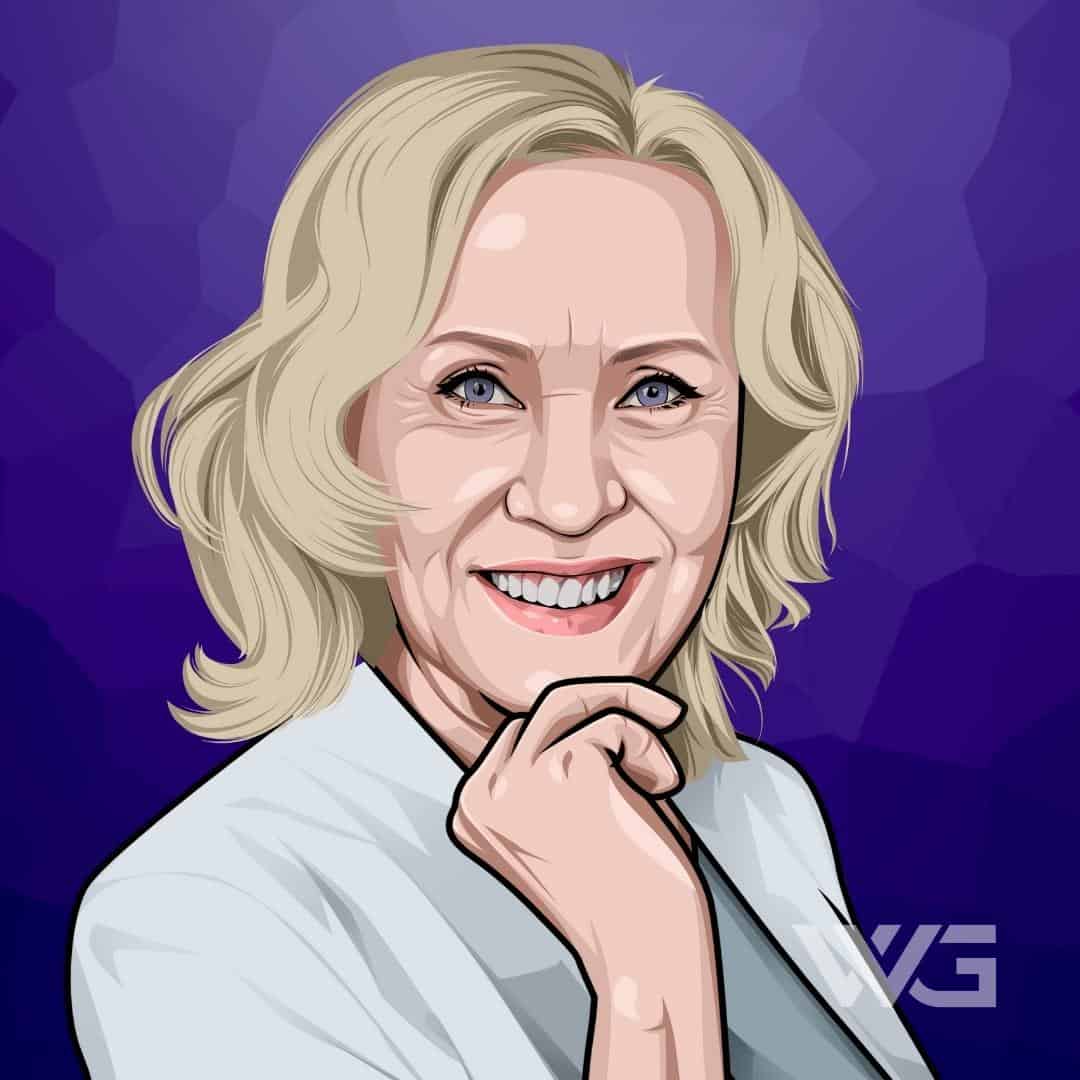 What is Agnetha Faltskog’s net worth?

Agnetha Faltskog is a Swedish singer and songwriter known for her vocal performances for the iconic Swedish pop group ABBA.

In addition to her work with ABBA, Faltskog has enjoyed a successful solo career, selling millions of copies of her albums around the world.

As of February 2023, Agnetha Faltskog’s net worth is estimated to be $200 Million.

Agneta Åse Fältskog was born on April 5, 1950 in Jönköping, Sweden, and was raised along with her sister by her mother and father, a department store manager.

Musical from an early age, she started writing songs at the age of six and soon after joined the local church choir and began taking piano lessons.

At the age of ten, Agneta formed a musical trio with her friends and performed locally, and when she was fifteen she decided to pursue a professional career in the music industry.

In the mid-1960s, Agnetha Fältskog was picked up by a Swedish record producer impressed by her demo recording, signing her to Cupol Records.

Her debut single was released in 1967, topping the Swedish charts and selling 80,000 copies, and after several more hit songs, she met Björn Ulvaeus in 1968.

Soon after they began collaborating with Benny Andersson and Anni-Frid Lyngstad, forming the band ABBA in the early 1970s.

Before long, ABBA’s album sales were on par with some of the richest rockstars in the world, with their fourth studio album, Arrival, from which they achieved international stardom.

As the fame and attention took its toll on her relationship with Björn Ulvaeus, ABBA eventually broke up, with Agnetha Fältskog again pursuing a solo career.

She found success with albums, including 1983’s Wrap Your Arms Around Me, which sold over a million copies, and eventually took a break from performing in the late 1980s.

Agneta Fältskog returned to music in the mid-2000s, covering the Barbra Streisand song, My Coloring Book, and appearing in the 2004 Eurovision Song Contest.

She also joined Take That singer Gary Barlow on stage for the BBC Children in Need 2013 concert in London, raising money for charity.

Along with the other members of ABBA, she also collaborated on the 2008 Mamma Mia! movie, which starred Pierce Brosnan and Meryl Streep, and proved to be a huge hit at the box office.

With her successful career both as a solo artist and member of ABBA, Agneta Fältskog has enjoyed incredibly high career earnings over the years.

With millions of copies of her albums and singles sold internationally, Agneta Fältskog has become one of the richest singers in the world, with an impressive net worth.

Much of this net worth has come through her work with ABBA, with their Greatest Hits compilation album notable for the significant boost it gave to her net worth.

Royalties from ABBA albums, combined with her solo albums, helped to ensure her net worth continued to climb throughout the 1980s and 1990s.

The huge success of the Mamma Mia! movie and royalties for the use of ABBA’s music have helped keep her net worth high up to the present day.

Agneta Fältskog married her fellow ABBA member Björn Ulvaeus in 1971, with whom she has two children, Linda Elin Ulvaeus and Peter Christian Ulvaeus, with the couple separating in 1979.

In 1990, Agneta Fältskog married Tomas Sonnenfeld in a private ceremony, with the marriage only becoming public knowledge when they divorced three years later.

In 1994, her mother’s suicide and father’s death the following year disrupted her life, reigniting the depression from which she had suffered since the breakup of her marriage to Ulvaeus.

Agnetha Faltskog’s incredibly successful career in the music industry has seen her receive a variety of awards and accolades.

Here are some highlights from Agnetha Faltskog’s career:

How Does Agnetha Faltskog Spend Her Money?

Little is known about how Agnetha Faltskog, with the singer known for her reclusive lifestyle and unwillingness to share intimate experiences with the media.

Her incredible net worth certainly indicates her ability to live a life of luxury, and when she is seen in public she is typically wearing elegant clothing and jewelry.

She lives in a beautiful house known as The House of Agneтha in Eckero, Stockholm, Sweden, which features a large garden leading down to the waterfront.

Agnetha Faltskog’s musical career has been one of many high points, including as one of the biggest-selling singers in modern history.

Here are some of the best highlights of Agnetha Faltskog’s career:

While Agnetha Faltskog prefers to avoid media scrutiny, but she has nevertheless shared her thoughts on life and music from time to time.

Here are our favorite quotes from Agnetha Faltskog:

Now that you know all about Agnetha Faltskog’s net worth, we’ll take a closer look at some of the lessons we can learn from her fascinating life as a singer and celebrity.

Here are some of the best success lessons to learn from Agnetha Faltskog:

1. If You Are Experiencing Depression, Seek Out The Necessary Help And Support

Agnetha Faltskog has had a long experience dealing with depression and phobias, not least after her experience when ABBA’s plane hit a tornado.

She understood the importance of seeking therapy to deal with these issues, which she has since overcome.

2. Don’t Seek Out Attention If You Can’t Handle It

Many famous people can find the media attention they receive overwhelming, which can have a serious impact on their well-being.

Agnetha Faltskog deals with this by taking a step back from the media spotlight and leading a private life.

When ABBA split up it could have been easy for Agnetha Faltskog to retire from music entirely and enjoy her impressive wealth.

Instead, she opted to pick up her solo career and went on to release several successful solo releases.

That concludes this overview of Agnetha Faltskog’s net worth, exploring her time with ABBA as well as her impressive career as a solo artist.

While she has only made intermittent appearances in the media in recent years, her royalties and other revenue sources mean her net worth is likely to change.

To reflect these changes to her net worth, we’ll be updating this article in the future, so make sure you check back for all the details.

As of February 2023, Agnetha Faltskog’s net worth is estimated to be $200 Million.

What do you think about Agnetha Faltskog’s net worth? Leave a comment below.

Ana Ivanovic used her tennis ability to earn a huge income, becoming extremely wealthy as she beat some of the best players in the world.