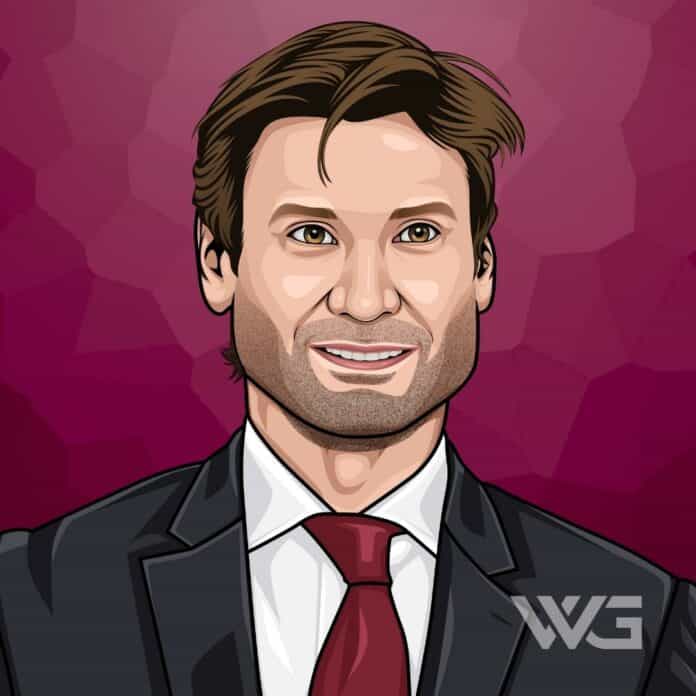 What is David Ferrer’s net worth?

David Ferrer is considered to be one of the best tennis players to have never won a Grand Slam event, and his incredible talents have earned him a substantial net worth.

Although he retired from professional tennis in 2019, Ferrer has since dabbled in coaching, and he may very well secure another high-paying position in the future.

As of February 2023, David Ferrer’s net worth is estimated to be $16 Million.

David Ferrer Ern was born April 2, 1982, in Xabia, Alicante, Spain, but moved to Gandia when he was 13, later moving to Barcelona two years later to attend the Catalan Tennis Foundation.

Ferrer has been playing tennis since he was a teenager, and at one point, when he didn’t practice enough, his coach, Javier Piles, locked him in a dark ball closet with only bread and water for several hours.

While this caused Ferrer to leave the tennis club to work at a construction site, after only a week away, he returned to continue playing.

Javier Piles remained David’s coach until 2013, and despite the closet incident, Ferrer has said he considered Piles to be like a second father to him.

David Ferrer turned professional in 2000, winning his first Challenger title and reaching the semifinals at Manerbio.

The following two years continued to bring him victories, including a win over Andre Agassi, who was the number one player in the world at the time.

In 2004, he reached world number 49, and by 2005 had moved up to number 14 after advancing to numerous semifinals and winning his first two ATP titles in Vina del Mar and Acapulco.

At the end of 2007, Ferrer had risen through the ranks to reach world number 5, having achieved a career best at Wimbledon and a second title at the Swedish Open.

In 2008 and 2009, Ferrer won two consecutive Davis Cup titles and represented Spain in the 2008 Summer Olympics, though he was eliminated in the first round.

By 2011, he had secured his third Davis Cup title and the following year clinched his first Masters’ 1000 title in Paris at the end of the 2012 season.

Ferrer reached world number 3 in 2013, the highest in his career, after making it to the French Open final.

From 2014 to 2017, Ferrer would continue enjoying numerous successes, though he never managed to win a Grand Slam event.

In 2018, his season was cut short when, during the US Open, he suffered a calf injury, and after announcing that 2019 would be his last season, he defeated Alexander Zverev at the Miami Masters before later losing to him at the Madrid Masters.

Not much is known about David Ferrer’s career earnings other than his overall gross income.

When compared to other ATP tennis players, David Ferrer is the eighth highest earner, having earned $31.4 million in total winnings.

For comparison, the highest earning ATP player is Novak Djokovic, who has earned $158.9 million in total from the ATP Tour.

Funnily enough, Andre Agassi, the former world number one that Ferrer defeated in 2003, has earned just $300k less than Ferrer on the ATP Tour, making him the ninth highest earner.

David Ferrer married his long-time girlfriend, Marta Tornel Nieto, in 2015, and the couple announced the birth of their first son, Leo, in 2018.

When he’s not playing tennis, Ferrer enjoys playing basketball and is also a Valencia CF supporter.

David Ferrer has enjoyed many awards and victories during his long career in professional tennis.

While all of his achievements are noteworthy, some have set him apart more than others.

Here are some of David Ferrer’s best awards and achievements:

David Ferrer may not have won all of the Grand Slam event titles that Roger Federer has, but he certainly has earned many of his own significant accolades.

How Does David Ferrer Spend His Money?

David Ferrer, unlike some of the other richest tennis players in the world, doesn’t flaunt his wealth and instead lives quietly away from the spotlight in Valencia, Spain.

Despite not being public about his spending habits, we can safely assume that Ferrer isn’t wanting for anything and that his house is likely lavish and expensive.

If any information surfaces about Ferrer’s recent or past purchases, we will be sure to keep you updated!

David Ferrer has reached numerous important milestones during his 19-year career in tennis.

However, some moments have been more impactful on his fame and fortune than others.

Here are some of the best highlights of David Ferrer’s career:

Having spent 19 years as a professional tennis player, Ferrer has done a lot and made a name for himself as one of the most dedicated and skilled players on the court.

For being one of the most talented tennis players in the world, David Ferrer is a remarkably humble and shy person.

He doesn’t boast about his skills but rather takes things as they come, not worrying about whether or not his next match would end in failure.

Here are our favorite quotes from David Ferrer:

There are many great lessons we can learn from David Ferrer and his long career as a professional tennis player.

Now that about all about David Ferrer’s net worth, let’s take a closer look at what he can specifically teach us about reaching our own goals.

Here are some of the best success lessons to learn from David Ferrer:

No matter who you are, you will have to deal with setbacks at one time or another.

To become successful, you must learn to acknowledge these problems, learn from them, and move on so that they don’t end up hindering your personal progress.

2. Hold On To Humility

Humility is a trait that everyone can benefit from, but especially those who have reached some level of success.

If you fail to remain humble, you can easily become complacent and fall behind on your bigger goals.

3. Plan For The Future, But Don’t Set It In Stone

You should always have a plan for the future, but one that is flexible and easy to adapt to changing circumstances.

It is impossible to know what the future holds, so focusing on the short-term can be much more beneficial overall.

David Ferrer has left a lasting legacy on the tennis court and added millions to his bank account during his 19-year career.

Despite having retired in 2019, it is likely we haven’t seen the last of Ferrer as he explores his potential as a coach.

Be sure to check back often to stay up-to-date on any and all changes affecting David Ferrer’s net worth.

As of February 2023, David Ferrer’s net worth is estimated to be $16 Million.

What do you think about David Ferrer’s net worth? Leave a comment below.