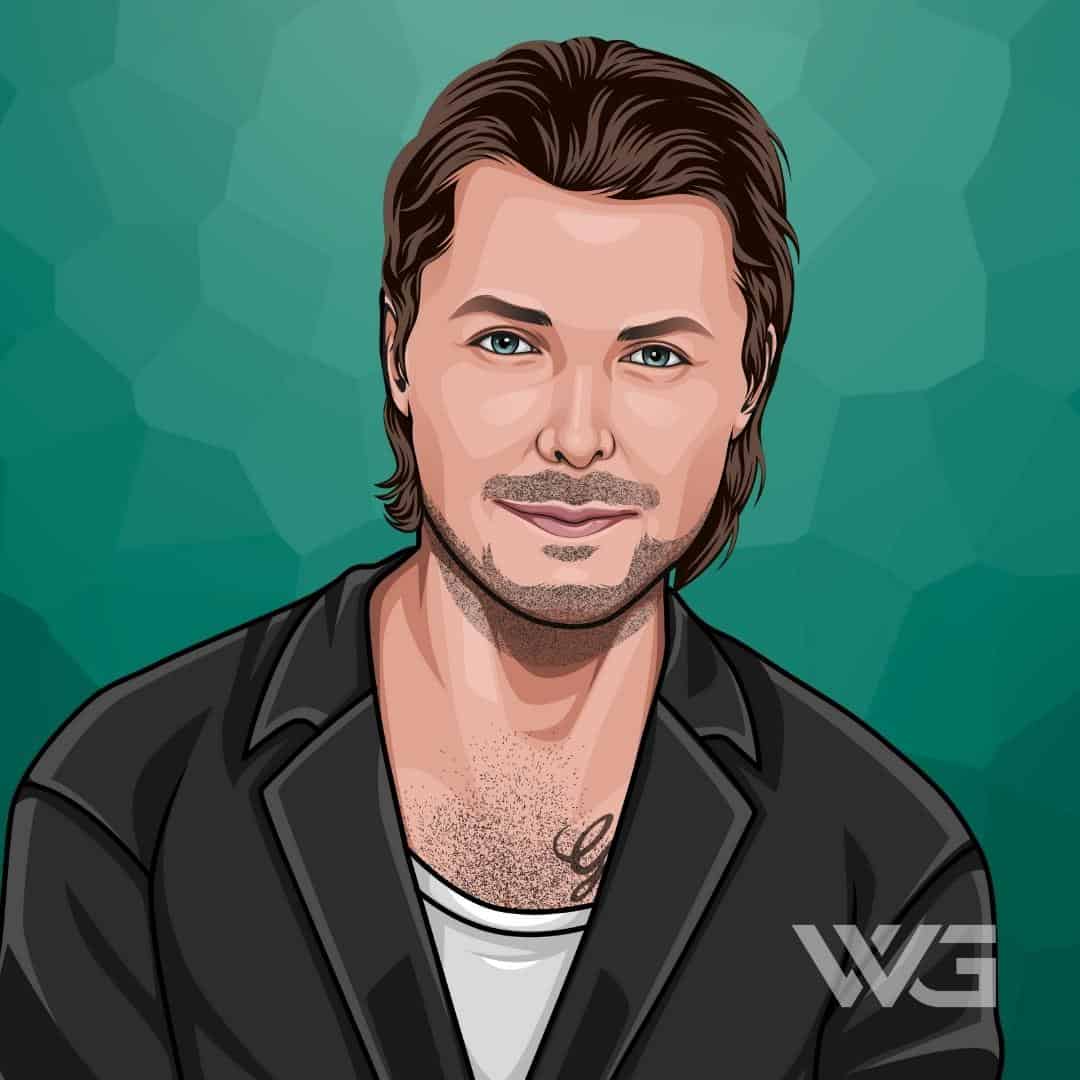 What is Axwell’s net worth?

Axwell is a Swedish record producer and DJ best known for his record label Axtone Records and as a member of the Swedish House Mafia.

His original tracks and club remixes have sold many copies worldwide, while his DJ sets and live shows have earned him millions of fans.

Axwell was born on December 18th, 1977, in Lund, Sweden, becoming interested in music from an early age when he learned to play the drums at the age of nine.

His real name is Axel Christofer Hedfors, and as a teenager he attended Fäladsgården Elementary School, becoming active in the tracking music scene and releasing music using the name Quazar.

In 1995, he also released limited copies of a techno and hard trance EP under the name OXL, marking the beginning of his professional career.

In 2000, Axwell began releasing remixes of popular tracks from some of the richest singers in the world, including a remix of the Pharrell Williams track Angel and the Madonna song, Jump.

After signing to Soulfuric Recordings he released several tracks working with Isabel Fructuoso, following the debut single No Reason with Felicidad and Libre.

In 2008, Axwell teamed up with Steve Angello and Sebastian Ingrosso to form Swedish House Mafia, finding commercial success with singles One (Your Name) and Miami 2 Ibiza.

Between 2014 and 2018, Axwell took a break from Swedish House Mafia, working with Ingrosso on several EPs and singles, as well as releasing the debut album More Than You Know in 2017.

Since 2018, Axwell has returned to working in collaboration with Swedish House Mafia, performing at Tomorrowland and working on tracks for his own record label, Axtone Records.

With ongoing royalties from his many tracks and fees for live shows and DJ sets, Axwell has enjoyed a lucrative career with exceptional annual earnings.

His official Axwell YouTube channel will have contributed to additional revenue, as well as the licensing of his music to other media sources.

His estimated career earnings vary, with some estimates placing his annual income at around $1.39 million each year.

Axwell’s music career has seen him signed to various labels, in addition to his own label, with regular releases over several years helping his net worth to grow over time.

Hit tracks released both as a solo artist and with Swedish House Mafia will have increased his net worth throughout his career.

Additional growth will have come through his live performances at some of the world’s leading festivals including Tomorrowland and Coachella.

Axwell is married to Gloria Golnar, with whom he has two children, Leon and Elton, living with his family in Stockholm, Sweden.

His official Axwell Instagram account has 1,3 million followers, and he uses it to keep his fans in the loop about his latest music ventures.

With a residency in Stockholm’s Where’s the Party? 10,0000 capacity venue, Axwell continues to work on his music and collaborations.

Axwells’ career has seen him be nominated for or win various music industry accolades to celebrate his successes.

Here are some highlights from Axwell’s career:

How Does Axwell Spend His Money?

Little is known about how Axwell spends his money, although it’s clear he has enjoyed the jet-setting lifestyle typically associated with an international DJ.

He has invested money in his Axtone Academy in Stockholm, through which he pairs aspiring music producers with label veterans to help them kickstart their careers.

Axwell also spends money on gear for his studio, including a selection of synthesizers, M-Audio controllers, and ATC active studio monitors.

With his impressive career working as a solo artist and collaborating with other artists, Axwell’s career has had plenty of noteworthy high points.

Here are some of the best highlights of Axwell’s career:

While Axwell isn’t known for carrying out long-form interviews regularly, he has shared a few short but sweet insights into the music business.

Here are our favorite quotes from Axwell:

Now that you know all about Axwell’s net worth, let’s take a look at some of the life lessons and practical advice we can glean from his professional career.

Here are some of the best success lessons to learn from Axwell:

1. Never Put All Your Eggs In One Basket

With dozens of excellent record labels out there, Axwell has played it smart by working with multiple companies at a given time.

He’s even set up his record label to give himself full creative control over the music he puts out.

2. Look For Creative Ways To Use Vocals

Experiment with the possibilities of vocals next time you’re working on a track and see what interesting results you can get.

3. Share Your Skills With Those Who Need The Help

Axwell understands the importance of sharing your skills and knowledge with others, passing on the music production torch through his academy.

If you can help someone succeed by offering advice, your efforts will be rewarded.

That wraps up this overview of Axwell’s net worth, exploring his career as a solo artist and success with the group Swedish House Mafia.

Axwell continues to produce music on various record labels, with additional business ventures including his academy securing his future income.

With more tracks and business ventures set to increase his net worth, be sure to check back on this article again for our latest updates.

What do you think about Axwell’s net worth? Leave a comment below.