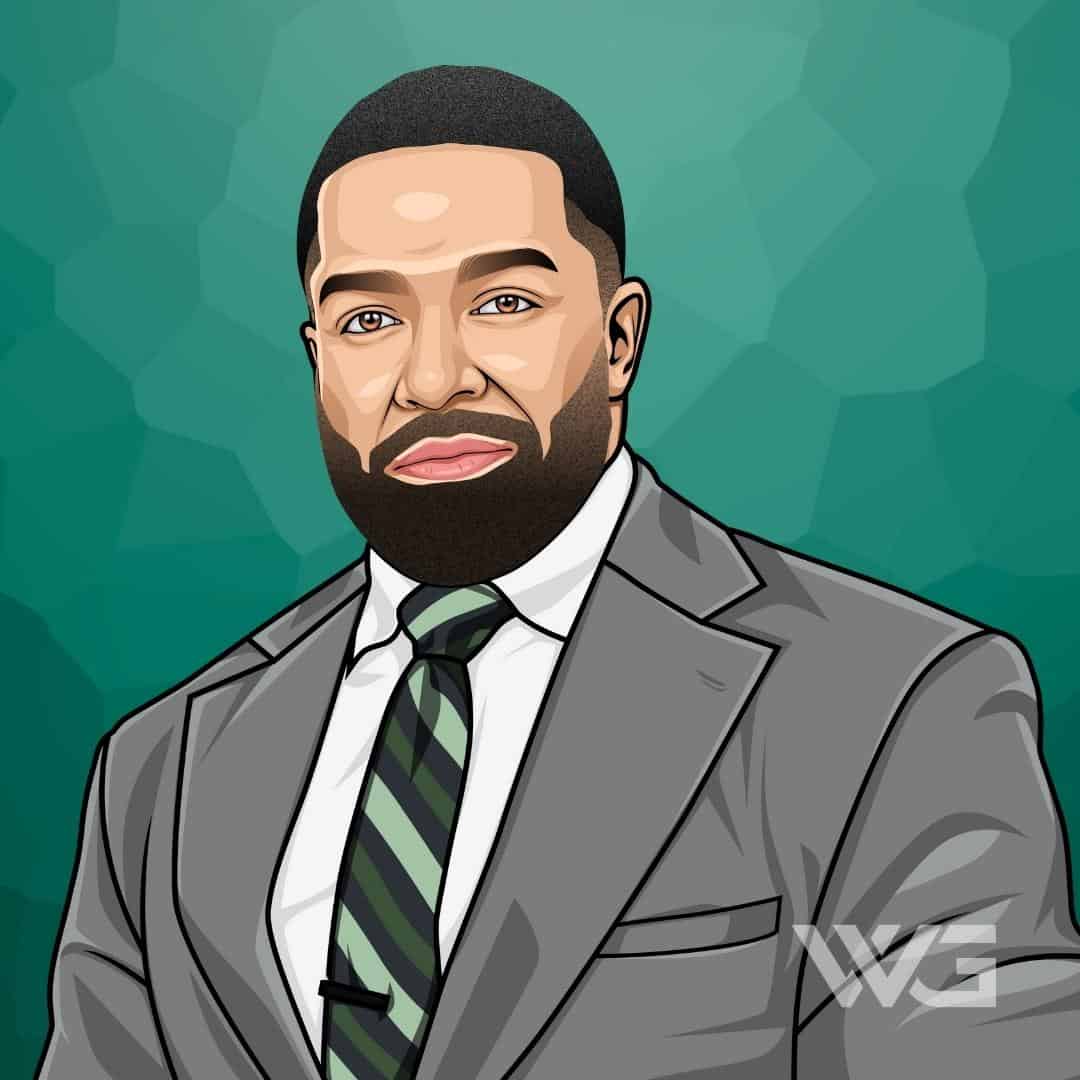 What is David Otunga’s net worth?

David Otunga is a retired wrestler and actor from the WWE franchise. He was part of The Nexus and the only member to be present from the very beginning.

The Nexus was a group of professional wrestlers that made a huge impact in WWE. During David’s time in WWE, he became a two-time WWE Tag Team Champion.

As of February 2023, David Otunga’s net worth is estimated to be $10 Million.

David Otunga was born on 7 April 1980, in Elgin, Illinois. His father, Moses, is a Kenyan and his mother, Billie, is American. Both his parents were previously teachers.

He has two sisters, Lisha and Lisi.

David has an impressive educational background. After graduating from Larkin High School in 1998, he went on to earn a bachelor’s degree in psychology while attending the University of Illinois.

David, later, graduated from Harvard Law School and joined an American law firm, Sidley Austin. He reportedly worked at Sidley Austin for 2 years between 2005 and 2007.

David’s television career started when his niece decided to send in his audition tape. On the strength of the tape, he was chosen to be a contestant in “I Love New York 2”.

After his first appearance, he was hooked and went on to act in other films, such as “The Call” and the popular TV series, General Hospital.

In 2008, Otunga combined his two passions, wrestling, and acting. He negotiated a  development contract with World Wrestling Entertainment (WWE). He was assigned to the ever-popular development territory, Florida Championship Wrestling (FCW). He debuted on the 29th of May 2009 when he won a six-man tag team match.

On the 16th of February 2010, it was announced that David would be wrestling in the first season of NXT. After suffering a defeat on an episode of NXT on the 23rd of February, David was frustrated, having lost because of interference from his opponent’s mentor.

Despite these frustrations, he was soon to return to wreak vengeance. And on 30 March, he won an 8-man battle royal, going on to become a guest host on Raw soon after.

On Raw, Otunga’s NXT team destroyed the arena and attacked the General Manager, Bret Hart, after he refused to hand over their contracts.

The unhappy group was renamed The Nexus. They had a feud against John Cena and Raw in general. However, John Cena joined forces with the Nexus due to his defeat by Barrett at “Hell in a Cell”.

David Otunga and John Cena went on to win the WWE Tag Team Championship on the 24th of October.

David made an appearance once again when he teamed up with Michael McGillicutty and won the WWE Tag Team Championship. On the 1st of August, an episode was aired, announcing the end of the New Nexus.

He had been in the ring with Randy Orton, Daniel Bryan, and many of the richest wrestlers in the world, coming out on top many times.

After a few more wrestling appearances, David retired from the ring and was hired as a commentator with WWE’s commentary team. His official Instagram account offers an insight into his new career and acting life.

Having started out so well, it’s no wonder that David Otunga has so much money from wrestling. But more than that, he’s been successful as an actor as well, which has bumped up his earnings substantially.

Top wrestlers earn excellent fees for their appearances, with the best ones getting annual contracts as well as bonuses and endorsement fees. David has added acting to his repertoire, which means that his income is much more substantial than most.

Here’s a breakdown of David Otunga’s annual net worth:

David married the well-known singer and actress, Jennifer Hudson, in the fall of 2008. After only knowing her for 7 months, David proposed to her on her 27th birthday. Jennifer went on to give birth to a son, David Daniel Otunga JR.

After a decade of being together, the two were divorced following allegations of domestic violence. Jennifer took out protective orders against David, preventing him from visiting unannounced. Despite the legalities, David is a family-orientated man and takes time off when his family is in need.

David was there for his family when Jennifer Hudson’s mother, brother, and nephew were brutally murdered in a jealous rage by William Balfour.

David is an intelligent, highly skilled athlete. This has allowed him to achieve success within the physically dangerous world of professional wrestling without succumbing to serious injury. He quit while he was ahead and continues to serve his fans and the sport of wrestling.

Here are some highlights from David Otunga’s career:

How Does David Otunga Spend His Money?

David Otunga lives a relatively simple celebrity life with few luxuries. He is a sophisticated man who is very selective when it comes to the investments he makes.

He has purchased a property called Burr Ridge which is reportedly worth $745,000.

David doesn’t drive the most expensive cars in the world, nor is he overly ostentatious in his dress.

David was very calculated in his approach to wrestling. He knew that to make money he needed to make an impression and set about creating a persona that was edgy and polarizing. This turned him into a celebrity who the fans were keen to see.

Here are some of the best highlights of David Otunga’s career:

Despite his outward appearance, David Otunga is a highly intelligent and thoughtful person. He is willing to learn from whomever he meets and has a pragmatic approach to life.

You’re just as likely to find him with a book in his hand as you are to find him pumping iron in the gym.

Here are our favorite quotes from David Otunga:

David’s career success has been no accident. He is extremely goal-driven and when he wants something he goes for it with a single-minded passion.

Whether he’s wrestling, commentating, or acting, he brings a refreshing level of professionalism to everything he does.

Now that you know all about David Otunga’s net worth, here are some of the best success lessons to learn from David Otunga:

1. Know What You Want

Through everything, David had one goal in life and that was to be WWE Champion. He went on to pursue his dream no matter what it took.

2. Your Experience Is What Counts

Take the knowledge that you earned along with you in your career. Even if it is something that has nothing to do with the career you are in. David took his law degree and helped his fellow wrestlers when they were in need.

3. Be Loyal To Your Colleagues

Loyalty is everything, especially when it comes to wrestling. Without loyalty, your success will leave you in a lonely place.

David Otunga is currently retired from wrestling but still makes a living by commentating on what was once his overriding passion. After coming from obscurity to make a name for himself, David has left his mark on the wrestling world as one of the longest-standing members of “The Nexus”.

David continues to commentate and act while seeing his net worth rise. He has managed to build impressive wealth for himself in a relatively short space of time.

As of February 2023, David Otunga’s net worth is estimated to be $10 Million.

What do you think about David Otunga’s net worth? Leave a comment below.