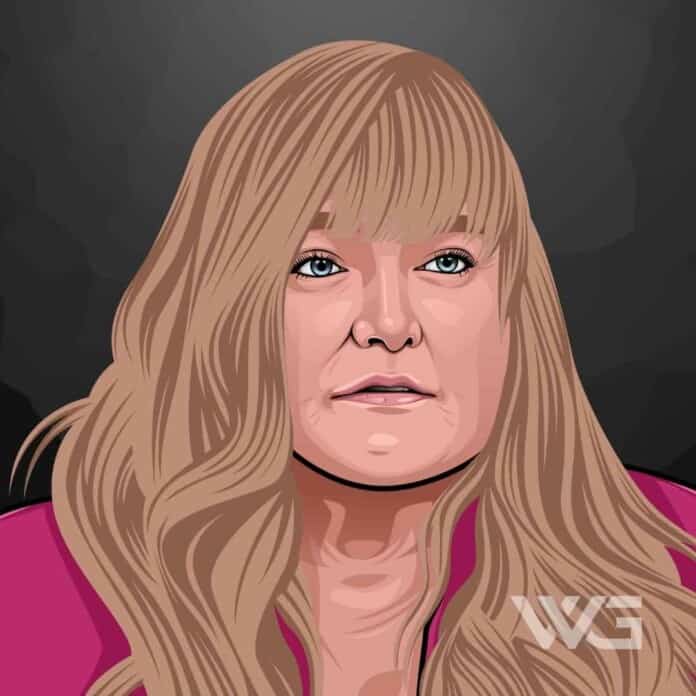 What is Debbie Rowe’s net worth?

Debbie Rowe is an American nurse.

Rowe is probably best known for her marriage to the legendary pop singer Michael Jackson, with whom she has two children. Today, she stays in Palmdale, California.

Deborah Jeanne Rowe was born on the 6th of December, 1958, in Washington.

Rowe is the daughter of Barbara Chilcutt and Gordon Rowe. Her father, Gordon, divorced her mother a few weeks before her second birthday.

She was raised alone by her mother, a few aunts, and maternal grandmother. Rowe first married Richard Edelman in 1982 and converted to Judaism. The couple divorced a few years later in 1988.

Rowe met Michael Jackson while Jackson was treated for vitiligo. In 1996, she was pregnant and the two were married 1996 in Sydney, Australia.

Rowe has described herself as a private person and she almost never gave interviews. In 1999, Rowe and Jackson were divorced and Rowe gave full custody rights of the children to Jackson.

In 2001, she went to a private judge to have her parental rights for the two children terminated. After Jackson was charged with 10 counts of child abuse, she went to court to have the decision reversed in 2004.

The following year, she sold her Beverly Hills home for $1.3 million and bought a ranch in Palmdale. A few years later, she sued Jackson for one immediate payment of $195,000 and one payment of $50,000 to pursue a child custody case.

How Does Debbie Rowe Spend Her Money?

Here are some of the best highlights of Debbie Rowe’s career:

“My lawyer is telling me I have to take some responsibility for the welfare of the children. Do I want the kids? Hell no. Does it look good for me to ask for them? Absolutely. I don’t want to look like the woman who gave away her kids and just forgot about them.” – Debbie Rowe

“I had a very ‘colorful’ language, and every time I went to say something, Michael would cut me off with words like ‘shoot’ and ‘fudge.’ He didn’t like curses. He didn’t think it was necessary when other words would do.” – Debbie Rowe

“You know what Michael did? He got me the most fabulous place to live. If you read the tabloids, it’s the enclave of the enclave, Beverly Hills, which I have no idea what an enclave is. If it’s chic-chic, it’s cool.” – Debbie Rowe

“I am possessive and protective of my babies. Their happiness means more to me than anything else on this world. I love them more than I would ever have thought was possible.” – Debbie Rowe

Now that you know all about Debbie Rowe’s net worth and how she achieved success; let’s take a look at some of the best lessons we can learn from her:

One of the saddest things in this world is to see a child grow up hating one of their parents because they only got one side of the story.

Everybody needs a safe place, and it should be their home.

If you regret anything in your life, then you haven’t learned any lessons.

How much is Debbie Rowe worth?

Debbie Rowe’s net worth is estimated to be $25 Million.

How old is Debbie Rowe?

How tall is Debbie Rowe?

Debbie Rowe is an American nurse who is best known for her marriage to Michael Jackson.

Rowe rose to fame after being the mother of Michael Jackson’s two kids. They met while she was working in Dr. Arnold Klein’s dermatology office. He was treated for vitiligo there.

What do you think about Debbie Rowe’s net worth? Leave a comment below.